LOS ANGELES, California — Hundreds of protesters gathered at the Los Angeles City Hall on Friday to oppose Gov. Gavin Newsom’s coronavirus stay-at-home orders and to demand the economy be re-opened.

Hundreds more circled the area on a parade route of vehicles, many decorated with American flags and protest signs — “Freedom is essential” — honking their horns in solidarity with the crowd on the City Hall steps.

The protest was organized by a group called “We Have Rights,” with the support of other groups, such as the Libertarian Party of Los Angeles County. Half a dozen rallies were held Friday across Southern California.

A woman who identified herself as a nurse, holding a sign that said, “Stop Newsom Open California,” told Breitbart News that she wanted to see the whole country reopened — “Not just California, all the states.”

She noted that while she had been able to stay at work without becoming sick, many patients in need of care had been unable to come to the hospital for treatments other than for coronavirus. “People are suffering,” she said.

Almost all of the signs were homemade. One man drew an image of the Statue of Liberty being arrested: 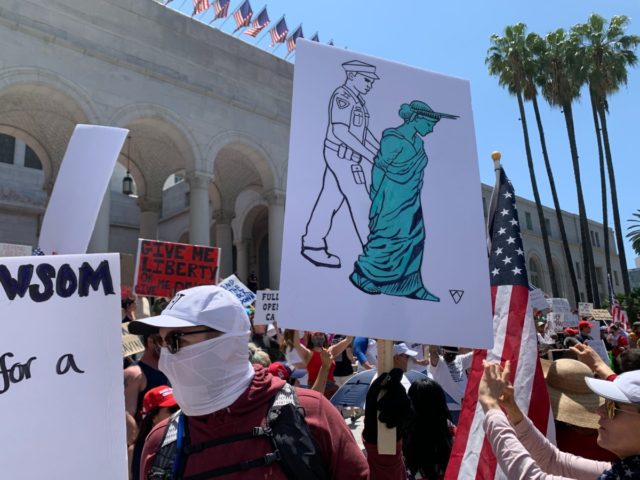 Other signs targeted Gov. Newsom, who courted controversy this week by closing beaches in Orange County — as they have been closed for weeks in Los Angeles County and elsewhere: 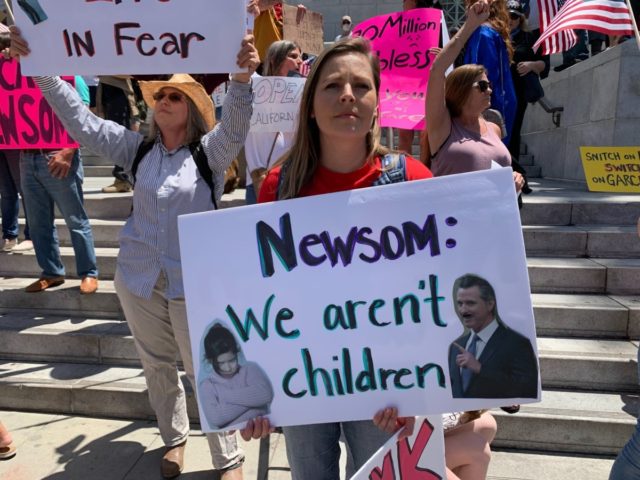 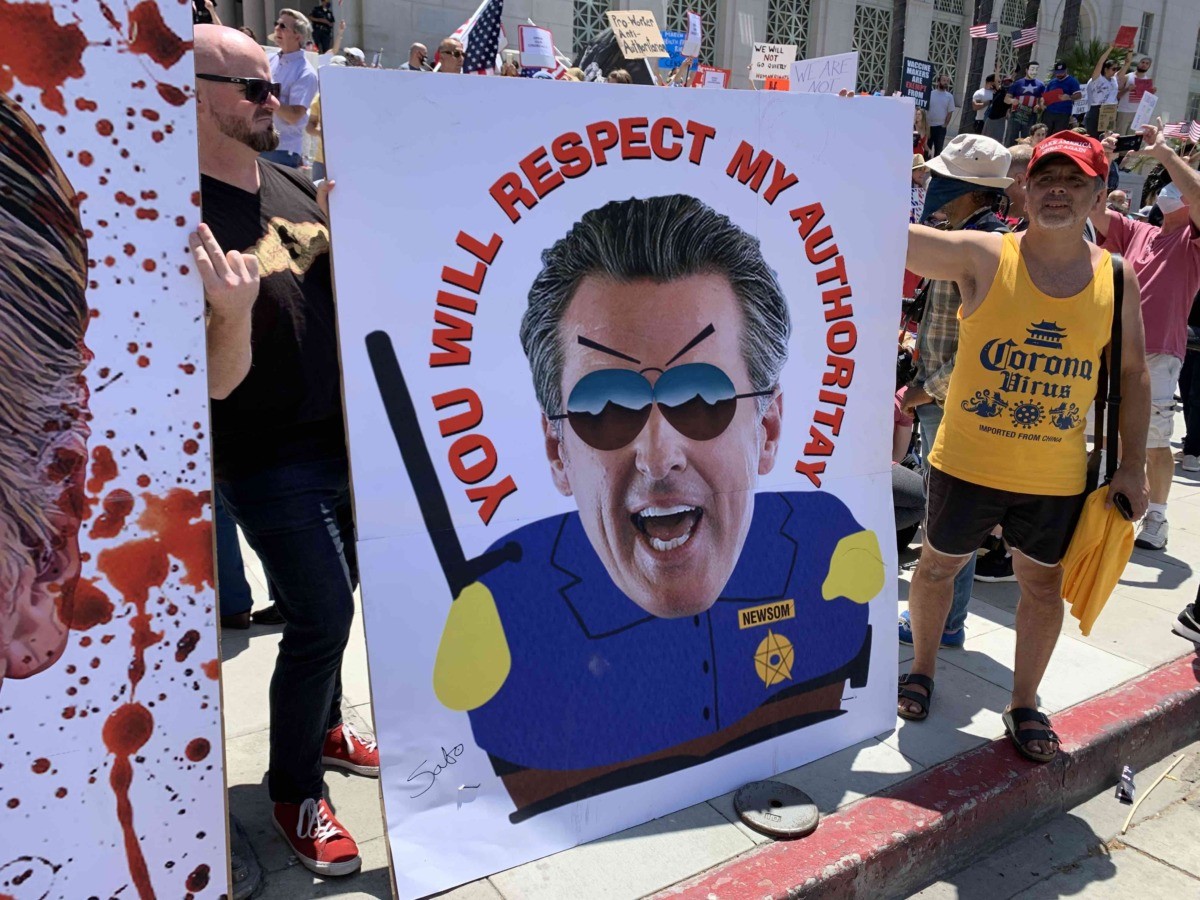 Some demonstrators brought their children — all of whom are home from school. Some complained about the lack of recreation; others held signs protesting their parents being sent home from “non-essential” jobs. 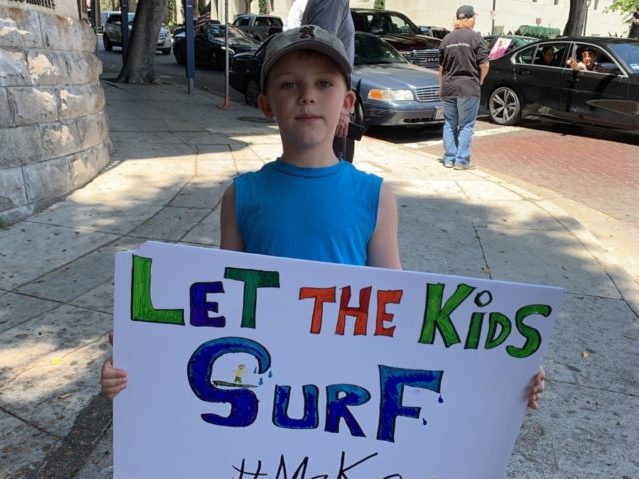 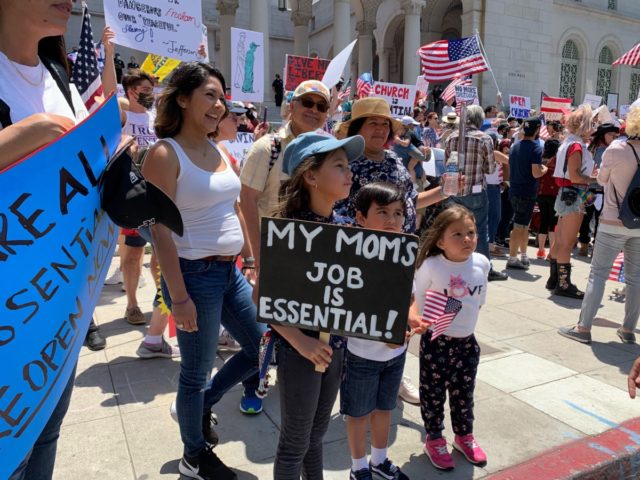 While the rally organizers officially required participants to maintain “social distancing,” some demonstrators bunched together on the steps of City Hall. 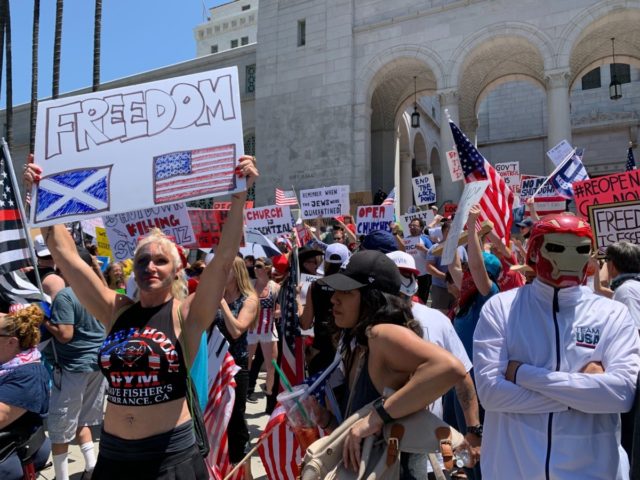 At a safer distance, across the road, was a small group of far-left protesters from the Revolutionary Communist Party of Los Angeles, a more familiar May Day sight, demanding that President Donald Trump and Vice President Mike Pence be ousted from office. Police separated the groups. 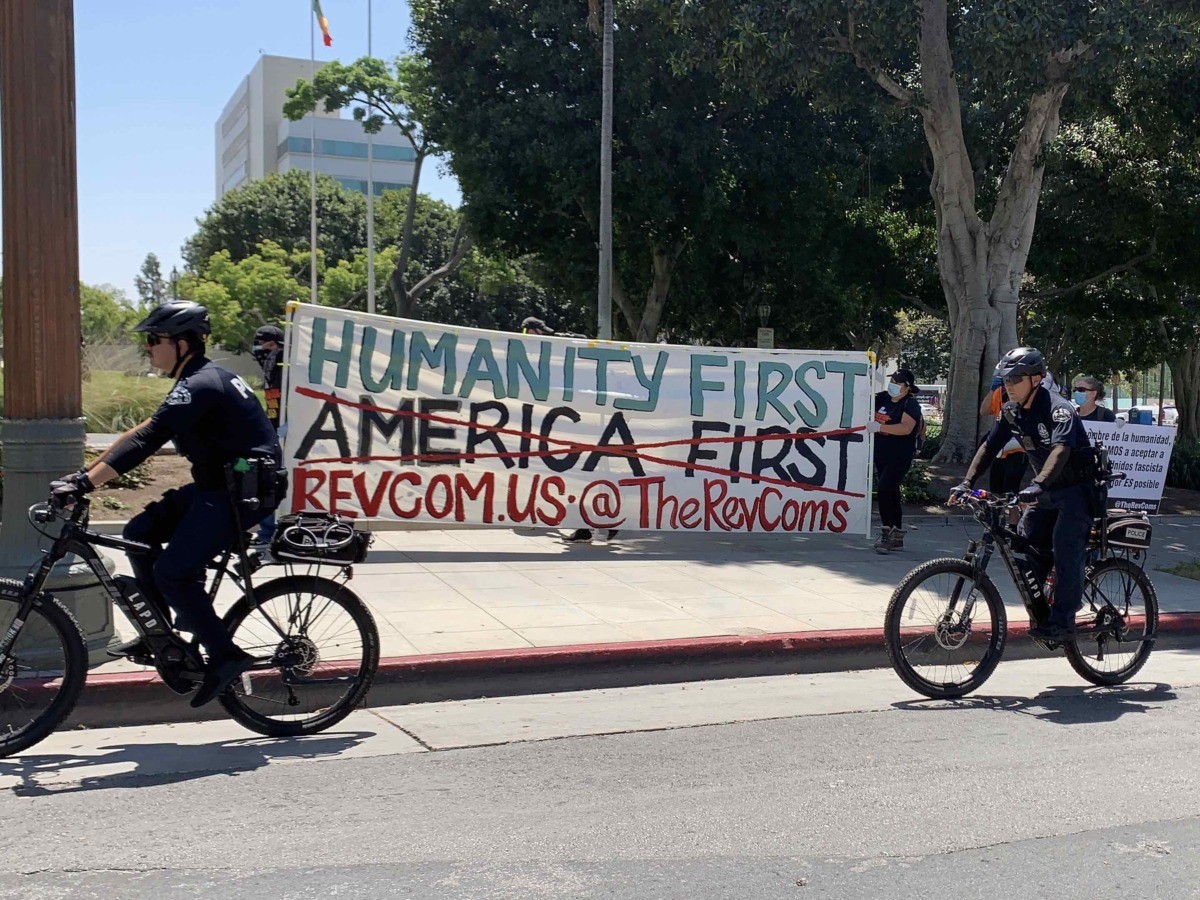 “This is America! Look at the turnout!” one man said, addressing the crowd through a bullhorn. “Look at all This red, white, and blue. So many people just proud, proud — standing up for the First Amendment.

“Our forefathers wrote the First Amendment so that this exact thing would not happen,” he said, to cheers. 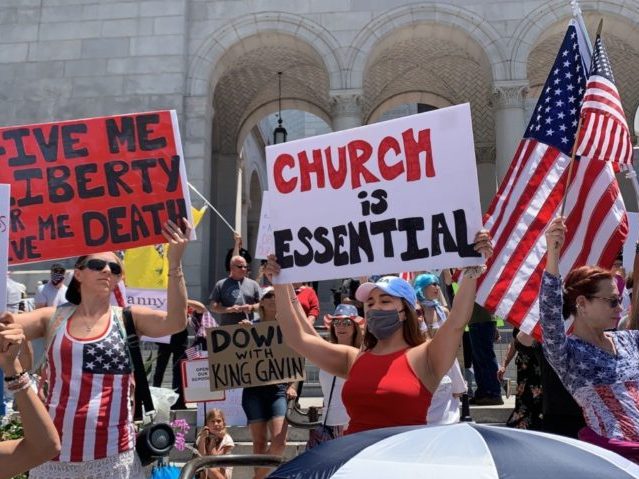 The crowd chanted “Open California” and “USA,” before reciting the Pledge of Allegiance together.