The outlook of American consumers dimmed considerably in November as Americans adjusted to the likelihood of a Biden presidency and the surge in coronavirus infections.

The final November headline reading was largely in line with the preliminary figure released midmonth. But that steadiness masks big changes in the components of the index.

The index of expectations plummeted 11 percent to 70.5, indicating less optimism about the year ahead. News of the effectiveness of multiple vaccines did not improve expectations.

“Importantly, the November data were less optimistic than last month due to the resurgence in covid infections and deaths as well as partisan shifts due to the outcome of the presidential election,” said Richard Curtin, the chief economist of the survey.

The decline in expectations was somewhat offset by a rise in the assessment of the current situation. A big part of the decline was driven by Republicans worried about the economic future during a Biden presidency.

“For the first time since Trump entered office, Democrats rather than Republicans held a more optimistic economic outlook,” Curtin said. 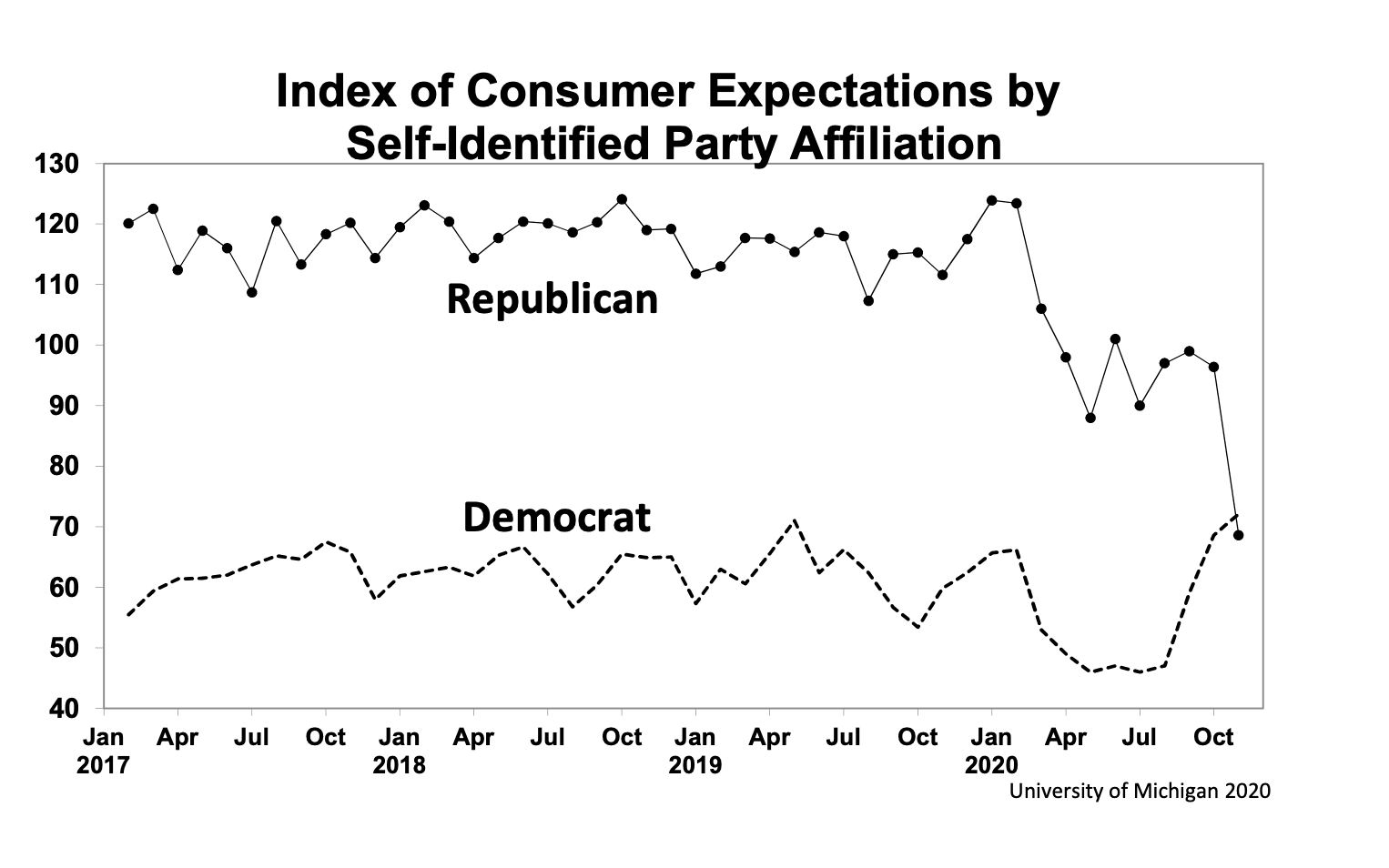 Despite the surge in Democratic optimism, the prospect of a Biden presidency has not driven his supporters to be anywhere near as optimistic as Trump’s were during his presidency. Similarly, Republicans are not as pessimistic as the Democrats have been for most of the Trump era.

Democrats are far more likely to say the coronavirus has had a major impact on their lives, according to the survey. Just 36 percent of Republicans say the virus has changed their lives to a great extent, compared with 59 percent of Democrats.

“In the months ahead, if infections and deaths rise as anticipated, further declines in optimism are likely,” Curtin said. “Widespread closures would incur a heavy toll on the entire economy and cause escalating hardships among some households.”

Curtin argues that Congress should not wait until the new administration takes over, although that seems increasingly likely.

“A delay in federal aid until next year would allow great harm and permanent damage to occur to many firms, local governments, and households,” Curtin said.