Republican governors and legislatures are leading Americans back to work, according to analysis of the state-by-state unemployment data from the Department of Labor.

The data, compiled by the Republican National Committee research team, revealed that the unemployment rates “were lower in September in 27 states and the District of Columbia, higher in 1 state, and stable in 22 states.”

The analysis shows that states led by a Republican have more recovered jobs and lower unemployment than those led by Democrats.

Without interruption from a Democrat-led state, the top 14 states leading in job growth as states across the country continue to end the coronavirus restrictions, and Americans get back in the states run by a Republican governor.

Looking further into the data, the RNC analysis confirms that 17 of the top 20 states led by Republican governors are doing a better job versus those led by Democrats governors. Plus, 18 of the top 20 recovering states have Republican-controlled legislatures.

In comparison, only 67 percent of the Democrat-led states have recovered their lost jobs since the beginning of the pandemic. 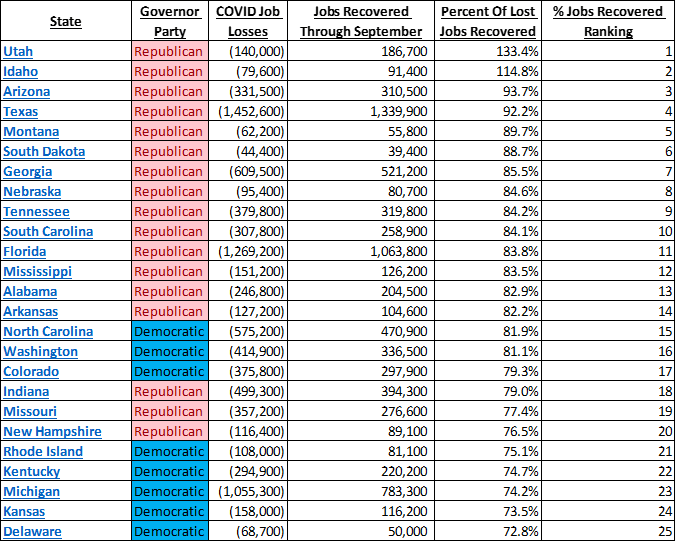 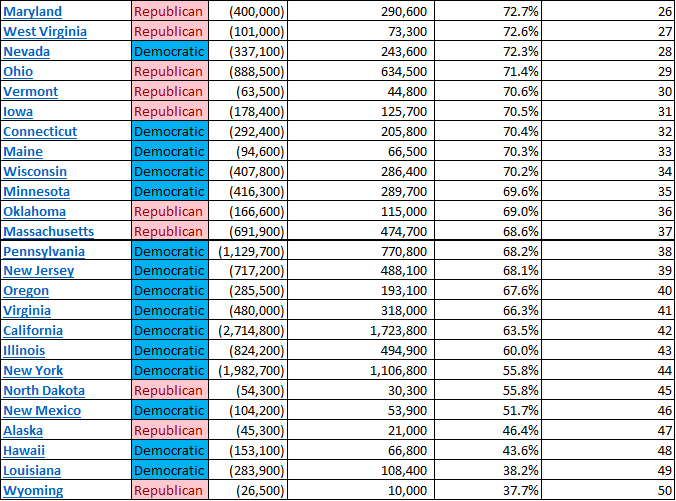 Moreover, without interruption from a Democrat-led state, the top 11 states that are Republican-led have lower unemployment rates, according to the RNC analysis. Additionally, 16 of the top 20 states with the lowest unemployment rates are all led by Republicans.

The eight states with the highest unemployment number in September — which half (four) are above seven percent — are led by Democrat governors. 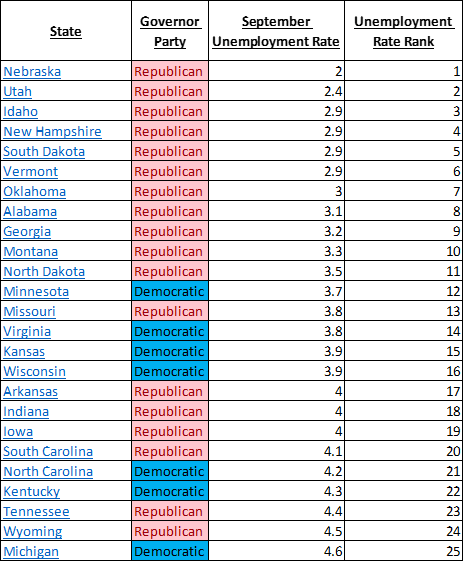 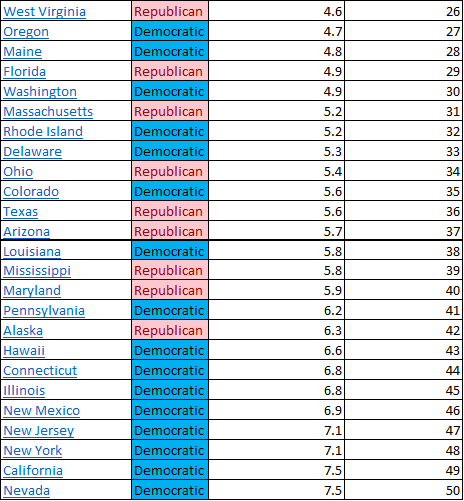 The data showed that the Republican governors who have opened their states’ economies quicker and helped Americans get back to work had seen progress in the last year. Some states even showed better statistics than before the pandemic.

Under President Joe Biden, inflation is now expected to reach the highest level it has been in more than ten years. “The 10-year break-even rate implied that bond market investors expect that the consumer-price index will rise by an annual average of 2.62 over the next decade, the highest rate since 2012,” Breitbart News reported.

This has solidified those worrying about the Federal Reserve not being able to lower the inflation expectations back down to the long-term target rate of only two percent.

In light of this, a recent poll from Fox News showed that an overwhelming majority (87 percent) of registered voters said they are either “extremely” or “very concerned” worried about the widespread inflation happening to the United States, as well as the 84 percent who said they have also been worried about their families dealing with the rising gas prices.

This comes as a recent report showing gas prices for the last 27 days in a row (the end of September and all of October) have risen by roughly 20 cents per gallon of gas.

Furthermore, 59 percent of the poll respondents disapproved of Biden’s job performance regarding the economy. Only 39 percent approved of the president’s handling of the economy.