Breitbart Tech editor Milo Yiannopoulos’ tour of U.S. university campuses has started off with a bang. His first event, at Rutgers University in New Jersey, was disrupted by feminists and Black Lives Matter protesters, who chanted slogans and smeared fake blood on their faces before storming out of the auditorium.

Yiannopoulos had been invited by the Young Americans For Liberty at Rutgers to speak on “How the Progressive Left Is Destroying Education.” The event drew a huge crowd, with the line of students waiting to enter the venue stretching around campus. It’s the first stage of Yiannopoulos “Dangerous Faggot Tour,” a series of speeches by the Breitbart Tech editor on U.S campuses, which have become hotbeds of regressive-left radicalism in recent months. 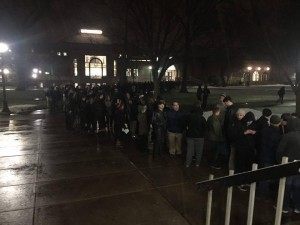 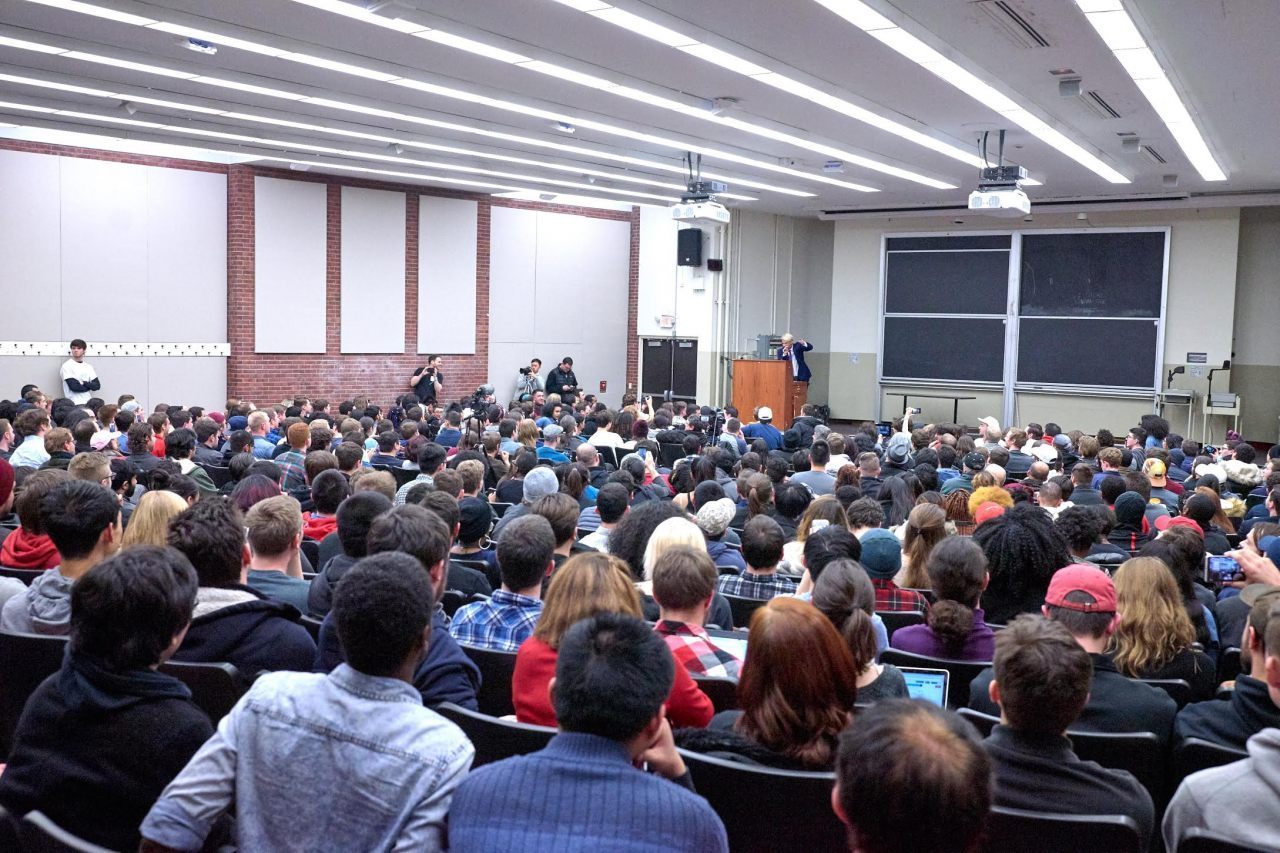 Midway through his speech, Yiannopoulos faced disruption from a number of progressive activists on campus, who smeared fake blood on their faces and chanted “Black Lives Matter.” However, their chants were drowned out by Milo’s supporters, who fought back with their own chant: “TRUMP, TRUMP, TRUMP.”

The extraordinary scenes were captured on camera by attendees:

Students protest by painting themselves with blood. The other side chants, "Trump, Trump, Trump" #MiloAtRutgers pic.twitter.com/Ir4TpAKJDC 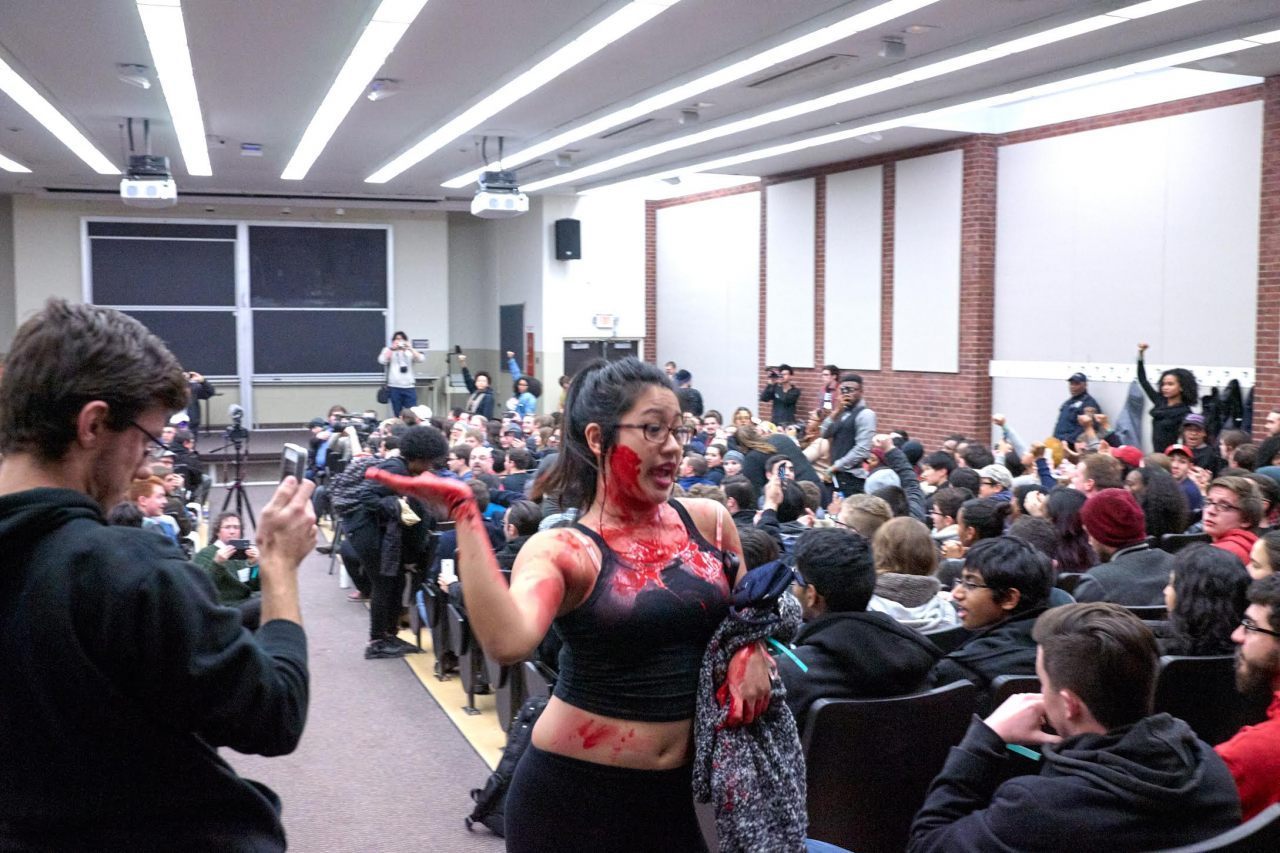 After their two minutes of fame, the progressives stormed out of the auditorium, leaving a trail of red paint for the janitors to clean up.

Walls, seats, and doors were also vandalised by the protesters. Peaceful attendees who had come to hear a speech instead found themselves splashed with the fake blood. At least one attendee was allegedly assaulted by a protester, who covered him in red paint. 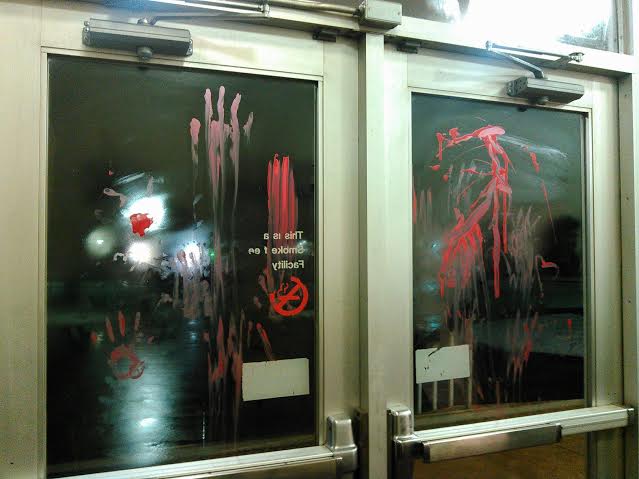 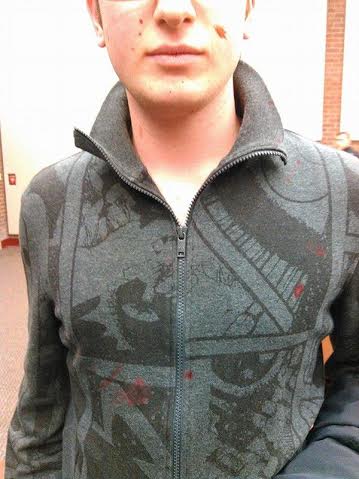 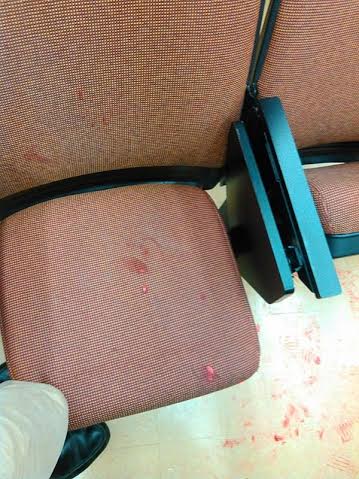 The protests continued outside:

After the protesters left the auditorium, the event continued with Yiannopoulos taking questions from the audience, who later queued up for autographs and photos with the Breitbart Tech editor. In contrast to the activists, Yiannopoulos’ supporters conducted themselves peacefully for the rest of the evening. 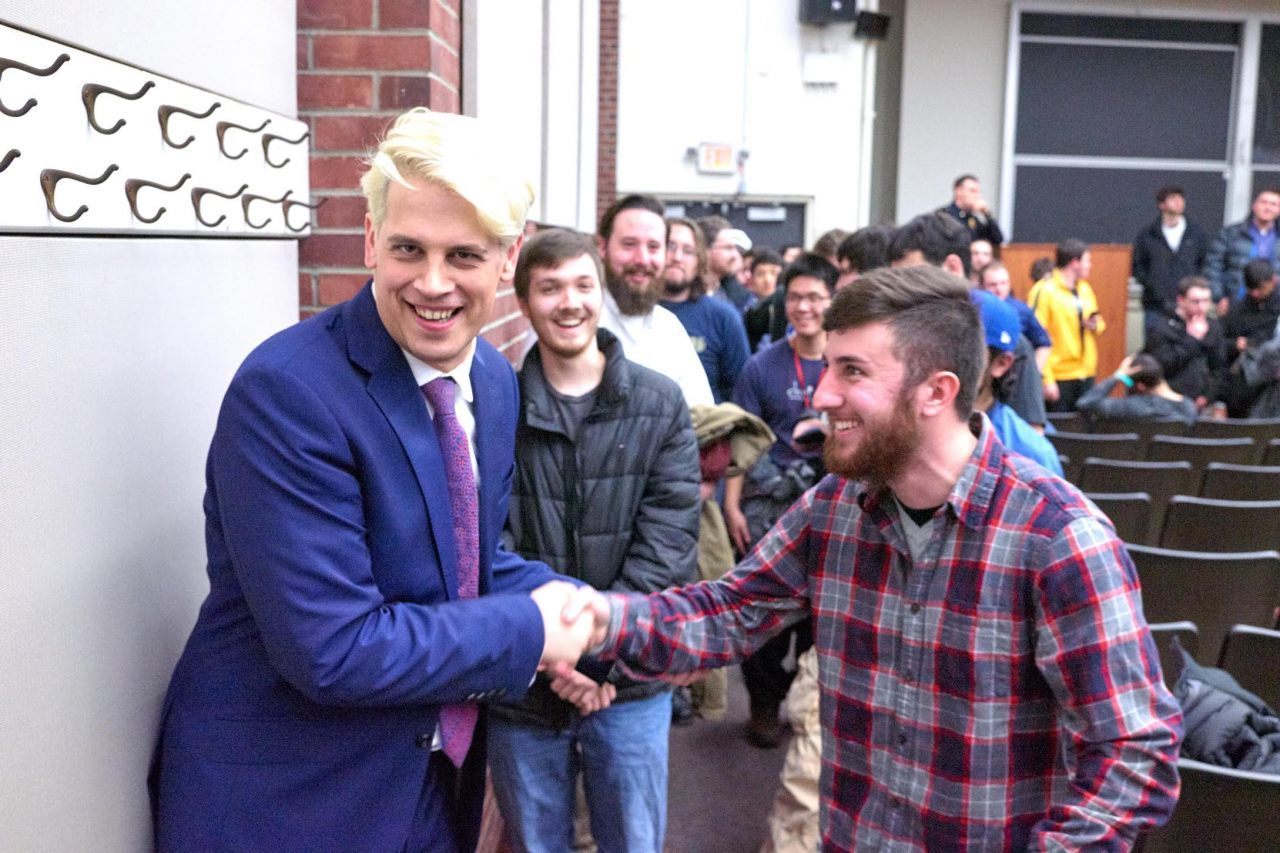 Event organiser Aviv Khavich, who was hit by some of the protesters’ red paint, hailed the event as a success despite the incident.

We knew from the get-go that there would be protests. That wasn’t a surprise. Milo is obviously a very controversial character and protests sort of come as a given. What we didn’t expect was the sheer level of unruly chaos that the protesters brought, or that so many of them would be able to make it into the audience. We didn’t expect them to cover themselves, the building and others in red paint to protest some vague idea of Milo being “hateful.” They were misinformed, if at all informed, on Milo’s stances, and they were incredibly unwise in their choice of action.

The event was obviously a huge success. The protests brought even larger publicity, and there were at least a thousand people milling about Scott Hall last night. Fans, protesters, police, the press. An admin from KnowYourMeme even showed up. Milo got shouted over a bunch, which was unfortunate, but it really served to just prove exactly the purpose of his speech: modern leftism is poisoning debate and thought at universities. You can’t even bring a harmless gay man to speak without an enormous shouting match erupting. Black Lives Matter will not benefit from this appearance, just like they did not benefit from their poor exhibition at the Dartmouth library. People are going to see them for the vitriolic hate group they are–they were assaulting people, harassing people, vandalizing the walls and floors.”

“We’re going to see a lot of people intellectually disowning BLM after this event. So, yes Milo at Rutgers was a huge leap for free speech and for challenging progressivism on university campuses.

Milo’s full speech can be heard at the following Soundcloud link:

For the ones who missed out, here's the full audio to the event. @Daily_Targum @nero#MiloAtRutgers https://t.co/NHIZGuytXM