CORONADO, California — Holocaust survivor Mike Resmo addressed the students of Coronado High School on Wednesday morning, describing his experiences as a lesson in “what bullying, bigotry, and intolerance can lead to.”

Resmo, 90, warned the students that he felt “apprehension” every time he told his story, and reassured them not to worry if he began to cry, because he always did: “It never goes away.” It took him 50 years, he said, to tell his own family about his experiences.

He described the experience of German Nazis and Hungarian auxiliaries bursting into his home and arresting him and his relatives, loading them onto cattle cars and deporting them. They had no idea where they were being taken, he recalled, or what their fate would be.

After a journey of roughly 1,000 miles, they reached Auschwitz. “They unloaded us, and we were urged to march in front of a gentleman with a baton in his hand, and as you approached him, he pointed with his baton whether you were to go to the right or to the left. … His pointing that baton determined whether you were going to live that day, or die before the day is out.”

Somehow, he said, he was put on another train and sent to the Mauthausen camp in Austria, where he was put to work blasting rock in the Alps — an activity many prisoners did not survive. He was later transferred to a forced labor camp where prisoners were assigned to help produce the V-2 rocket, which terrorized Britain.

(The BBC describes the living conditions of prisoners building the V-2: “They lived under appalling conditions, with no daylight, little sleep, food or proper sanitation. Many were executed for attempted sabotage. Eyewitness accounts describe prisoners being hanged from cranes above the rocket assembly lines.”)

“Every day I kept talking to God: I asked Him, ‘Why have You done this to us?'” Aside from one brother, who worked with him, Resmo said, he had no idea at the time what had happened to the rest of his relatives. Some were murdered.

He witnessed appalling conditions, including the disposal of human remains burned in a nearby crematorium. He survived partly by stealing potatoes from a field near the work site — for which he was once caught and punished.

He was liberated in 1945 by the U.S. Army — by an “all-black” contingent of the 84th Infantry Division, he recalled. Several of his other relatives managed to survive as well. He described the experience of finding a Coca-Cola bottle in a jeep driven by American GIs, and said that to this day, every time he drinks a Coke, he remembers the feeling of being free.

Resmo came to the U.S. in 1950. He did not speak English and only had an eighth-grade education. On his first day in New York, he said, he ate a dozen hot dogs — and was also robbed. But his experience improved, and he moved to Denver, where he found work sweeping floors, then worked his way up through several other jobs — becoming CEO of the company.

He was also drafted into the U.S. Army and served during the Korean War. He was sworn in as a U.S. citizen on board the U.S.S. Missouri — the same ship where Japan signed its surrender to end the Second World War.

He retired from the business world in 1990, and now divides his time between Coronado and Palm Desert.

Resmo told Breitbart News that antisemitism is a perpetual problem — but one that he believes he has helped to reduce. “It’s never going to go away … [but] I think I have contributed.” He said there was always more that political leaders could do to remind people of what had happened — and that they needed to do so, because “there are not many of us left that can tell the story from experience.”

He added that he has spoken to thousands of students. “I try to impress upon them with my life that this is a country of opportunity where you can do anything if you want.” 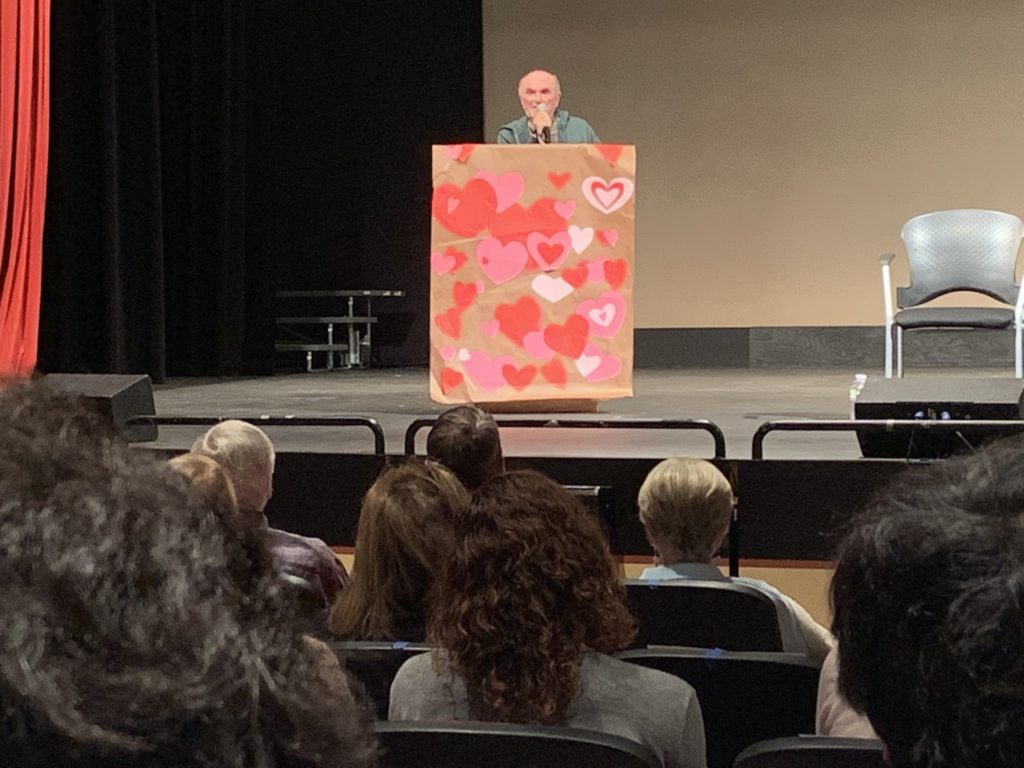 Rabbi Eli Fradkin of the Chabad of Coronado, a local Jewish congregation, helped organize the event, as well as a field trip for the students earlier in the week to the Museum of Tolerance in Los Angeles.

The trip happened, he reminded the students, because of several incidents of bullying in the school, in which students had been singled out “because of being different, or being Jewish.” Some of the bullies had apparently made reference to the Holocaust — without knowing that some of the children were descended from Holocaust survivors. Those incidents led to a school-wide intervention, and a program of education.

Resmo concluded his talk: “I’m trying to convey to you that the United States of America is the greatest place in the world to live. … Never give up, no matter what you try.”

He said that minorities, in particular, should not see their chances as being any less: “Never give yourself the feeling that you can’t make yourself what you want to be. … You can be whatever you want if you keep trying.”