Just as all movies aren’t westerns, all comics aren’t superheroes. Far from it. But superheroes are still one of (if not the) dominant genres in the comic book industry, and by far comprise the major output of our two largest American comics publishers, Marvel and DC. More to the point, it’s the comic book genre I want to focus on here.

DC’s greatest icon, Superman, one of the handful of fictional characters known throughout the world, no longer seems to be too proud of America. He still finds occasion to mention he fights for truth and justice, but no longer finishes that famous line with, “…and the American way.” Then again, according to the most recent movie, he’s become a creepy stalker and a deadbeat dad, so maybe not openly linking himself to the American ideal isn’t such a bad thing. 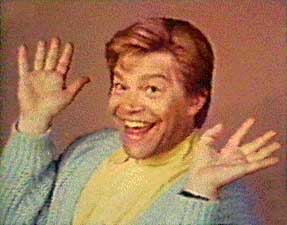 Marvel’s legendary patriot Captain America, in a comic book story published shortly after 9/11 spent a good part of the issue apologizing to the super terrorist he was battling about all of the terrible things America did in its pursuit of the cold war against the Soviets. “(But) we’ve changed. We’ve learned,” he whines. “My people never knew!” Then again, at least ol’ Cap was fighting the bad guy, so maybe there’s still hope.

Except that In another later appearance, in a different title (same company) Captain America willingly goes along with a government cover-up of a incident that resulted in massive civilian casualties. He not only goes along with it, he doesn’t even bat an eye when asked to do so.

Those are but two examples of the slow but steady degradation of the American superhero over the years. The ‘super’ is still there, more so than ever, but there seems to be a slow leak in the ‘hero’ part. There’s even a term for it, coined by (I’m not sure who, but it might have been one of two respected comics journalists) either Dirk Deppey or Tom Spurgeon. Folks, we’re smack dab in the midst of the Age of Superhero Decadence. Old fashioned ideals of courage and patriotism, backed by a deep virtue and unshakable code, seem to be… well, old fashioned.

Full disclosure time. I’m at least partially to blame for this steady chipping away of the goodness of our comic book heroes. In my very first comic series Elementals, first published close to thirty years ago, I was eager to update old superhero tropes, making my characters more real, edgier, darker — less heroic and a good deal more vulgar than the (then) current standard. Elementals was one of the first of what was later dubbed the ‘grim and gritty’ movement in comic books. And to complicate my confession, I’m still proud of much of that early work. At least my crass and corrupted Elemental heroes still fought, albeit imperfectly, for the clear good, against the clear evil.

What can I say? When I was young and foolish I was young and foolish. In hindsight I should have realized then what is so obvious today. In any industry, especially one as inbred and insular as the comics world, one excess feeds another. Of course we didn’t think of it as excess. We called it stretching the boundaries. Pushing the envelope. Doing a bigger and better car chase in this one than they did in that one. And every other cliche we could summon to our defense. “If they got away with having their hero accidentally kill his opponent in that book, then we’re going to outdo them by having our guy purposely kill someone in ours!” And so on, until today an onscreen (and quite graphic) disemboweling of a superhero’s opponent is not only allowed, it’s no big thing.

Don’t get me wrong. All is not completely dire in the comic book industry. For the most part superhero stories still involve the good guys battling the bad guys for identifiably good causes. And even in that story mentioned above where Captain America participates in the sinister cover-up, under the pen of the same writer, a few issues later he resurrects a shade of his former self (summons his inner John Wayne if you will) and tells an evil alien invader he’s fighting, “Surrender? Surrender??? You think this letter on my forehead stands for France?” (The letter is an ‘A’ for America, of course.) Good one, Cap.

Along with many others, I’ve come to the conclusion that we’ve gone too far, but not irreversibly so.

So, finally to the point of this note. Borrowing some wisdom from the famous parable of the mote in one fellow’s eye, and the whole beam in another’s, it would be the height of hypocrisy for me to make any call for our industry to clean up its act, until I’ve first cleaned up my own. I’ve already made some progress down that road. In my run writing the Robin series (of Batman fame), I made sure both Batman and Robin were portrayed as good, steadfast heroes, with unshakable personal codes and a firm grasp of their mission. I even got to do a story where Robin parachuted into Afghanistan with a group of very patriotic military superheroes on a full-scale, C130 gunship-supported combat mission. And in my short run on the Shadowpact series I kept to the same standard (but with less success as several story details were editorially imposed).

No more superhero decadence for me. Period. From now on, when I write within the superhero genre I intend to do it right. And if I am ever again privileged to be allowed to write Superman, you can bet your sweet bootie that he’ll find the opportunity to bring back “and the American way,” to his famous credo.

For now, I invite others in my business to follow suit, as their own consciences dictate. We’ll talk more about this later.

As I said above, not all comic stories are about superheroes. Comics are a medium, not a genre. There’s still plenty of room for gray areas, stories of moral ambiguity, and the eternal struggle of imperfect people trying to find their way in a bleak and indifferent world. I plan to continue all of that and more in my Fables series. But for me at least the superhero genre should be different, better, with higher standards, loftier ideals and a more virtuous — more American — point of view.

Call this my mission statement. Or even my pledge.