It has been 29 years since I created the role of Starbuck, 25 since breathing life into dear old Templeton Peck, aka Faceman. During the past decade I have, on occasion, attended conventions where one has the opportunity to meet, in person, those dear people, who watched both characters as they gambled and flirted and huffed and puffed and fought the bad guys and seduced the good girls. This experience has been enlightening. To wit: 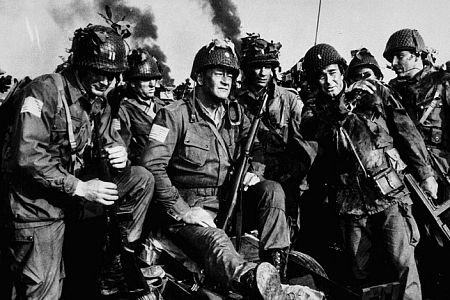 At my very first convention, I was coming out of an elevator as a fan was entering. She glanced at me, gasped and said, “My God, what happened to you?” It took me a couple minutes to understand her statement. What she was gasping about and referring to was the all too visual fact that I no longer looked the same. I had changed! AGED! She found this fact surprising. Stunning, perhaps, from the size of her gasp. This gave me pause.

This experience would be followed, innumerable times, with similar reactions. These people had not seen me since both “The A Team” and “Battlestar Galactica” were cancelled, neither in person nor on the glowing screen in their living rooms – and they were completely taken aback that I no longer looked the same as I did three decades earlier. That Mother Nature or Father Time or both in cahoots, had had their way with me. I found this profoundly sad. Not that I had changed, but that they were surprised that I had. It made me think, as I am wont to do, while chopping firewood in my Montana hideaway. It goes like this.

During the past one hundred years, mankind has split the atom; walked on the moon; invented the radio, the telephone; discovered penicillin; made advances that stagger the imagination in every arena of human endeavor. But none of the men and women responsible for any of these incredible achievements can compare with Mickey Mouse when it comes to being a Celebrity. Mickey Mouse is the most famous image of the past century.

There isn’t a celebrity anywhere, be it President, Movie Star, Rapper, TV Star, or Talk Show hostess, that doesn’t have Mickey to thank for showing the way. In 1928, Mickey made his first film “Steamboat Willie,” and quickly became the most famous individual in the world, and still is according to most polls. Truly, the star of all stars. And while he has yet to buy a second home in Montana (or the South of France) or run for President, there are plenty of those who live vicariously off his fame that have.

It’s all Mickey’s fault. He has shown us all the power that comes from releasing “image” from the prison of reality. Unlike lesser stars, he is free from needing plastic surgeons, private trainers, PR spin doctors. He, that is, his image, will live forever, effortlessly conquering reality with each new generation of fans. Long after Madonna has given up her steel tits for a platinum coffin, Mickey will be packing them in. He is a marketing marvel and the envy of all those whose dream is immortality through celebrity. We idolize Mickey because we know he, and he alone, has defeated death. And our specific fear of death is nothing more than the ultimate expression of our general fear of the aging process … growing old.

We live by our image and we die by our image. And when that image no longer reflects back on us in the same way that brought us our celebrity, to whatever degree, we “fix” it with the surgeon’s knife. But in the end, there is no surgeon that can save us from the truth. To be alive is to change. To change is to let go. Continually. Of all things, not just youth and beauty, but of old age and, finally (horrors) life.

If it weren’t for Mickey, we wouldn’t have to have the mortality of our selves and our stardom continually rubbed in our surgically enhanced faces as we tenaciously hang on to youth, fame and fortune. Mickey needs no rejuvenation. He is, after all, the perfect star and therefore pure image and not really human at all.

The old God is dead. Long live Mickey. He is the essence of our own divine image, of our celebrated selves, as we struggle for rejuvenation ad infinitum. We have created a new God and he is Us. We idolize our Selves. We are the viewer and we are the viewed. We keep our despair buried beneath our material possessions and eternal youth and two week vacations as we gaze constantly upon our own Perfect Image until the fatuity of this viciously spiritless cycle dawns on us and we do, finally and against our will, change, grow old and, alas, die. And in that same instant recognize that God is NOT dead. That Mickey is a lie. A hoax. Mirage. Nothing but pure image and personality, void of spirit.

Surgical rejuvenation is violence committed against ourselves as some misguided but socially acceptable, socially required notion of it as an expression of individuality. And control. Perceived as a means of empowering the individual, it is precisely the opposite. An admission of powerlessness and fear. Plastic surgery is a member of the same family as acts of suicide. The surgeon’s knife, as it alters our face or changes our sex or tucks our tummy, is different only as a matter of degree from the suicide bullet or slashed wrists whose goal it is to alter completely our state of being.

Both are acts of terrorism committed against one’s self as an expression of one’s individuality. Suicide is the last desperate cry of the individual as he struggles to control his fate. It is the ultimate (final) face lift and full body tuck, taken in anger and borne out of fear that there is a Higher Power to which he or she will finally and forever have to answer.

Fear, in other words, that it is not God, but Mickey Mouse who is dead, who has always been dead. Not in image, but in spirit. Spirit-less. A poseur. Not even a real rodent (they too are mortal) but the mere image of one, mass marketed by the same propagandists and sellers of false dreams that sold us our own image of ourselves. And if Mickey, our hero, our God, our star of stars, is dead … then what chance have we?

Choose your poison. More surgery? More toys? More fame? More fortune? More…? All suicide. All attempts to avoid the Hemingwayesque death of the individual too long in idolatrous worship at the altar of his own image. Our options dwindle as our desperation grows. Less surgery? Fewer toys? Smaller fortunes? Less fame? But like the alcoholic, one drink is not enough, two drinks are too many.

Were we to let go of our false images; peel the onion layer by layer; take the mirror off the wall and let go until finally we found our real uniqueness buried at the bottom of all the imagery … on the other side of the looking glass, what would we discover? That it is not just “us” at all but rather …what?

God? Spirit? And then what…?

Then we must take the blind leap of faith into the web of life. Into the spirituality of our existence, so that we may then begin to enjoy the process of our life experience. Wherein lies real celebrity and celebration. Real love and strength and beauty and individuality. Real life and immortality.

The rest is all Mickey Mouse.

Unless, of course, they do finally re-imagine “The A-Team” as a feature film, and then I take it all back.