On Saturday January 17, 2009, during the Fox 4 0’clock news hour, Shepard Smith recalled the anniversary of President Eisenhower’s famous 1961 farewell address to the nation, but he only mentioned one of Ike’s threat warnings, the one that reminded us to beware of the “Military Industrial Complex.” This warning came from a military man, so it’s been a turn of phrase that slobbers off the lips of suspicious lefty infants shortly after they’re forced to abandon the nipple and accept Marx. 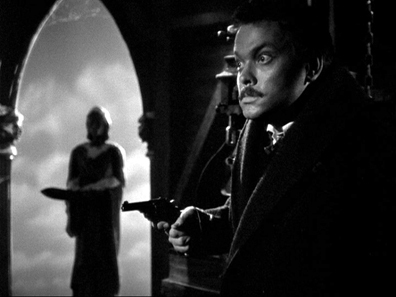 So I shouted at Shepard, “What’s wrong with threat number two, you big beautiful blue eyed capitalist! What’s wrong with Fox News and your staff? There are only two warnings in that speech for God’s sake, if you’re going to honor a historical document maybe somebody could at least read it, and maybe for once in almost fifty years remind us of Ike’s second warning: “…that public policy could itself become the captive of a scientific-technological elite.” Does anything come immediately to mind when you read that? Ike goes on, “…Partly because of the huge costs involved, a government contract becomes virtually a substitute for intellectual curiosity.” And, “The prospect of domination of the nation’s scholars by Federal employment, project allocations, and the power of money is ever present – and is gravely to be regarded.”

Do you think Ike was warning us that politicians like Al Gore and Barack Obama could cuddle with the scientific technological elite alike and, oh, I don’t know, maybe get behind Obama’s plan to tax your breath? Do you think that perhaps some time in the near future you might not be considered a person but a carbon footprint … does something like that sound ridiculous?

Have you seen how fast Obama has placed environmental academic hysterics and socialists in positions of real power? Steven Chu, John Holdren, Carol Browner and others are there to see to it that every exhaust in your life is a financial event favorable to the government. So how is it that one of Ike’s warnings became famous and the other a historical ghost note?

It’s really not hard to grasp. Our educational institutions monitor and control historical information and also educate and train the future guardians of public discourse — the indispensable journalists we read, see, and hear every day. By definition both the media and our nation’s scholars digest information and parcel it out in what should be an honest and thoughtful way. They digested Ike’s warning about the military and saw fit to warn us 10 billion times that the military is bad and needs to be feared and pushed off campus. They digested Ike’s warning about universities, scholars, federal money, science and policy, then gave it to Helen Thomas to scatter on some hot house tomatoes in the Nevada desert. It doesn’t get any simpler.

Gore’s film “An Inconvenient Truth,” has by now been proven to be almost a 100% big fat lie, and yet there is no media outcry against it or price for Gore to pay because he is supporting the scientific technological elite who want to hold public policy captive to the carbon tax that Socialists and Democrats have wanted since the 1992 Rio summit.

This is a clear example of years of liberal bias in protective favor of the university media structure. It just takes a lot of repetition and a strong ideological preference for saying: American military bad! American university good! CO2 bad! Tax our breath! Raise the tuition! Kick the Marines off campus! Long live man made global warming and the tax dollars we shall inherit from it. STING shall be our band and “Every Breath You Take” shall be our song … revenue streams for eternity.

Repeat after me this slogan … or, if you would rather stick this on the backside of your transportation vehicle , please do and remember, paying higher taxes is patriotic, so breathe baby, breathe for your country, just don’t breathe behind our back and not let us see you, ’cause we’re talk’n money now, baby! The debate has ended!

Warning number two? What warning? Oh, you mean the military thing? We’ve taken care of that. Here’s Matt Damon’s number, he’ll tell you all about it. He went to Harvard you know. Remember, be upscale, don’t listen to Rush Limbaugh, breathe! And did I tell you to pay your taxes and act patriotic, especially when they’re going up?