I had the opportunity to see Christopher Hitchens debate Dr. William Lane Craig on the topic “Does God Exist?” at BIOLA University. The gymnasium was packed with 3,000 people, most of whom were Christians but some non-believers made a showing. Without the home court advantage, you might think Hitchens would be the Lion cast into Daniel’s Den. Surely the reciprocal of the secular university would happen; he’d get pies thrown at him, and he would be regularly booed, shouted down and mocked. Hardly. 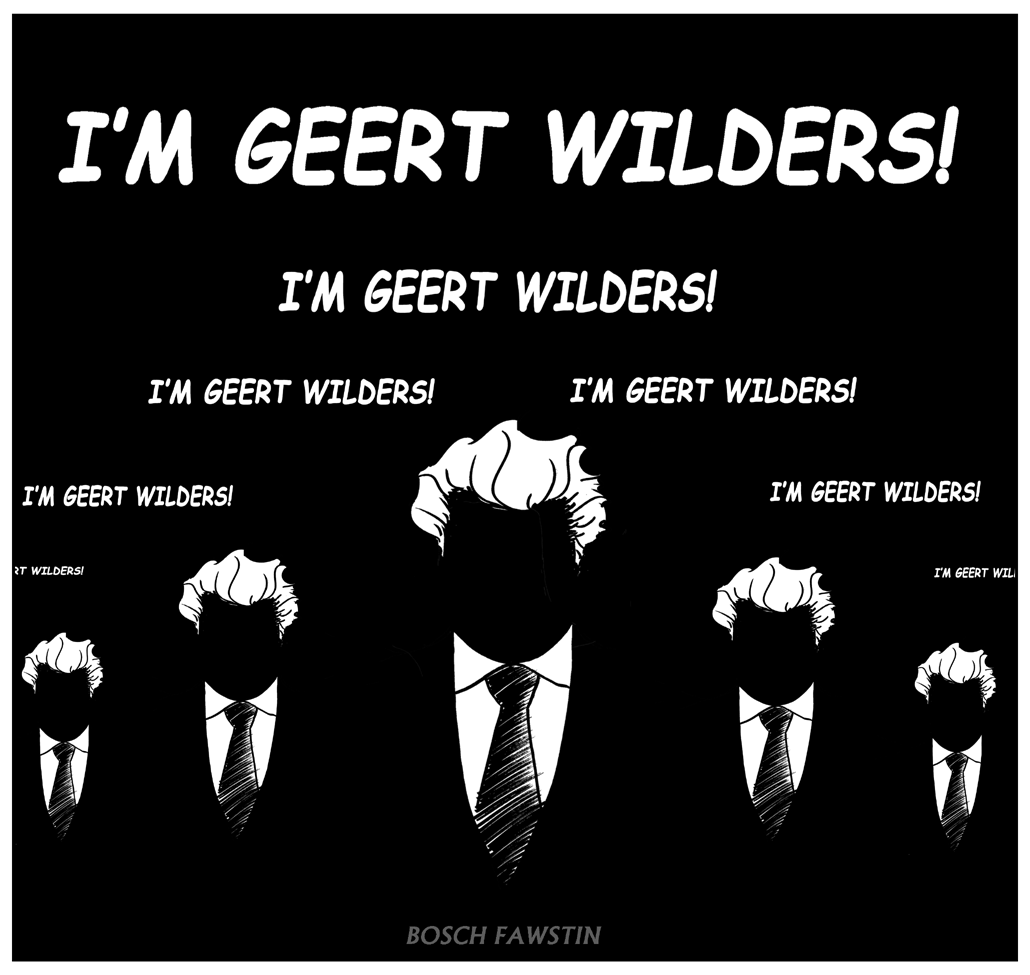 Christopher Hitchens is a kind of celebrity, even among Christians because he is an interesting character. If anything, he was warmly embraced by a crowd who generally disagreed with him even as he hurled the worst insults at God, which we consider the holiest, highest being imaginable. This is the demonstration of class and restraint I’ve noticed from a conservative Christian culture that has a much better record of tolerance than the liberal non-Christian culture.

While most of us are familiar with Christopher Hitchens, many people may not know of his opponent Dr. William Lane Craig. I simply call him, “The smartest living Christian.” Like Hitchens, Dr. Craig makes a good living at debate. Dr. Craig is a brilliant logician and eloquent advocate of the faith. He is an “evidentialist” in that he argues for the existence of God based on evidence not presupposition (which is another popular form used in debate).

I assumed Dr. Craig would win the argument and would show superior technical skills, but I didn’t know if he could beat Hitchens’ presence. In modernity, having the right arguments isn’t enough. More than ever, we are accustomed to disengaging our rational center to embrace an artful presentation. Every Republican should be woefully aware of this by now given the last election. Substance alone doesn’t cut it, so Dr. Craig’s greater challenge was to bring a presence to the room that might win over the heart, because I think he’s got a lock on the mind.

The event was moderated by radio talk show host Hugh Hewitt, who managed a quick introduction of Hitch’ and Craig but barely managed to exit the stage. He tripped on his way down, attempted a mid-air correction, contorting like a drunken baby deer having a seizure in a potato-sack. Just as his feet hit the ground he tripped again, never quite giving the audience the satisfaction of completely eating it, but Hugh is famous for having a huge dissatisfied audience. After 15 minutes of flailing on the stage he managed the near impossible task of finding his seat with his life in tact. (I’m kidding, of course. I consider Hugh a valued friend and someone I deeply respect and admire.)

The debate began with Dr. Craig’s opening arguments. He made a challenge to leave our bias at the door. Impossible, I know, but he claimed that the debate would be fought on philosophical arguments. He would rule out bad arguments, offer the historicity and logic of his good arguments, then challenge Hitchens to make a positive argument for his own atheism. This demonstrates Craig’s adherence to formal debate tactics. He doesn’t take his positions based on emotion or preference, he uses argument and reason and follows the evidence.

Dr. Craig’s evidence is presented in 5 different lines of argument:

1. The Cosmological Argument; Whatever begins to exist has a cause. The universe began to exist. Therefore, the universe has a cause. God is the best explanation for that cause.

2. The Teleological Argument; The fine-tuning of the universe is so improbable that law or chance aren’t adequate explanations. God is the best explanation.

3. The Moral Argument; If God does not exist, then objective moral values do not exist. Rape isn’t just culturally unacceptable, it’s actually wrong.

5. The Immediate Experience of God; Belief that God exists may be rationally accepted as a basic belief not grounded in argument.

Christopher Hitchens opened with an argument that Dr. Craig had the obligation to prove God exists with some amount of certainty. The burden isn’t on the atheist in the debate to show God doesn’t exist. His position is simply that of a skeptic. Given the idea that God either does exist or does not exist, Hitch thinks doubt is the better position. He alluded that it is also the more humble position.

Hitch doesn’t claim knowledge that there is no God. He claims ignorance, though he avoids calling himself an agnostic. Because he doesn’t know and Dr. Craig claims to know that God exists, the disadvantage goes to the one who says, “I know.” He says that given the stakes are so extra-ordinary (ie judgment, Heaven and hell, dying for one’s faith, killing in the name of God) the evidence provided by Dr. Craig wasn’t extra-ordinary enough to prove a God exists.

The most common argument made by Hitchens was that the world contained so much cruelty and brutality for most living creatures across most of existence that a good God didn’t seem likely, and that if He did exist that He had a lot of bloodshed to answer for. He gave examples of the pre-Christ and even pre-Jewish people who died without ever knowing the one true God. That their lives were lost in ignorance and that only recently does God come on the scene to save some. Hitch returned to this line of reasoning so many times that I’d say it was his core reason for disbelieving God.

Hitch went back to how our belief that God should personally be so concerned with us that we should have the benefit of being born post-Christ to enjoy salvation was a form of solipsism. “It’s all about us.” he said, “Everything else was wasted, but at least we’re here.”

Throughout the rest of the debate, be it the rebuttal, the conclusion, the question/answer, Hitchens returns to this classic problem of suffering, and mocks believers for finding selfish meaning in the midst of evil; “You’re a worm but take heart, it’s all made for you.”

The debate was over two hours of complex arguments and rabbit trails, but it was Dr. Craig who refused to go off track from the argument at hand. Hitchens got a lot of laughs, even with his blunt jokes against God and Christians. Dr. Craig managed a good laugh by stating that the 10 steps necessary in the universe to produce evolution consummates a miracle. Hitchens’ smile of disbelief looking over his glasses at the audience was gold. 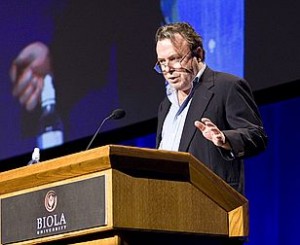 Hugh Hewitt concluded the event with a final question: “Why do people come out over the question of God’s existence?” Hitchens believed it was because theocratic threats around the world are getting more coverage and is on our minds. Dr. Craig said that it was because the fruit of Godless modernity is being rejected and people are looking for answers.

But in my opinion, though Dr. Craig won the argument (he was the only one who even presented a formal argument), Hitchens won the debate. It’s not the argument of the debaters, it’s the condition of the audience that wins the day. While few of Dr. Craig’s arguments are dispersed through culture, even religious culture, I’ve been raised on most of Hitchens’ arguments. Dr. Craig’s arguments are true and well-reasoned by difficult to comprehend on a first hearing. Hitchens’ arguments are what we’ll find spoken against God on prime time television, at the water-cooler, I’ve even heard some of them on Animal Planet. Culture generally makes Hitchens’ argument by default. And it’s easier to claim the skeptic’s nothing than affirm the something of God…even when I think the most robust argument is self evident to all of us…we’re here.

I think if there were atheists in the audience on the brink of salvation that Dr. Craig’s well-argued positions would find little purchase. Opposite that, the room of Christians would likely have a large segment of doubters, and the cultural arguments against God presented by Hitchens would likely change more minds in my opinion.

So are debates judged by the merit of the arguments or the embrace of the audience? In this all important subject, I think the effect on the audience is the preferred measurement. But the evening left little doubt to most of us that Hitchens did not make a case for atheism at all. He barely even acknowledged his own atheism which was oddly refreshing. It reminds me of G. K. Chesterton who said, “Somehow one can never manage to be an atheist.”

What’s more important is that the debate took place at all. The modern idea that discussions about God (especially for God) should be removed from the public square, education or even casual conversation is the worst position of all. It is good for these atheists and Christians to make a case for what is perhaps the most important question any of us will consider.