John Hinderaker of Poweline has alerted everyone to the release of the suppressed EPA Carlin/Davidson report along with incriminating emails by the Competitive Enterprise Institute. President Obama and his administration have again been appropriately exposed. Obama’s intent can no longer be in question, and his deceptive activities are instructive as to the role the United Nations will play in his plan to address the use of American wealth.

Because the American news media has not properly and openly questioned Susan Rice about her deliberations with the IPCC, nor the U.S. intentions concerning proposed international “monies” related to CO2, you are obliged to read the referenced CEI and EPA documents yourself; pay close attention to the copies of the emails contained in the CEI disclosure. Here are the essential elements and findings of the Carlin/Davidson report dated March 9, 2009: PDO-Pacific decadal Oscillation / AMO-Atlantic Multidecadal Oscillation/GCM-General Circulation Models/ IPCC- UN Intergovernmental Panel on Climate Change/CCSP- Climate Change Science Program/ TSD- Technical Support Document [click to enlarge]: 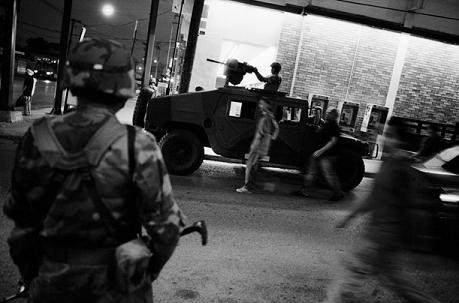 Although the suppression of this document prior to the recent vote in the house borders on criminal deception, there is a larger issue: the fraudulent determination that CO2, your exhalation, is a pollutant. Although ostensibly pertaining only to industrial exhaust, the court’s determination will inevitably be used against the individual. The Federal Government will be called upon to determine how much of a pollutant an American citizen is, not just as a consequence of possessions, but rather as a consequence of existence. This is a legal inevitability unless legislation is challenged and changed. The President is not stupid. He knows the truth and is determined to press his ideological experiment, through the IPCC, upon the American people no matter what damage is inflicted upon the people, because he ultimately deems U.S. citizens as expendable for the larger global good.

You are a pollutant, and Obama is paving the way for the international carbon tax, an excuse regulated by the global EPA, also called the UN, to remand American wealth back to the world, from which Obama believes it was unfairly taken. “Global warming” conveniently became “global climate change” and so in short order Obama’s “hope and change” will become “change without hope.”