The upcoming documentary “Not Evil Just Wrong” skewers global warming alarmists in the media and around the world. But filmmakers Ann McElhinney and Phelim McAleer contend their movie isn’t a conservative one.

“It’s a liberal, socialist film. It’s about poor people in Africa and America,” McAleer says. “We’re not interested in insulting anyone or winning political points,” McAleer continues. “I don’t care about your politics and I’m not going to demonize you.” 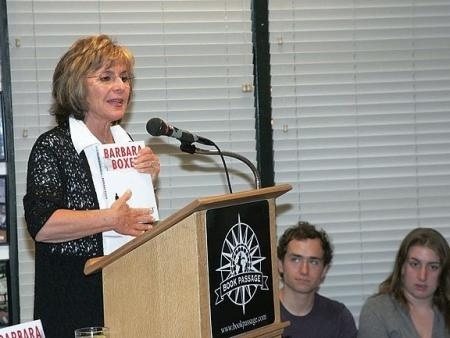 But what McAleer and McElhinney won’t stand for is watching people suffer while serious, glaring misinformation guides public policy.

That happened during the misinformation campaign surrounding the use of DDT years ago to stop the spread of malaria, they say, and it could happen soon if the U.S. adopts cap and trade legislation which will hamper industry – and curtail American prosperity.

The film sprung in part from their last film, “Mine Your Own Business.” The documentary slammed environmentalists for holding back progress in impoverished communities.

McAleer recalls working as a liberal journalist assigned to cover “an evil capitalist mining company” for the Financial Times.

When he arrived on the scene, “I discovered everything the environmentalists were saying was exaggerated or untrue,” he says, adding the locals wanted the new mines to improve their standard of living.

“Mining gives jobs to some of the most impoverished people in the world,” he adds.

While touring to promote “Mine Your Own Business,” the filmmakers were implored to investigate DDT, the insecticide which could have prevented millions of Africans from getting Malaria had it not been unfairly assaulted by environmentalists the world over.

That lead to their interest in the fractious global warming debate.

“Co2 is the new DDT. They’re demonizing it the same way,” McAleer says.

“Not Evil Just Wrong” doesn’t just feature experts who agree with the filmmakers’ views. Some sequences include those who fear the earth is warming at an alarming rate.

“Climate people always believe journalists are on their side … they assume the journalist will not ask difficult questions,” McAleer says.

McElhinney says when they challenged some of the environmentalists featured in the film, “…they take it very badly. It’s unfamiliar territory to them.”

“Not Evil Just Wrong” is set to debut Oct. 18, a date they hope will become the largest ever simultaneous film premiere. Consumers can buy DVDs of the film beforehand in the hopes they’ll wait to hit the play button until 8 p.m. EST Oct. 18 to take part in the historical attempt.

The DVD screenings will be accompanied by theatrical screenings across the U.S., and those who see the film can Twitter, Facebook, e-mail or Skype questions to a panel gathered at a D.C. screening of the film after it debuts.

The filmmakers have shown their movie to a limited number of audiences already. McElhinney says audiences are shocked by the information in the film, particularly the British court case which ruled much of Al Gore’s “An Inconvenient Truth” was either misleading or outright wrong. The court debunked key information in the film, like the claim that sea waters would rise 20 feet in the near future.

Major media outlets couldn’t be bothered to report on that truth, McElhinney says.

“That’s a story worth reporting, and it’s worth asking Al Gore about,” she says.

“They’re hopped up on testosterone and good intentions with little knowledge to back it up,” she says.