The Obama administration betrayed our Eastern European allies on the symbolic 70th anniversary of the Soviet invasion of Poland. Many in the media have chalked this up to historical ignorance, just as they claimed that “too great a workload” was responsible for his disgraceful but symbolic insult when, after receiving a pen holder fashioned from the timbers of the HMS Gannet that served for a time as an anti-slave ship, he slighted Gordon Brown with gave a gift of 25 DVDs . 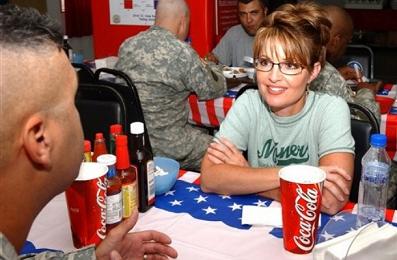 However, Obama is animated by seemingly crude gestures made powerful by his position. He and his motivated White House staff, without explanation, used a black painted piece of plywood to cover up the letters IHS (Latin for “Jesus Savior of Men”) when he spoke at a Jesuit University (Georgetown), but while speaking abroad, our president deftly referred to the Koran as ” holy,” a descriptive primarily used by followers who believe in the Islamic faith. Why?

These choices are thoughtful, not thoughtless, and symbolic of current White House ideology. When Obama was simply a candidate, and not yet our chosen leader, he had already attempted to use a circular symbol suspiciously reminiscent of the presidential seal to signify that the prize was all but attained before the fact. It was adolescent pop psychology, symbolic and laughable, but a telling trait that should have warned us that we were dealing with a symbol-holic, and a degree of hubristic thinking that had danger written all over it.

Human symbols are the glue for his “green” and very radical political testament. It’s humorous to listen to the apologists excuse the appointment of Van Jones as a failure of vetting procedures. Jones is a soul mate, not a soul mistake. He’s a beloved symbol and a disciple who habitually uses the required neo-com radical lingo. Catch phrases such as “redistribution of wealth” or “redistributive justice” are the common symbolic logos of all of Barack’s brothers and sisters like Carol Browner, Cass Sunstein, John Holdren, and Valerie Jarrett.

Manipulating words for symbolic effect is an important aspect of Barack’s background skills. He proclaimed September 11th “a national day of service and remembrance” … service first and remembrance second. Service is an unnecessary little addition to that horrible anniversary that we certainly did not need, but for it to precede remembrance in the spoken or written phrase is an affront to our national dignity. Can you imagine every news report mentioning Joe Biden first whenever referring to our national leadership? It would be demeaning to the president.

Obama symbolically and purposefully diminished the real meaning of that day, the remembrance part, for his egotistical linguistic and ideological needs. In America we don’t have a problem with service, our problem is remembering certain truths that are self evident and remembering those who first enunciated those truths to the astonishment of the entire world.

Obama has traveled that world denigrating his own country wherever and whenever possible; bowing to a Saudi king and listening to communist Daniel Ortega savagely berate the US for an hour with nary a word offered in defense of the American people are just two examples. He also smiled warmly in the direction of Hugo Chavez, a porcine tub of human excrement who happens to be presently allied with holocaust deniers and killers of our men and women in Iraq and Afghanistan.

If Obama treats his own country with such obvious disdain, can we really be surprised by the way he treats new Eastern European allies? Betraying them on the 70th anniversary of the Polish invasion was not a mistake any more than the gift of 25 dvd’s was a mistake. It was for Barack a perfect degree of respect! They will deny it, but reneging on our missile treaty agreement on this specific historical date will always remind us of the harm done to our new relationships, and of those who so arrogantly chose to abuse symbolic remembrance.