Well, I think I’ve been fairly calm and forgiving of Law and Order for about fifteen years. Living outside of the U.S. has certainly helped in more ways than one. Out of sight, out of mind. Law and Order has, for years, been just a press of the remote away from non-existence.

However, recent events have Law and Order just begging for my reassessment. I hardly expected my old television series to be the clown act that leads the American viewing audience into an increasingly predictable pile of hard left propaganda. 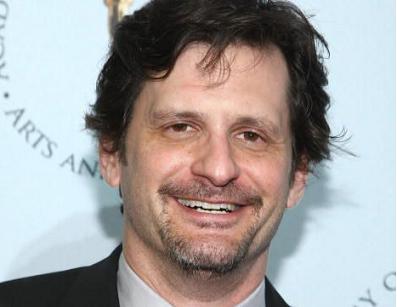 Dick Wolf is basically a follower of usually high-level talents such as Joe Stern, Robert Nathan and Ed Sherin.

Those men, I believe, are no longer regulars on Law and Order.

The guy who apparently wears the pants in that family is now Rene Balcer.

Given the number of truly talented people that Wolf Productions has fired – versus the number of mediocre puppets and propagandists he’s hired – it should be no wonder that not just the Left but the French Left of a Rene Balcer should be running things.

However, with Le Balcer (pronounced Ball-Say … Say-Whaa?) now the head Ringmaster … and Dick Wolf in some kind of quasi-retirement … or early senility … the show has gone beyond hell. Such a plight is possible if, in the inferno, you cut a deal with the devil. Balcer, as even his own words might convince you of, has worn the Red credentials … minus the horns, of course … for most of his life. Only Lucifer could give him his opinions on terrorism.

Wolf, on the other hand, has, for his entire life, been merely a careerist, chasing the unsurpassable achievements of his mentor, Steven Bochco, and being obviously surpassed by numerously more brilliant TV producers. Such careerism would infer that even his own mother’s not safe if it means the record-breaking survival of a Dick Wolf production. Law and Order will soon outrace Gunsmoke to the category of longest-running television series.

Methuselah was the longest-running star of the Bible … but I hardly think his memory brings either a smile or a tear to anyone’s eye.

Recently Bill O’Reilly took profoundly justifiable umbrage – a good word, Mr. O’Reilly – at Law and Order‘s lumping his name in with other talk-show hosts, describing them all as “a cancer spreading ignorance and hate … they have convinced folks that immigrants are the problem, not corporations that fail to pay a living wage or a broken health care system.”

O’Reilly called those charges “simply defamatory and outrageous,” and labeled Wolf “a coward” and “a liar.”

As for Wolf’s cowardice, he buckled before the profoundly unconstitutional behavior of Attorney General Janet Reno and he and NBC lied about my having quit Law and Order.

Wolf and NBC announced that they fired me because of behavior that seems to have resembled Glenn Beck’s.

If only we had all been working for FOX!!

That I was fired is a lie.

I had quit Universal Television and NBC and the Law and Order series before they could even come up with an excuse for hiring Sam Waterston. An advertisement I placed in both Variety and Hollywood Reporter announced my leaving the United States, which I did within a year.

If anyone can find those ads, I submit them as exhibit A in the proof of … how shall I say … Dick Wolf’s and NBC’s lack of, well, a certain talent for the truth.

It is all laid out in my memoir, The Gift of Stern Angels, now unfortunately out of print. No one was interested then.

By the way, The Gift of Stern Angels is quite a hurly-burly ride through the politics of network television, not to mention my own losing battle with alcohol.

Poor Law and Order has been drifting and now tumbling downhill into the ever-deepening waters of America-bashing. The blatant disgust for America’s hard-earned and hard-won sovereignty as a nation, credentials that certainly demand strict and unashamedly clear immigration laws … the Red Law and Order seems to be spitting on the very nation that defined a decent meaning to the words “law and order”.

As for Dick Wolf’s Empire and its future?

There might very well be numerous episodes on the 9/11 terrorists and their New York Trial.

I can now see the cops, ending the first half of the show, reading the Miranda rights to some grotesquely veiled excuse for Khalid Sheik Mohammed.

When KSM gets to trial?

No doubt, he and his defense lawyers… there’ll be more than one at the defense table … will get their day in court!!!!!

He might say, “Our shows on the trial of KSM will make its viewers at least as angry as the pre-trial demonstrations have shown!”

For Dick Wolf, such a stunningly simplistic achievement is all he’s really been looking for his entire life: upsetting his audience.

He sure as hell upset Bill O’Reilly!

Our very own John Nolte has taken a close look at an L & O episode, Memos from the Darkside.

Please read his frank estimate of the Rene Balcer turn on the infamous Torture Memos. In addition, John’s article contains a long clip of Rene Balcer being interviewed by an Australian journalist [see below].

After describing his job as Executive Producer much like “herding cats … and anxious types”, Mr. Balcer refers to the war on terrorism as “so-called”, and claims that “cultural misunderstandings” lead to labeling innocent people as “terrorists”.

“Americans of Middle Eastern descent … being held incommunicado and being abused by prison guards”, this, according to Balcer, was happening, under Bush of course, in Guantanamo, Iraq and Brooklyn!

However, according to Balcer, “you get in trouble (with a lot of people) if you attack President Bush by name …”

Yet Balcer claims he shies away from “ad hominem” attacks.

He admits to finding another show about the upstairs in Washington D.C., 24, “offensive”.

And therefore, Mr. Balcer, must Law and Order say that torture doesn’t save any American lives?

However, the most chilling points of view he expresses are his ideas about what makes a terrorist.

“Most people commit crimes … whether it be terrorists … or knocking over the local grocery store … they do it for intensely personal reasons.”

A mere, ten minute glimpse into CNN’s documentary on the youthful terrorists in Mumbai and their horrifying phone conversations with their “Controllers” … whew … this would reveal no “intensely personal reasons” for mass murder but, indeed, a robotic, brainwashed and monomaniacal mindset instilled by their Jihadist instructors, the same mindset that filled the World War II kamikaze pilots of Japan.

Obviously Mr. Balcer has his own “personal problems” … and he’s “working them out” on Law and Order.

Finally, the Law and Order episode on ACORN?

President Obama’s very own Van Jones and Andy Stern might have written portions of it.

Dick, from the guy you used to describe as “the conscience of the show”, perhaps it’s because Bochco and Bruckheimer have had a conscience in the first place.

Where Law and Order has been treading is unconscionable.