I may be wrong, but I’d say you’re lucky to be alive. For that matter, I think we might say the same for the rest of Southern California.

One of the reasons I do what I do is because I believe in the power of popular entertainment culture to affect social and political change. Through their words and through the investment of millions upon millions of dollars, Hollywood obviously believes they can change the world and I just happen to agree with them. This power can be used for good and bad. Unfortunately, these days, it’s usually not used for good. 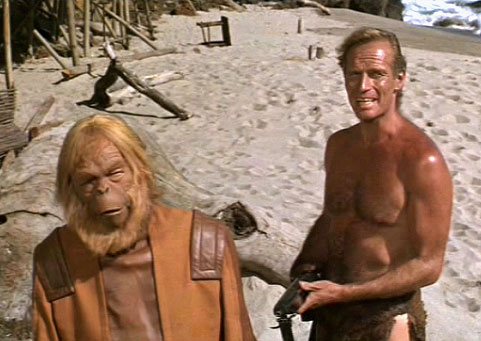 With the enormous powers of persuasion found in the magic of the motion picture, for a time, Hollywood was truly a force of tremendous good, a force for liberty and the ennobling of the human spirit. Best of all, Hollywood showed us idealized versions of ourselves through heroes and heroines who had codes of honor and integrity, who were selfless and if at first they didn’t comprehend that there was a bigger moral world beyond their own self-interest, they usually did before the final fade. This wasn’t the world as it was, this was the world as it should be. And the critics are wrong. Hollywood wasn’t lying or being hypocritical during their Golden Age, Hollywood was asking us to aspire to something better.

During WWII, Hollywood championed victory and during the Civil Rights era, they championed justice. And then it mostly went to shit when the flawed but brilliant men who ran the studios, the men who through their product envisioned a world in which their own weaknesses had been overcome, were pushed aside by those who sought affirmation and acceptance of those same flaws by normalizing them through the power of mass media. And we all know what followed. Loveless sex, narcissism, The State, humanism, the fascism of political correctness and the divisive evil of multiculturalism became the New Cinematic Values, and anyone who thinks this hasn’t had a corrosive effect simply doesn’t want to.

The good news is that thanks to New Media, talk radio, and truth-tellers like Andrew Breitbart willing to invest their own money in sites like this one, Hollywood’s power to persuade politically has been greatly diminished over the last decade. Though Hollywood’s cultural influence remains strong (especially with our children), more and more frequently, New Media has been able to get our own narrative out there and strangle political lies before they leave the crib. Another contributing factor to this diminished influence is that the artistry to make compelling motion pictures just isn’t what it once was. The reasons for that are for another article (or series of them), but when it comes to political propaganda, we should be grateful we’re not facing down the likes of “The China Syndrome” on a regular basis.

In real-life, this brilliantly crafted conspiracy thriller about a profit-hungry nuclear power company was the perfect two-punch to the one-punch that was the Three Mile Island scare of 1979. Starring the powerhouse cast of Jane Fonda, Jack Lemmon, and Michael Douglas (who also produced), purely by coincidence, “The China Syndrome” hit theatres just 12 days after the Three Mile Island accident. My guess is that this country’s move towards clean, safe nuclear energy could’ve survived one or the other, but the power of both the accident and the accompanying film set us back decades.

Furthermore, the fact that the film is a standalone piece of superb filmmaking and storytelling, a frightening conspiracy tale that feels so real and possible, certainly didn’t help things, either.

In my write up for this series about the politically-similar “Silkwood,” I’ve already defended the use of nuclear power, so there’s no reason to post another rebuttal. But in the arena of activism, “Silkwood” was an afterthought. By the time of that film’s release in 1983, the scare-mongers in the environmental lobby had already won because they not only had a big, glossy Hollywood film making their case in theatres everywhere, they had a big, glossy Hollywood masterpiece.

Sometimes the short answer as to why I do what I do is simply, “The China Syndrome.”

Jack Godell (The Mighty Jack Lemmon) is a through-and-through company man and a believer in what he does. As the shift supervisor at the Lantana Nuclear Power Plant in Southern California, he understands better than anyone that the industry in which he works has as many backup systems and fail safes as NASA. For decades, time and again, he’s watched the system work. But this was the first time he felt a shudder. 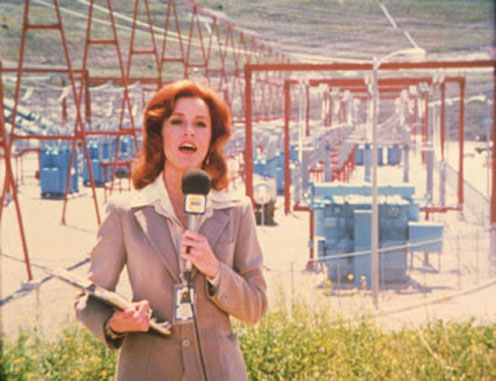 What caused the shudder was corporate cost-cutting. Rather than inspect and x-ray every weld, the mercenary company who built the plant instead chose to reproduce the same x-ray of a perfect weld over and over again in order to cut costs and fool the Nuclear Regulatory Commission into believing the required due diligence had been done. This wasn’t a cover-up, nobody knew the welds were bad. This was just a way for a greedy company to save some money. But a bad weld is what caused the shudder Jack felt and now no one wants to believe that something’s terribly wrong, least of all the plant’s owners. After all, a shut-down will cost millions of dollars. And there’s the second nuclear power plant currently under construction to think of.

The faulty weld that caused the shudder is in a pump that delivers water to the plant’s nuclear core. Without a functional pump delivering water, the core will overheat and melt straight through the earth’s crust until it hits China. Thus, the “China Syndrome.” But in reality, it won’t reach China. Eventually the core will hit ground water which will evaporate into a cloud of radioactivity that will rise into the atmosphere and kill millions.

Fighting for the truth is Kimberly Wells (Jane Fonda), a lovely, ingénue television reporter stuck doing local fluff stories for a local Los Angeles channel. She fell backasswards into the story of a lifetime while filming yet another color segment for her station, this one about the wonders of nuclear energy. Purely by chance, she was there when that shudder occurred and thankfully Kimberly’s long-haired, crusading, truth-teller of a cameraman Richard (Michael Douglas), broke the rules and recorded the whole event on film. 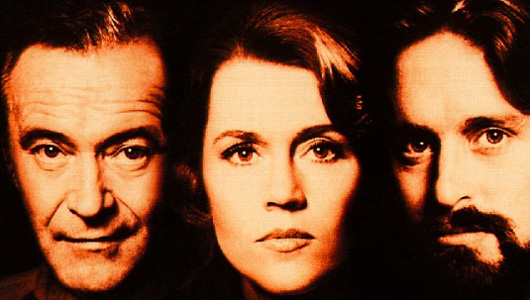 Naturally, because even in 1979 the liberal media wasn’t liberal enough, Kimberly’s station is in bed with the corporate evildoers and won’t air the story, but a hero will rise in the person of Jack Gallo who will give his own life to get the truth out.

The plot is compelling, intelligent, and never falters in the area of story logic. Combine that with a lack of melodrama and a rather bland, documentary-style look and you have the makings of a horror film, a political warning shot that shakes you to your own core. But the smartest decision the screenplay makes, is about an hour in, when the narrative moves away from Jane Fonda’s reporter-ette and on to Jack Lemmon’s sympathetic company man.

No one played an everyman like Lemmon and when he loses faith we lose faith. We have no choice. Jack Godell is a good man not looking for a big story, not looking to promote himself, and in order to tell the truth, he’s not only willing to give up his livelihood, he’s willing to admit his entire belief system was wrong. Another factor that makes the story so believable is that when Godell has his moment to tell the world his story on television, he blows it. He’s not built for the soundbite era and instead of articulating the danger, he babbles incoherently with jargon no one understands. There’s no clean Hollywood victory here. There will be an investigation, sure, but the waters remain forever muddied. Who will win the coming spin war? We’re not given the answer. But before the credits roll in deafening silence, the news broadcast ends and a commercial showing Americans in love with their new, fancy microwave ovens airs.

Another important piece of story credibility arises from the fact that it makes perfect sense as to why no one would believe Godell. The construction company that cut corners is the arch-villain but do those trying to silence Godell, those who own the plant, even know about the danger? Blinded by greed, they simply don’t believe or don’t want to believe that the plant is unsafe and therefore only see Godell (and the media) as gadflies out to ruin them. We in the audience know the truth and nothing is more frightening (and real) than the lack of these crucial dots connecting.

I’ve said it before and I’ll say it again: If Hollywood made anti-war films today as effective as “The China Syndrome,” the Iraqi people would be fucked.

Pleasantville (1998): Someone tweeted this as a suggestion today. But no, writer/director Gary Ross’s ode to loveless sex, adultery and divorce — yet another (though creative) stereotyping of the ’50s, Middle America, and the suburbs, didn’t make countdown. There’s a reason why what was a pretty popular movie at the time has all but faded away into obscurity, why you don’t see it in regular rotation on TNT or AMC. With Don Knotts and Reese Witherspoon and the whole fantasy angle, you’re kind of fooled at first into thinking there’s a whimsical, fairy tale quality to the story. But then you watch it again and what really is a rather diseased and dark message starts to hit home. The first time I saw “Pleasantville” I loved it. A second viewing made me want to take a shower. And I don’t think I’m alone.

Ross sure rallied five years later with “Seabiscuit,” though. Never tire of that one.