Soros is also bankrolling a documentary that celebrates left-wing terrorists who plotted to napalm Republicans at the 2008 GOP convention in Minnesota. Even worse, you too are bankrolling the film through your taxes. 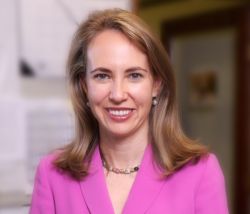 A trailer for the left-wing film Better This World suggests that it depicts David Guy McKay and Bradley Neil Crowder as idealistic activists who, according to the official blurb, “set out to prove the strength of their political convictions to themselves and their mentor.” In fact McKay and Crowder are convicted domestic terrorists who manufactured instruments of death calculated to inflict maximum pain and bodily harm on people whose political views they disagreed with.

You can be sure that if it was right-wing terrorists who were plotting to attack the Democratic National Convention, whoever foiled the conspiracy would be immortalized in film, literature and song as a savior of democracy.

“If you flip the equation around and it had been a group of conservatives threatening to use force to prevent those on the Left from meeting, everyone would expect the government to infiltrate them and they would also expect the FBI to stop them and charge them with crimes,” said Brandon Darby, who helped the FBI thwart the planned attack. (Darby’s essay on political violence appeared on Big Government over the past weekend. Read it here.)

The movie, which is expected to be released this year, attacks Darby, a true American hero who undermined the conspiracy by alerting the FBI. Filmmakers Katie Galloway and Kelly Duane de la Vega twist the facts to argue that Darby, a former revolutionary activist, manipulated McKay and Crowder into becoming would-be mass murderers.

It’s an easily disproved lie. During sentencing, U.S. District Judge Michael Davis went out of his way to make a specific legal finding that McKay obstructed justice by falsely accusing Darby of inducing him to manufacture the incendiary devices.

McKay and Crowder had made homemade riot shields and were ready to use them in St. Paul to help demonstrators block streets near the Xcel Energy Center. The goal was to shut down the democratic process by preventing GOP delegates from participating in the convention. The shields were discovered and confiscated.

During a search of a residence, police found gas masks, slingshots, helmets, knee pads and eight Molotov cocktails consisting of bottles filled with gasoline with attached wicks made from tampons. “They mixed gasoline with oil so it would stick to clothing and skin and burn longer,” Darby said.

Thanks to Darby’s cooperation with the FBI, the two aspiring bomb throwers are now languishing in prison. McKay entered a “guilty” plea and was sentenced in May 2009 to 48 months in prison plus three years of supervised release for possession of an unregistered “firearm,” illegal manufacture of a firearm and possession of a firearm with no serial number. A week before, Crowder cut a deal with prosecutors and was sentenced to 24 months in prison for possession of an unregistered firearm. McKay received the stiffer sentence in part because he fabricated the tall tale about Darby’s involvement in the plot.

Of course, it should surprise no one that Hollywood loves this kind of story with its anti-American overtones. HBO gave a grant to the filmmakers to produce their pro-terrorist propaganda. So did the Soros-funded Sundance Institute. After Soros’s foundation, the Open Society Institute (OSI), gave Sundance’s Documentary Film Program $4.6 million in 2002, it gave the institute another $5 million in 2009.

Taxpayers also underwrite Sundance’s adventures in social justice indoctrination. According to nonprofit tax returns (known as IRS Form 990s), the Sundance Institute has taken in $11,240,081 in government grants since 1997. It is unclear which governments made the grants because the 990 forms lump all the grant-making governments together.

Upon receiving the most recent OSI grant, Sundance founder Robert Redford obediently genuflected before Soros. “Sundance Institute has supported documentary storytellers since its beginning,” said Redford. “The recognition of that history by George Soros and the Open Society Institute, and the continuation of our relationship over time, speaks to our shared belief that culture–in this case documentary film–is having a profound impact in shaping progressive change.”

Soros himself has acknowledged he is interested in the movies because “[d]ocumentary films raise awareness and inspire action.” He hails cinema for its power to manipulate audiences. OSI has been underwriting “social justice” documentaries since 1996. In 2001 Soros let Redford’s Sundance Institute take over management of his Soros Documentary Fund, which has since rechristened the Soros/Sundance Documentary Fund. (See Foundation Watch, March 2008).

In 2005 Soros acquired 2.6 million shares of the huge diversified media company Time Warner. In 2006 his companies, Soros Strategic Partners and Dune Capital Management, paid $900 million to buy the DreamWorks SKG film library from Viacom, a move that gave Soros the DVD and rebroadcasting rights to films such as Saving Private Ryan (1998), Gladiator (2000), and American Beauty (1999). As James Hirsen noted, the transaction gives Soros “some highly desirable film rights at a time when the marketing and distribution model is changing to video on demand, video iPods and other forms of digital distribution.” But more importantly, it gives Soros “a presence in Hollywood where likeminded libs are ready, willing and able to collaborate in cinematic social engineering.”

Soros is also venturing into media overseas. In 2008 Soros Fund Management plunked down $100 million for 3% of India’s Reliance Entertainment, a $3 billion conglomerate that aims to provide Internet-based TV programs in India. Reliance also churns out movies and owns movie houses, radio stations and social networking websites in the country with one of the fastest growing economies in the world. When in the 1980s Soros set up offices in Eastern Europe for OSI, he helped to finance publishers, independent TV and radio outlets, and political parties.

As writer Rondi Adamson observed, “most of the documentaries that receive Sundance funding are highly critical of some aspect of American life, capitalism or Western culture. The projects generally share Soros’s worldview that America is a troubling if not sinister influence in the world, that the War on Terror is a fraud and terrorists are misunderstood freedom fighters, and that markets are fundamentally unjust.”

Putting America in its Place

Undermining America and promoting radicalism is what Soros is all about.

Soros seems to want Communist China to become a superpower, throwing its weight around on the world stage. Weeks before President Obama’s visit to China a year ago the Financial Times asked Soros, “What sort of a financial deal should Obama be seeking to strike when he travels to China next month?” He replied:

I think this would be time because you really need to bring China into the creation of a new world order, a financial world order. They are kind of reluctant members of the IMF. They play along, but they don’t make much of a contribution because it’s not their institution. Their share is not commensurate, their voting rights are not commensurate to their weight, so I think you need a new world order that China has to be part of the process of creating it and they have to buy in. [emphasis added]

In November 2010 Soros praised China effusively. “Today China has not only a more vigorous economy, but actually a better functioning government than the United States,” he said.

It’s all in a day’s work for George Soros. And now he’s trying to control the media in America.

(The full article appears in the January 2011 issue of Organization Trends, a monthly publication of Capital Research Center.)