The biggest release this week, for this movie fan anyway, is the Blu-ray of John Milius’s masterful fantasy epic, Conan the Barbarian. No doubt this is being put out to lead up to Marcus Nispel’s upcoming interpretation of the character, which I’m actually looking forward to, albeit with some skepticism. This movie kick-started the sword & sorcery craze of the eighties, but even more to its credit, it made the great Arnold Schwarzenegger a star. 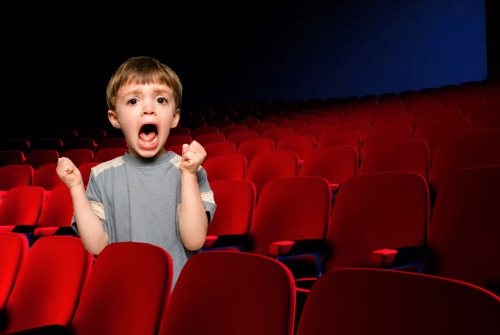 Milius, who rewrote an earlier draft of the script by Oliver Stone, is a filmmaker who loves big, manly stories, and Conan the Barbarian is his best film. Arnold’s portrayal of Conan isn’t really the sleek, panther-like killer of Robert E. Howard’s brilliant short stories, however he perfectly embodies the imaged realized by the legendary illustrator Frank Frazetta. Milius’s direction gives the film a visual weight rarely achieved in fantasy cinema. Arnold only speaks when he needs to (“Conan! What is best in life?!”), and it makes his presence all the more intense, driven, and mysterious.

James Earl Jones plays Thulsa Doom, the evil sorcerer whom Conan has sworn to kill for murdering his family, and Jones brings the same sinister presence he brought when he performed the voice of Darth Vader (fun fact: Thulsa Doom never appeared in Howard’s Conan stories, but was actually a villain in Howard’s short stories about his Conan prototype, Kull the Conqueror). Add a supporting cast featuring names like the gorgeous Sandahl Bergman, the legendary Max Von Sydow, and the great Mako (who also narrates), and you have a perfect film when it comes to providing instant gravitas in its characters. If you listen to the commentary track, Milius talks about the trilogy of Conan films he had planned out, it’s a shame all of his ideas were never realized in future films.

The film’s sequel, Conan the Destroyer, is also coming to Blu-ray this week. For some reason it’s packaged separately, unlike in the past, where it’s been included with Conan the Barbarian on the same disc. I’m not really complaining, as Conan the Destroyer is a movie I can happily live without. John Milius was replaced by Richard Fleischer on this sequel, the result being a film that lacks the powerful visual storytelling of the original. Instead we get broad comic hijinks and a team of unwanted sidekicks to tag along with Conan on his new adventure. Granted, in Conan the Barbarian, our hero did have people accompanying him on his quest, however they never felt like excess baggage or cheap comic relief like they do here. Milius, as a director, did what all brilliant filmmakers do: show, not tell. Mako’s narration filled in the blanks when needed, but Conan only spoke when he couldn’t express himself through action. In Conan the Destroyer, Arnold has a ton of dialogue (much of it tragically comedic), and as a result, his character is not the Conan we knew from the original. Where Conan the Barbarian was an exercise in epic storytelling, Conan the Destroyer is an exercise in camp silliness.

I plan to pick up Conan the Barbarian on Blu-ray, but if you own it on DVD, I’d hang onto that version too, as opposed to selling it. I say this because the cut included on the Blu-ray is the theatrical cut of the film, not the international cut, which was a few minutes longer than the original and was the version that was put on the DVD. The extras included on the DVD are available, including the excellent commentary with John Milius and Arnold Schwarzenegger, as well as a few brand new goodies. As far as Conan the Destroyer goes, you still get a mere theatrical trailer and that’s it, which makes me wonder why they’re not just packaging it in with the original (apart from, you know, wanting to wring more money from potential consumers). Given the Blu-ray sports a different cut of Conan the Barbarian, I’ll be hanging onto my two-pack with Conan the Destroyer, so I see no need to grab the sequel, but I’ll be first in line to get the original on Blu-ray, seeing it HD will no doubt be a treat for the devout.

Better Off Dead is the definitive aburdist eighties teen comedy. John Cusack stars as Lane Myer, a guy with a brand of teen angst that is as relatable as it is idiotic. His problems are minor, yet they are amplified to epic proportions, the way teenagers are wont to do. Lane’s parents are ridiculously odd, his girlfriend leaves him for a douchebag alpha male, his minimum wage burger-flipping job is painfully boring, and his best friend confuses snow for cocaine, in what is a manifestation of suburban boredom. This laundry list of otherwise minor ills makes him consider suicide, before he decides to become a local skiing champion in a bid to win his ex-girlfirend back. However, an unexpected encounter with a similarly disaffected foreign exchange student may shake things up for him.

Director Savage Steve Holland’s gem is imbued with the pop-culture of the decade, the highlight being a musical number in which claymated burgers sing Van Halen’s “Everybody Wants Some”, a scene that feels like The California Raisins stepped onto the set of a Universal monster movie. Other brilliant bits including drag races with a pair of Japanese brothers who learned to speak English on a megaphone from listening to Howard Cosell from “The Wide World of Sports”, as well as a crazed paperboy wielding a switchblade comb who demands his two dollar tip (cash). Better Off Dead is one of the best teen comedies of the eighties that wasn’t directed by John Hughes, it has a rare anything-goes vibe that makes the already-broad comedies of the eighties look positively reigned-in by comparison.

Better Off Dead comes to Blu-ray this week, though I can’t see it being something that is an essential upgrade if you already own the DVD, that is unless seeing Lane’s genius little brother fire laser beams at him in HD is that important to you, in which case, I don’t blame you. By way of extras, you get a trailer, and nothing else, so unless you’re dying for that HD transfer, there ain’t much else. It offers the goods as far as picture and audio are concerned, but don’t expect any commentaries or documentaries to supplement the movie.

Rio: Jesse “Don’t call me Mark” Eisenberg voices a rare blue macaw that gets involved in some CGI-animated hijinks in Rio de Janeiro with another macaw voiced by Anne Hathaway.

Available on Blu-ray/DVD combo and DVD

Soul Surfer: The sleeper film about surfer girl who overcomes a potentially debilitating shark attack comes to Blu-ray and DVD this week. Check out the reviews by Big Hollywood’s Carl Kozlowski and John Hanlon.

MST3K Vs. Gamera: An anthology of the episodes of Mystery Science Theater 3000 where the crew of the Satellite of Love riff on Toho’s magnificently absurd Gamera films. Shout! Factory is doing an incredible job with these MST3K sets, I plan to pick this one up, if you’re a fan of this show, or Japanese people in rubber suits wrecking shit, you should too.

The Magnificent Seven: John Sturgess’ western take on Kurosawa’s Seven Samurai comes to Blu-ray this week, featuring one of the manliest casts ever assembled. With the likes of Yul Brenner, Charles Bronson, Steve McQueen, James Coburn, and Eli Wallach, it’s a testosterone injection in HD.

Exporting Raymond: The creator of Everybody Loves Raymond, Philip Rosenthal, made this documentary about the culture shock he experienced when he began work adapting his popular sitcom for a Russian audience. My buddy Jim over at The Film Thugs Movie Show named this one his favorite film of 2010, so it comes highly recommended. Check this one out, especially if you’re one of the many who love Raymond.

Sleepers: Barry Levinson’s scary coming-of-age story/legal drama comes to Blu-ray. Kevin Bacon’s never been this scary in a film before or since.

The Name of The Rose: Jean-Jacques Annaud’s Benedictine murder mystery starring Sean Connery comes to Blu-ray. Given that this is a whodunit set at a monastary in the 14th century, I can only suggest the fact that no one suspects the Spanish Inquisition.

Eastbound & Down – Season 2: I know he’s spread a bit too thin, but I love Danny McBride, and his character, Kenny Powers, is a perfect representation of everything people despise about famous athletes.

This article originally appeared over at Parcbench