When the story of last month’s raid on the Gibson Guitar factories and offices in Memphis and Nashville broke, the first thought that hit me was…”Were the drawn weapons really necessary? Is this still America?” Imagine my complete surprise when I learned Gibson’s Chairman and CEO, Henry Juszkiewicz, is a staunch Republican who does not bow at the altar of Obama; Gibson is the only major guitar manufacturer in a non-blue (read non-union) state; one of his company’s leading competitors, C.F. Martin & Company, uses the same materials in their products with impunity; and Martin’s CEO, Chris Martin IV, is a long-time Democratic supporter.

This incident has vintage guitar owners left wondering…”What next?” Will the Feds be busting down the doors of musicians, guns drawn, to inspect our guitars to see if we have any contraband they can confiscate? I have a hunch if that were to happen, they’d target musicians who are openly…dare I say…conservative.

And guess where they would start. 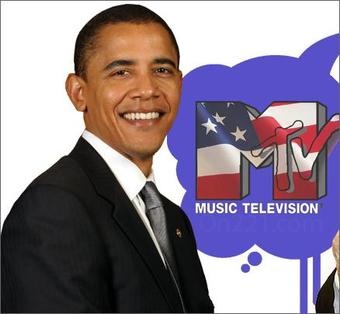 It just so happens that our featured artist, conservative singer/songwriter Nathan Picard, makes his own guitars. Here is what he had to say about the latest display of thuggery by this Administration:

The irony of an out of control administration raiding Gibson guitars (one of the all-time most successful producers of some of the highest quality musical instruments and employer of thousands) during one of the worst economic downturns in our county’s history shouldn’t be lost on anyone. The raid is reminiscent of a raid on a crack-house except the only crime of which Gibson is guilty is not towing the Big Government, Keynesian, Socialist line. The message that one could take away from this is…don’t dare speak out against the Obama administration or they will use any means necessary to silence you.

Silence us? Good luck with that.

As you will see in Nathan’s music video “It’s A Beautiful World”, Americans have a proud history of defeating tyranny and come November 2012…we will do it once again.

Nothing like great music with a positive message to soothe one’s soul in these troubled times and Nathan Picard’s music is just what the doctor ordered. Nathan has quite the impressive resume/bio:

Nathan Picard has spent much of the last decade fronting a band from Colorado, touring nationally, and making a name for himself in the LA music scene.

Nathan’s songs have been raved about by Music Connection Magazine with the “Number One Demo of the Year”, and the “Hot 100 Unsigned Artist of the Year”.

Nathan comments, “The best lyricists can write about an emotional experience for themselves, but relate it to everyone.” As a prolific writer, Nathan continues to deliver a wide range of songs that are both anathematic and relevant with current music trends.

In His Own Words

Some of my best experiences playing music are touring the U.S. with my best friends and bandmates in a total jalopy that we paid for ourselves…breaking down tons of times, and enjoying every minute of it! Although I will say that I don’t miss being totally broke and eating Ketchup sandwiches. LOL I guess some of the coolest shows that I have played were opening up for Lenny Kravitz, Jewel and Smash Mouth. I think the first time I played the Viper Room will stay with me for the rest of my life as well. I will say though that the shows that I look back on that bring the biggest smile to my face are the small shows we played back in Colorado springs when we were all a bunch of naive kids. I guess they were one of the experiences that taught me what it means to be self sufficient.

I am soon going back into the studio to record my second solo CD….my ninth overall, and I can’t wait. I am planning a lot of new shows all over L.A. to support it. I am really excited about the new tunes, and finally getting to record them. Some of my songs from my last album have been selected for placement on a few T.V. shows in the near future, and I am really excited to hear my stuff on T.V again.

We are honored to have Nathan sharing his incredible talent at our site about which he had this to say:

I absolutely love what you guys are doing at BigDawg’s. I think it’s about time that we, as proud, free-thinking, patriotic Conservatives begin a new cultural Conservative awakening. To me it isn’t acceptable any longer that the clear majority of common sense Conservatives are so under-represented within popular culture…and I think BigDawg will do a great deal to correct that inequity. Although it may run contrary to popular perception within the media culture…liberalism is not a pre-requisite for talent.

We love that Nathan not only writes incredible songs and is an accomplished musician with an amazing voice, but that he makes guitars too. Nathan shares how he got started:

I have always been fascinated with the artistic ability required to not only play a guitar, but to make one as well. It’s an art form in itself. I guess my first venture into making guitars sprang out of a reunion with my father after not speaking to one another for almost 13 years. I learned that he was a really talented guitar maker…and woodworker…and I guess you could say he sparked my new guitar making addiction. :) I began to learn a lot from him, and began practicing over and over again until I had the basics down. It seems as though making guitars is a lot like art and songwriting itself….you never end up with a perfect outcome, and you are always perfecting the craft.

Let’s hope there are no eco-nazis looking to sic the Feds on Nathan for using an old cabin in Colorado to make this guitar. If anything, they should celebrate his creativity in recycling those old wall joists.

Music truly is universal and while the messages in the songs of the artists at our site may not appeal to most on the left side of the political spectrum, all musicians should be alarmed at what has happened to Gibson Guitars. This is how this administration intends to silence the opposition or force us into submission to their policies and is a harbinger of things to come . Does anyone really want the government to have that kind of power? How would liberal musicians feel if a Republican administration did this to Martin Guitars? There would be riots in the streets and you know it.

Juszkiewicz has since launched a petition asking President Barack Obama to resolve the inquiry and now the Feds want to meet with him next week to talk.

Silencing Obama’s opponents may be the goal of the left and if their latest attempts at doing so with the Gibson raid as well as their recent launching of the now-widely-mocked Attack Watch (snitch-on-your-neighbors) website are any indication of just how low they will stoop, the immediate conservative response should be an indication to them of just how threatened we feel.

Thanks to artists like Nathan and so many others at our site, like Ezra Dulis, one of the comedic geniuses behind the hilarious “Attaaaack Waaaatch” ad which has gone viral, we have absolutely no intention of accommodating them.

That which does not kill us (unless Teamster thug Hoffa has his way) only makes us sing louder.