When Robin Williams smiled his whole face smiled … except for his eyes. Williams’ eyes twinkled, moistened, saw right through you, but never smiled. His eyes informed us something else was going on, something deeper; that the character was holding something back, a touch of madness, a secret, and the secret wasn’t a very happy one.

This quiet, unspoken … call it melancholy … is what gave even Williams’ most cloying and mawkish characters a depth that no other actor could. It was a crucial part of his screen presence, the inner-life that separates television actors from movie actors. After being blindsided by the news of his death Monday night, I suspect the eyes of Robin William will forever take on a whole new poignancy.

No superlative can begin to describe the one-of-a-kind genius and talent of Robin Williams. I saw it the moment it happened, in that 1978 episode of “Happy Days” when Williams guest-starred as Mork from Ork. In those days with only three or four channels, television was a national communal experience. The next day at school we were all Mork. Williams was just 26 years old when he became a national phenomenon, and for the next 37 years he did right by all of us.

All Robin Williams wanted to do was make us feel good, to entertain us; to make us laugh, cry, giggle, empathize, feel young — to move us and to help us escape our problems for a little while. Through his personal rounds of various addictions, two divorces, career ups and downs, and whatever unthinkable despair drove him to take his own life, Williams never dumped that on us.

Williams’ personal struggles did put a smile on the face of many a tabloid editor. An extramarital affair with a cocktail waitress would destroy his first marriage in 1988 and result in humiliating headlines when the waitress sued him for giving her an STD. In 1989, he married his children’s Filipino nanny. She divorced him in 2008. In 2011, at age 60, Williams married Susan Schneider. She’s now his widow.

A friend of John Belushi, Williams was an admitted cocaine addict throughout the ’70s and into the ’80s. He credited Belushi’s death and the birth of his children for his sobriety. Also an alcoholic, Williams fell off the wagon in 2003 and entered rehab. Reports around his death suggest Williams died struggling again with his addictions. 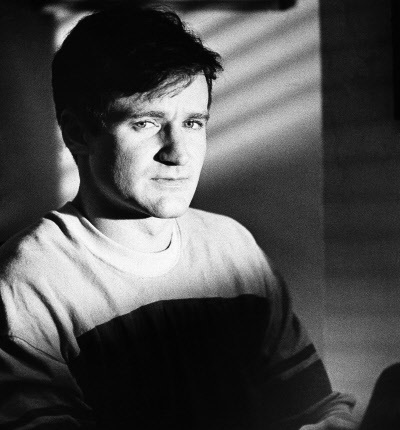 Although this darkside never found its way into his work, it was there in his eyes, no question. It was always there. But rather than Go Oprah, he made those emotional undercurrents another tool in his legendary toolbox, which took his art to places no one had: The Funniest Man Alive was also a brilliant dramatic actor, a brilliant character actor, and a brilliant leading man. Williams achieved the heights of a movie star, a television star, a stand-up comedian, a Late Night guest, and a star-star.

And he did it with class.

This was a superstar who chose to elevate our culture, not pollute it.

God bless him for that.

Williams was political — a heavy donor to Democrats, including Nancy Pelosi, Barbara Boxer, and Al Franken, but never offensive. Politics would sometimes rear its head in his stand-ups, but the jibes at Republicans were good-natured, not caustic; the kind of jokes Johnny Carson told.

When the wars came in 2002, without seeking personal attention or publicity, he was overseas with The Boys. Over the course of the decade he would visit 13 countries and entertain 90,000 service men and women. A retired General told ABC News:

“He would go to the guard towers, he’d got the dining facilities, he’d got the security police who couldn’t come to the shows because they were on duty. And he would spend time with them individually. That was very moving,” Ham said.

“Mork and Mindy” would probably feel a little dated today — more like a home movie than iconic entertainment. Oddly enough, the sitcom flamed out almost immediately after Jonathan Winters was added to the cast. Winters was Williams’ idol and eventual mentor. Two outsized talents with a genius for improv — it was too much for the small screen. But then came the movies.

Williams 1980 film debut was catastrophic. Although it made money, Robert Altman’s “Popeye” was eviscerated by critics and is still remembered as one of Hollywood’s most infamous big budget train wrecks. Before “Good Morning Vietnam” made Williams a box office superstar in 1987, a title he would retain for more than ten years, he made two dramatic films that did little for his career but are now remembered as two of the eighties best.

George Roy Hill’s “The World According to Garp” (1982) was way ahead of its time. As the title character, Williams carried the movie with an understated performance that allowed John Lithgow and Glenn Close to shine. People coming to see Mork were disappointed, but the question of whether Williams was a movie star and leading man was answered.

In 1984 director Paul Mazursky (who also died this year) cast Williams as the lead in “Moscow On the Hudson” (1984), which like “Garp” was very good and Williams was very good in it, but it was still obvious that Hollywood didn’t know what to do with what they had. 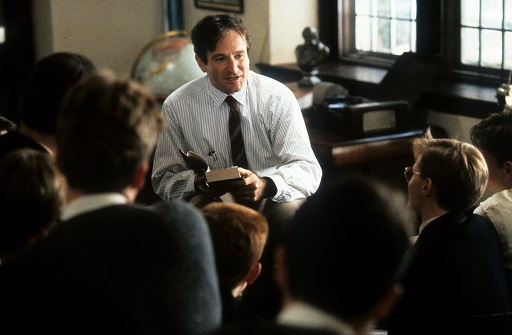 That confusion ended with three words, “Good morning, Vietnam!” As real-life disc jockey Adrian Cronauer, the moment Williams hurled that greeting it was the arrival of Mork all over again. But this time Williams was a movie star and he was here to stay.

Williams was one of the last true movie stars. Whether it was comedy or drama or animation or a thriller, Robin Williams made Robin Williams Movies. He was the draw and we trusted him.

After 3 Best Actor nominations, Williams finally took home the Oscar gold for his dramatic support in Gus Van Sant’s “Good Will Hunting.” In a role that could have gone sideways in lesser hands, Williams broke our hearts by quietly revealing where the pain in those eyes came from: when the night comes, this controlled, decent, and empathetic therapist was in reality an inconsolable widower.

Like many who win an Oscar these days, Williams almost ruined his career chasing after another. “What Dreams May Come” (1998), “Patch Adams” (1998), “Jakob the Liar” (1999), and “Bicentennial Man” (1999) were all laughed at as Williams trying too hard. He tried something different in 2002 with the dark and reviled “Death to Smoochy,” but just when his career seemed down for good…

For my money, as novelist/serial killer Walter Finch in Christopher Nolan’s “Insomnia” (2002)  and as disturbed Big Box clerk in “One Hour Photo (2002), Williams was never better. 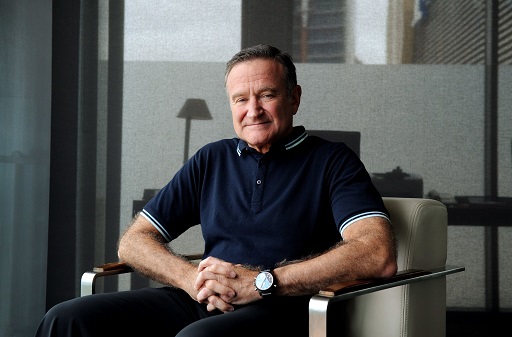 Regardless, the new century wasn’t good to Williams: Bad movies, a failed return to television comedy in “The Crazy Ones” (2013-2014)…  We were always glad to see him in his “Night at the Museum” cameos (one of which is still coming), but he was making bad choices or given only bad options. Although he worked regularly, Williams still kind of disappeared.

Still, we were all waiting for the comeback, weren’t we? He was Robin Williams. Of course he’d come back. “RV” and “License to Wed” and “World’s Greatest Dad” and “Old Dogs” and “The Angriest Man In Brooklyn”…  hey, those things happen. Eventually he’d find his groove as a middle-aged character actor or one of those brilliant television producers would give him… and us, another half-decade of Robin in our living rooms in his own “Breaking Bad” or “Louie.”

Williams deserved that kind of career send off, and so did those of us who loved him for so long and consciously or subconsciously just waited for it to align.

But the universe doesn’t work that way.

Robin McLaurin Williams was born in Chicago, Illinois, on July 21, 1951.