The View co-host Rosie O’Donnell called Florida Governor Rick Scott “an asshole” over an incident involving Democrat Charlie Crist’s personal fan, which he reportedly requested beneath his podium during a debate in Florida, a scene now being referred to as “#fangate.”

“Let’s get one thing clear: Ricky Scott Never refused to take the stage and debate,” she wrote in an email. “In fact, our campaign was not notified Charlier had even taken the stage because the last we heard, Crist was in an ’emergency meeting’ with debate organizers pleading for his precious fan.”

Apparently, Charlie Crist is famous for his fan. It even has its own Twitter page entitled “CCristFan” that’s been around since 2010. The bio reads:

“I’m Tanman’s only friend. I go wherever he goes. I keep him calm, cool and sweat-free. My job demands that I be discreet as f*ck.” 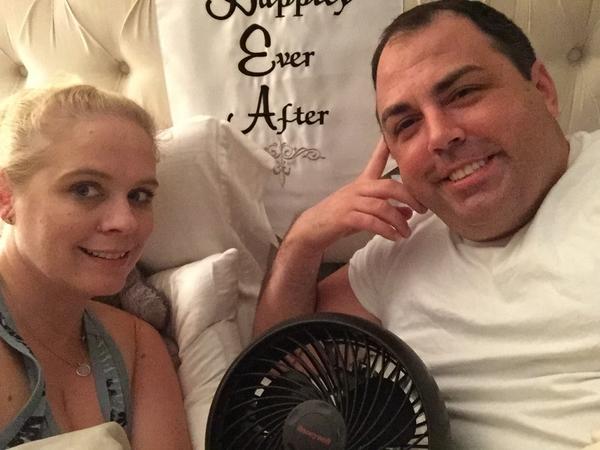 Make it stop. RT @SaintPetersblog: Excited to be back home after #FLGovDebate snuggling with the original @CCristFan. pic.twitter.com/q8Q2LXSH0y

Rosie O’Donnell is apparently upset with the way Gov. Scott conducted himself prior to facing his opponent.

“He should have just walked out,” O’Donnell argued. “Why didn’t he walk out? He was being a baby. He looked like an asshole,” she said.

Republican Nicole Wallace, who started her career in politics, explained that, as per Crist’s “carefully negotiated” contract, he has the right to a fan during every public discussion. Wallace believes her political counterpart Scott made a bad call when he seemingly stalled the event.

“The person who should lose their job is the one who made their boss look bad,” she said. “Governor Scott should have been out there when Governor Crist was.”

Also, Whoopi Golberg said Gov. Scott is a “politician with his head up his butt.”