“Ferguson October” was in full force in St. Louis, Missouri this past weekend as Grey’s Anatomy star Jesse Williams rallied alongside angry protesters who demanded that the Missouri police officer who shot Mike Brown on Aug. 9 be put behind bars.

During Williams’ three-day stint in St. Louis, where 17 people were reportedly arrested for “unlawful assembly”, he claimed to be disturbed by the apparent race problem and barbarous behavior of law enforcement.

“The cops were really, really nasty, unnecessarily antagonizing people. It really creates a kind of plantation vibe… with people patrolling and literally in waves, beating their baton sticks against their hands, like they’re ready to deliver an ass whooping and enjoying it,” he explained to The Wrap. 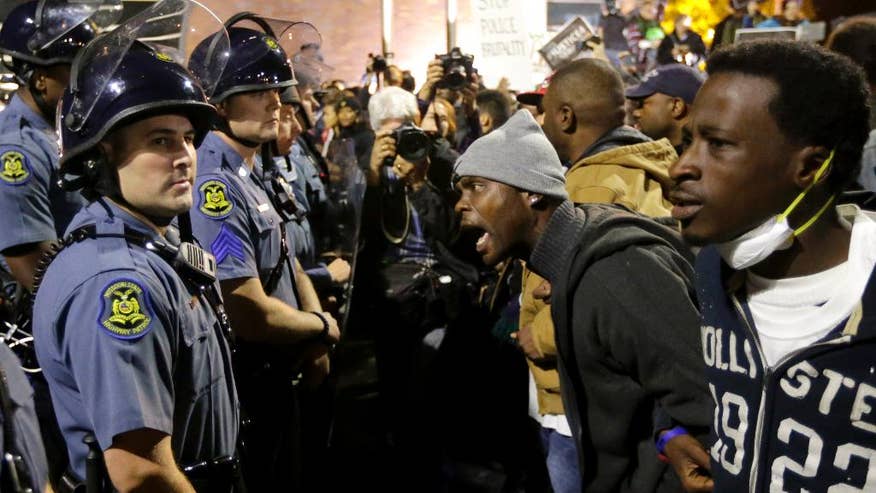 Protesters at the Weekend of Resistance were reportedly more cooperative than at August gatherings, when more than 150 people were arrested after they engaged in stand-offs with officers and then resorted to looting and damaging private property.

Williams named the legal system as the culprit for oppression against Missouri residents.

“It’s not simply about a cop killed Mike Brown. Cops kill people all the time,” he said. “What is really garnering outrage and people feeling really helpless and hopeless is that the legal system, the public servants that have been elected or financed by our tax dollars, literally don’t care and are doing nothing about it.”

“There was an antagonistic, (instigatory) nature to the police behavior… Several times, just people walking around, not even in massive protest, just walking on the street, police shining lights in their faces, antagonizing them, snickering at them, laughing, taunting them, yelling at them to ‘go home,'” claimed the actor.

At one point, Officer Dotson had to warn protesters that their actions were subject to punishment:

Protesters attempting to storm Quicktrip at Vandeventer & Chouteau. All protestors engaging in illegal behavior will be subject to arrest.

The Police Chief was then accused of lying about locals trying to commandeer a convenient store. “I was there. They weren’t storming the QuikTrip… they were sitting down,” Williams argued.

Aside from the disappointment over how the protesters were treated, the television star was seemingly pleased with the diverse crowd that showed up to march along the 12-mile stretch from Ferguson to St. Louis.

“What I was really warmed by is the incredible outpouring of white and Asian and Latin supporters and protesters there,” he said. 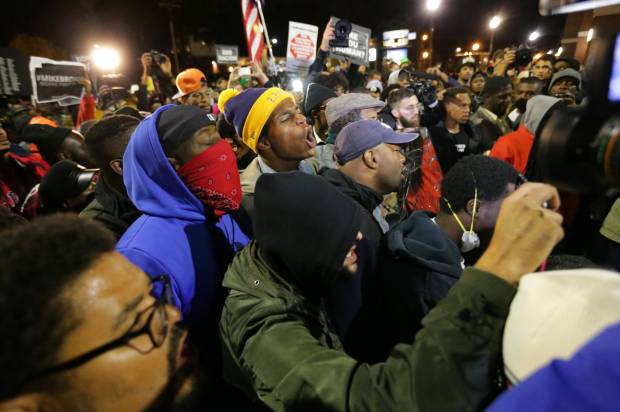 Williams is a member of the Hollywood group called Sankofa that encourages celebrities to exercise their power to advocate for social issues. He was accompanied by a film crew in Missouri to record segments of the “Weekend for Resistance” for a group called “Question Bridge” that aims to “redefine” black American men.

“I brought a team out there to be able to archive the perspective of folks there, what questions people are asking, what their concerns are and what internally people are discussing as ways out of this mess,” he explained.

Hollywood was then put on blast because of its damaging racial typecasting that causes “long-term harm.” Folks in the entertainment industry could learn a thing or two by events transpiring in Ferguson, according to Williams: