We need a revolution, and we need it immediately.

Yes, I am calling for every good citizen to be part of this revolution. Not the kind where blood is shed. No, I am not advocating us taking up arms.

What I am calling for is the awakening of the American spirit.

A revolution where, finally, the silent majority wakes the f*** up. Not just one limited to the Tea Party or the progressives, but an across-the-board rising of Americans scratching their heads while our nation is being transformed into the very thing our founders feared.

The common sense of a Ben Franklin has been usurped by the intellectual corruption of educators that poison the minds of our youth forwarding an agenda that is subversive to the United States. We now have a government that is no longer trustworthy, which lacks the will to protect our Constitution.

We need a new Constitutional Convention. We need an American spring where the subversiveness of those in power are made accountable for the erosion of our freedoms.

The hypocrisy of political correctness is creating more divisiveness and danger to our society than any one other issue. It is incremental and insidious.

We are living in a society which is trying to control speech. While some of us fight for gay rights, there is no attempt to battle those attempting to control our language in the guise that it is “racist” or “sexist.”

This is a major battleground, and most do not realize it is taking place.

This is the Yorktown of a new American revolution. Recently I heard of some wanting to change the words of a classic children’s rhyme.

“Baa baa black sheep have you any wool? Yes sir, Yes sir three bags full. One for my master, one for my dame, and one for the little boy who lives down the lane.”

The word “black” is offensive, and the word “boy” is sexist, they say. I remember this little ditty, and never did I perceive it as racist or sexist, nor was it ever described as such.

The attack on language and sterilizing it as such is more damaging to our way of life than ISIS. It actually propagates the absurd prejudice that they are supposedly concerned about, creating the soil for a dangerous hostility.

This is exactly what they want.

It also will lead to cover what we are able to read. Books will be rewritten or scrubbed, only allowing for the ideas “their agenda” wants to promote. I was taught, “sticks and stones may break my bones but words will never harm me.” Now, wishing someone “Merry Christmas” or “God Bless” is offending someone. Why? 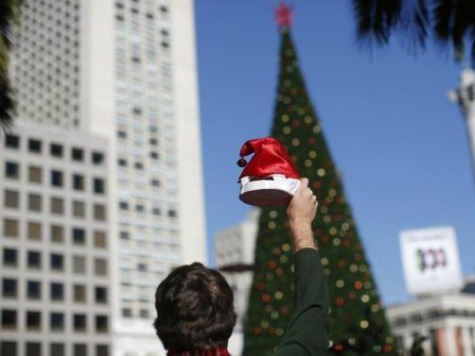 We need to revolt against this now. Noam Chomsky and his ilk have an agenda that is slowly eating our foundation. And we are letting it happen.

I remember the great comedian and political satirist Lenny Bruce giving a monologue, one so offensive it illustrates exactly a point I wish to make. If we give power to these words by banning them it only makes them more effective instead of rendering them ineffectual.

As an American Italian I was never offended by being called “wop,” “guinea,” “wino,” “dago” or “greaseball.” As a guy with a rugged complexion–I was prejudiced against, called “scarface” or the plethora of words used by some critics in defining me instead of the merits of my work.

Being called “black” did not offend in the least … or the other unmentionable “N-word” that Quentin Tarantino so brilliantly captured in his True Romance script. While some may not think political correctness is a big “f*** deal,” rest assured it is.

Now, get offended and outraged and begin the Revolution against political correctness.