Smashing Pumpkins front man Billy Corgan, a recent feature on Anderson Cooper’s RidiCulist, has fired back at the iconic news anchor for poking fun at his appearance on the cover of Paws Chicago Magazine, which was released this summer.

The alternative rock legend, who was put on the cover of the magazine for his long dedication to working with animals, was also seen in a recent TV spot for a local furniture store, which was broadcast in the Chicago area.

Corgan’s latest public appearances reportedly led Cooper to have a little fun at the expense of the rocker on his RidiCulist segment.

“So perhaps Billy Corgan is, I don’t know, off his alternative rocker,” Cooper said on the show.”I think maybe there’s more to this, maybe he’s being ironic, or maybe when the cool rock stars start doing less rock starry things, it kind of makes us face our own mortality.”

“Sorry to disappoint, but when I’m not raising cain for a great organization like @PAWSchicago, I’m still making REAL music. I realize you’re too busy being a globalist shill to know the difference, but there are those of us who do as we like”

At a Smashing Pumpkins show in Chicago on Wednesday night, T-shirts went on sale displaying a picture of Corgan’s pet cats and also had a clear message for the singer’s new adversary.

The shirts, reportedly made of organic cotton, read: “F*ck You Anderson Cooper.” 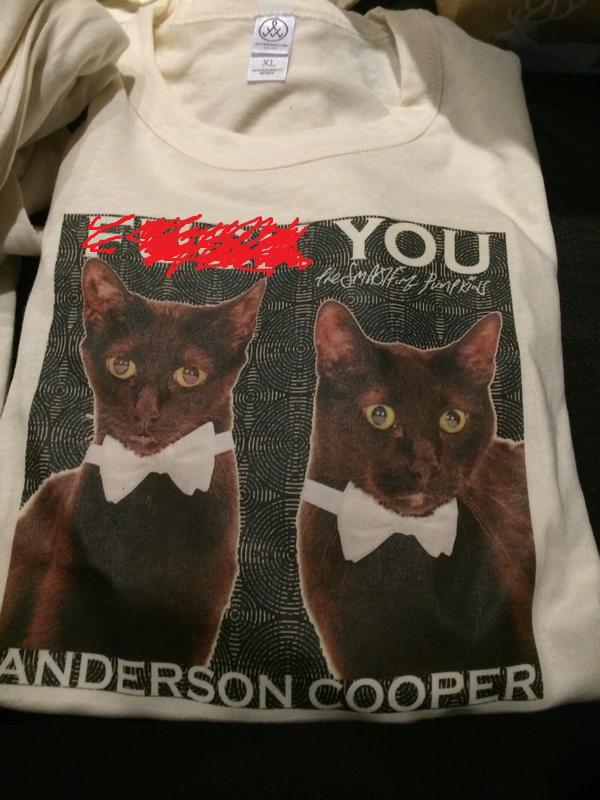