So that there is no confusion, let me say this up front: Anyone familiar with my love of movies knows that I have long considered Spike Lee’s “Malcolm X” (1992) to be a legitimate cinematic masterpiece, the best film of the 1990s (after Oliver Stone’s “JFK”).  “Malcolm X” deserved the Best Picture Oscar over Clint Eastwood’s superb “Unforgiven,” and Denzel Washington damn sure deserved the Best Actor Oscar over Al Pacino in “Scent of a Woman.”

The point of this column is not to trash Lee’s masterwork, nor is it to declare “Malcolm X” racist. Moreover, I’m not here to defend producer David O. Selznick’s own masterwork, “Gone With the Wind” (1939),  against charges of racism.

This post is instead a defense of art, artistry, and artists — something  that should be unnecessary in America. But we are currently in the middle of a frenzied left-wing campaign to “fundamentally transform America,” which, as history has time and again shown, means a season of oppression, suppression, and censorship.

Filled with the sanctimony and self-righteousness that always comes with being part of The Mob, last week a major New York film writer, The New York Post’s Lou Lumenick, called for “Gone With the Wind” to go the way of the Confederate Flag — to be shunned and banned, consigned only to museums.

The problem with Lumenick’s fascist thinking (and those who agree with him) is that his rationale is based solely on emotion and personal bias. To prove this point, I’ll use Lumenick’s arguments for shunning “Gone With the Wind” against “Malcolm X.”

In many ways, as you will read below, the argument against “Malcolm X’ is stronger.

Throughout its entire 200 minutes, there is not a single sympathetic white character in all of  “Malcolm X.” Not one. Every single white person is portrayed at best as a patronizing racist, at worst as a virulent racist. The closest Lee comes to a sympathetic white person is a college student who is turned down by Malcolm X after she offers her help to his cause. She still comes off as a bubbled-headed idiot. 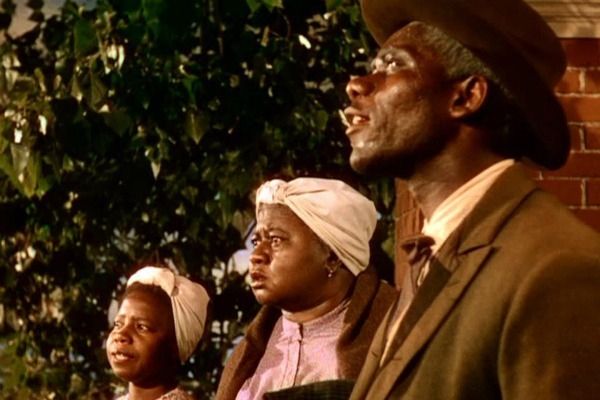 In this respect, GWTW is superior. For all the flaws in their characterizations, the black characters of Mammy and Big Sam are at least sympathetic, and in the case of Big Sam, even heroic (Sam saves Scarlett from a mob).

ROMANTICIZES SLAVERY AND THE CIVIL WAR

GWTW portrays black slaves as satisfied with slavery.  “Malcolm X” portrays an America where all white people only see blacks as child-like, chattel, or sexual Mandingos.

“Malcolm X” also romanticizes the idea of black separatism, a notion that the ever-evolving real-life Malcolm X (a man I admire, but that’s for another column) never really gave up. 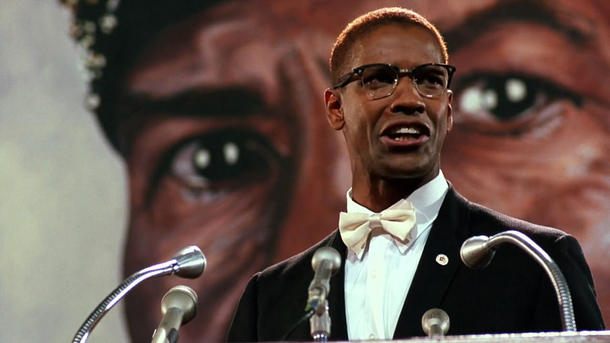 Lee also romanticizes the Nation of Islam, a black supremacist cult that openly called for the separation of the races. After his post-Nation trip to Mecca, Malcolm X did soften his opinions against whites. This is the film’s only rebuke against what The Nation stood for, an organization that sees whites as the literal devil.

While “Malcolm X” ultimately portrays the Nation as undone by internal strife, Elijah Muhammad’s numerous sexual affairs and his weakening health (even though in reality he lived a full decade after Malcolm X’s assassination), Lee is very selective in his portrayal of the Nation’s ideas.

At no time are we told that the Nation believes the Earth is over 76 trillion years old and that the moon physically broke off from our planet. We’re not told that The Nation has always been virulently anti-Semitic. The Nation’s oppressive treatment of women is romanticized as a form of chivalry.

Instead, we see a Nation primarily dedicated to improving black self-esteem, equal rights, and self-improvement.

Lee insinuates the American government was involved, and by extension white America. 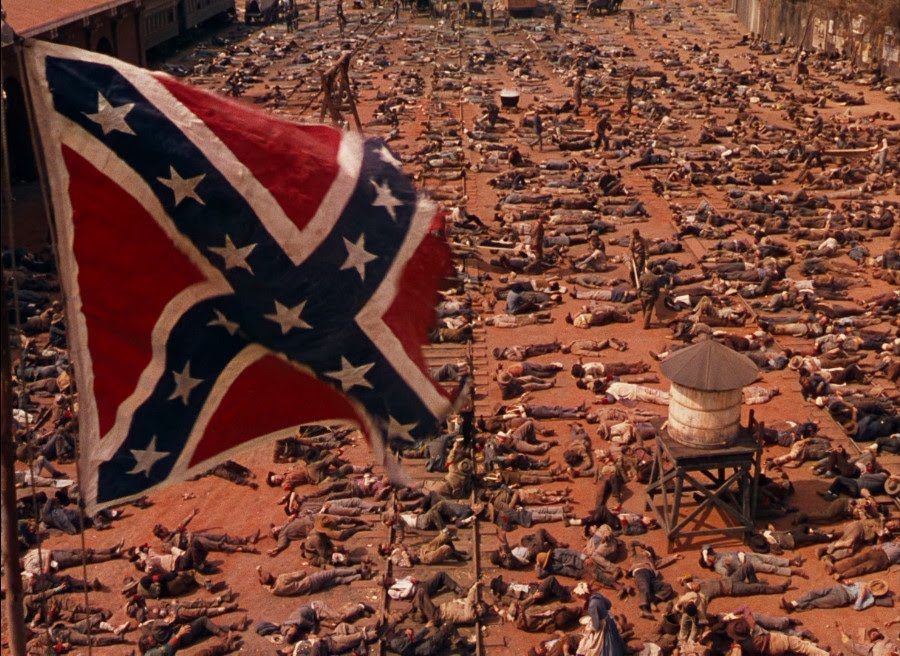 In that sense, “Malcolm X” is much more misleading than GWTW.

I would also add that the famous Confederate Flag scene from GWTW (see photo above) is hardly the stuff of myth-making  My interpretation of this extraordinary camera shot has been anything but mythical. The never-ending sea of the dead and wounded under their own Flag is a statement about the  disastrous, foolhardy futility of the entire enterprise.

WHY NO ONE SHOULD BE OFFENDED BY EITHER FILM

First off, GWTW is not “about” the Civil War, it is about perseverance in the face of the worst adversity imaginable: war, starvation, deprivation; it is about a very flawed woman overcoming her own shortcomings and the horrors of seeing her fairytale world turned upside down. Other than its extraordinary artistry, this is why Depression-era audiences made GWTW the most popular film in history (a record based on the number of admissions sold that it still holds). Is it any wonder, then, that 73% of black Americans also embrace GWTW? Moreover, GWTW is a point-of-view film, a story told from Scarlett O’Hara’s world-view. Therefore, we see the South only through the soda straw view of Scarlett’s childish, romanticized outlook, which naturally lacks full historical context.

“Malcolm X’ is also a point-of-view film, as told through the experience of one man — the real Malcolm X (as told to Alex Haley in his autobiography). Malcolm X saw white America as the enemy, a race filled with only racist oppressors. As a result, Lee’s film lacks full historical context.

GWTW is not fighting to reinstate slavery or for the “Southern Cause” any more than “Malcolm X” is fighting for black separatism. But neither “Gone With the Wind” nor “Malcolm X” are interested in spoon-feeding  the audience or telling the customers what to think. This is why neither film finds it necessary to be true to anything other than the worldview of their flawed but ultimately redeemable protagonists. Doing otherwise would have negatively affected the art, the spell; it would have diminished the finished project and diluted the focus of each film’s primary theme.

Seventy-six years later, with a 73% approval rating among blacks, is there any question Selznick made the correct decision? 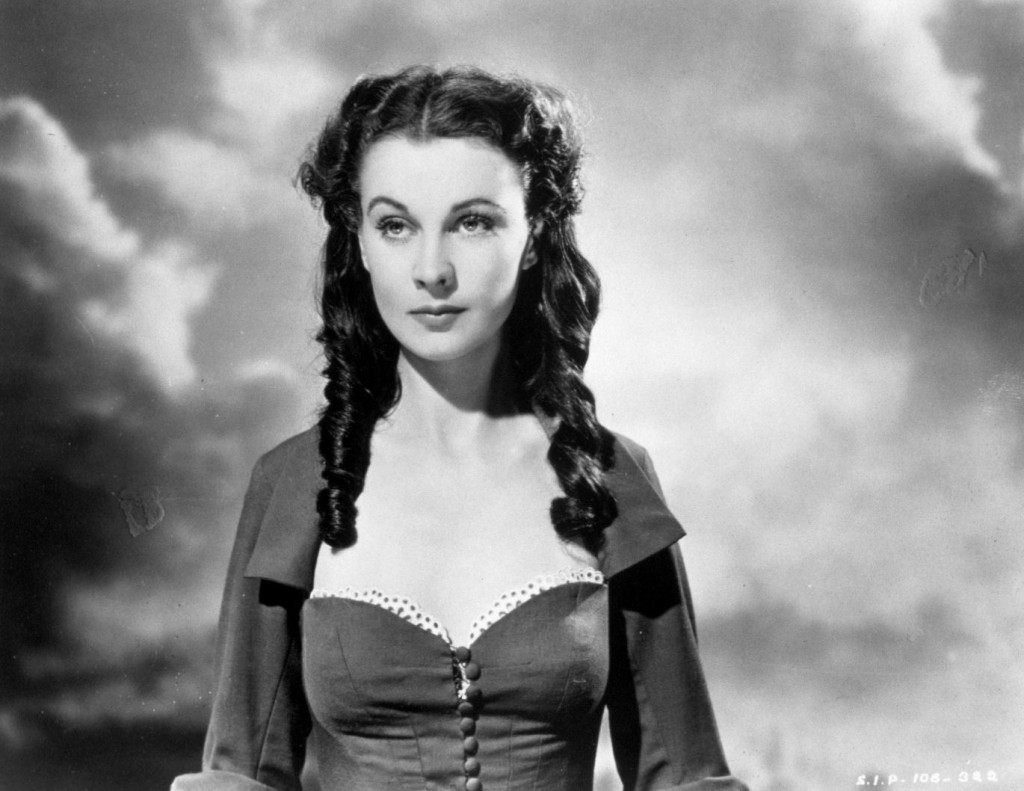 If you refuse to accept an artistic explanation, how about some science…

Culturally, the fact that we have been programmed to accept one-dimensional portrayals of whites (and Christians and conservatives and men) as a virtue, does not change the objective fact that doing so is as wrong and misguided as when it is done to sacred cows.

To believe otherwise is racist.

If you must judge films based on what you declare as their socio-political values, due to their one-sided portrayals of an entire race driven by historical inaccuracy, you must condemn both “Malcolm X” and GWTW.

To do otherwise is racism.

To me, both films are art — nothing more, nothing less; American art operating at its highest level. “Gone With the Wind and “Malcolm X” are both something we should cherish, embrace, debate, discuss, and most importantly, share and preserve.

Leftists who demand we ban art they apparently don’t understand only expose themselves as simpletons and bullies.