Wolfee Donuts owner Joe Marin joined Breitbart News Executive Chairman Steven K. Bannon on the David Webb Show on Sirius XM Patriot Channel 125 Tuesday night, where he discussed the recent incident at his shop in which pop star Ariana Grande licked and spit on several doughnuts she had not purchased before remarking, “I hate Americans. I hate America.”

“It is absolutely outrageous that she licked the doughnuts and then didn’t tell you guys ‘Hey, I licked these couple doughnuts, here’s a five dollar bill, let me buy some doughnuts,'” Bannon told Marin. “I mean, the woman’s worth a hundred million dollars… What were your first feelings [when you saw the tape]?” 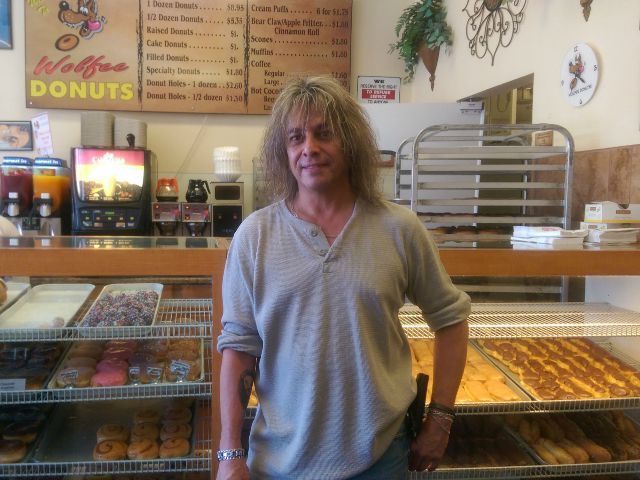 Marin’s shop received a visit from a health inspector after the incident and was downgraded to a “B” health rating after having received straight “A”‘s for six years. According to the inspection report, one of the violations for which the shop lost points was having “food not separated or protected from contamination,” because a tray of doughnuts had been left on the countertop.

But Marin told Bannon that the doughnuts never would have been on the countertop in the first place had Grande not asked for a fresh batch.

“She said, ‘Can you grab me the fresh ones? I see they’re baking, I need a professional doughnut baker here, an experienced doughnut.’ My employee went back there and brought some more trays for her to show her, okay, these just came out. She went back there, she was trying to treat her like a customer when she left the trays on top of the doughnut case for her to look at.”

“Everyone says she ‘licked’ them, but in my video, what she did is, she spit on the first one. They were daring each other. I have a speaker on my camera, and they were daring each other, like ‘I dare you, I dare you.’ So she did a small one. Then when she was daring him, he went ahead and was looking around… and then next thing you know, he does it, and he did it bigger than her.

“When I saw what they did and the way they did it, and the way they responded to it, like it was funny, that made me more pissed off because the first thing that crossed my mind was, ‘Those doughnuts went out to a customer’ because that night we sold out.”

“Let me ask you’ve been at this for six years,” Bannon said. “Have you ever had a situation where any of the good people in Lake Elsinore, those hard-working, middle-class, working-class Americans that come into your shop, has anyone ever spit on a doughnut or licked a doughnut?”

Marin told Breitbart News on Tuesday that, contrary to police reports, he did not “decline” to press charges against Grande over the incident. He said police told him they could not find a crime with which to charge the pop star.