“Imagine for 15 years, you go to work, and everything that comes out of your mouth is something someone wrote for you to say,” actress Rose McGowan said in regards to her recent “awakening” as an artist.

McGowan has released a jarring NSFW music video for her new single “RM486,” found below, which carries the narrative of her newfound status as a feminist icon, she says.

In the video, McGowan can be seen peeling off layers of plaster, eventually taking the form of a naked alien. 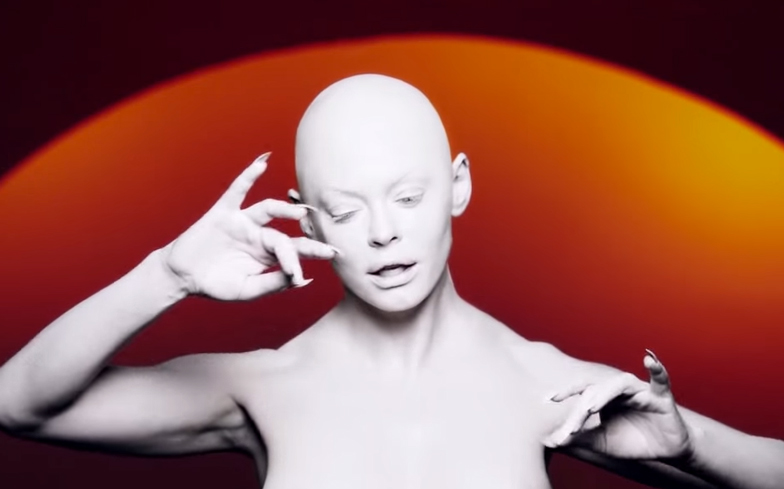 She then transforms into different characters that she describes as composite self-portraits ranging from “Dark Beauty” (“representative of the media perceived ‘goth’ period of my life”), “Green Hair Hollywood” (“the most agitated”), and “Art” (her “most powerful” to “rawest” self). 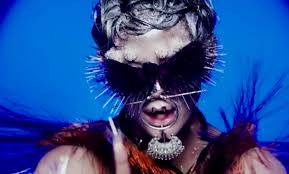 The song’s title is also reflective of her own sociopolitical views, the actress told Rolling Stone during a wide-ranging interview recently.

“That’s why the title is RM486. It’s a play on the abortion drug RU486, which I think is very timely with all the crap that’s going on with Planned Parenthood and trying to defund them,” she said.

“Ugh. I just want to take their faces and smash them into the ground. Not Planned Parenthood – all the defunders and these proselytizes that are just…Anyway, I’m off on a tangent,” she continued.

McGowan, who called out the film industry this summer for sexism, talked about her crossover into music and leaving her acting career behind.

“I woke up one day and realized I hated acting and that I’d always hated it,” she said. “Not only did I not fit it, I didn’t want to fit in.”

According to McGowan, acting limited her in many ways, and she didn’t feel like an artist. But one day, it all just clicked: “It just dawned on me one night while I was stoned, to tell you the truth. I was like, ‘Hey, I’m not a commodity. Oh, wait, I’m an artist.'”

This town, Los Angeles, it makes you feel very much like a commodity that’s not worth much.

And to have that bred into your bones. Until I realized that they were all full of sh*t, not me.

McGowan also compared Hollywood to the ultimate Survivor, saying “it’s all the nerd guys pissed off that they couldn’t get the hot girls, so now they’re gonna punish her.”

“Hollywood…I can’t. It’s the number-one export of America, and this is what we’re doing? It’s not enough. We’re doing a lot of damage,” she concluded.

Watch the new video above, where it looks like McGowan borrowed a few themes from her ex, Marilyn Manson.