Rapper Teriq Royal says someone shot him in the head with an AK-47 last week – and he’s got the video taken immediately in the aftermath to prove it. 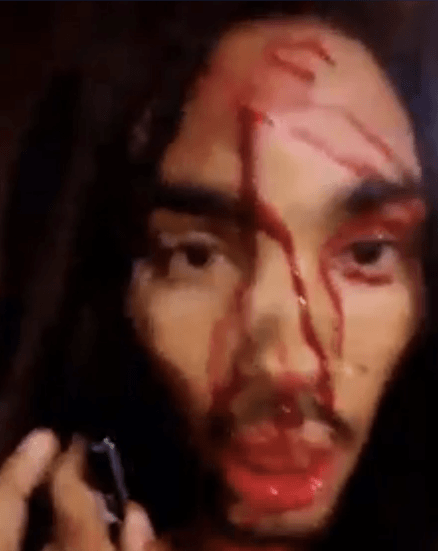 The Compton rapper posted a video to his Facebook page in which he appears bloodied and seemingly dazed by the alleged shooting.

“Got shot. I guess I’m really a rap n**ga now, I just got shot,” Royal says to the camera.

“Yes me and the homies got shot at couple days ago,” the rapper wrote. “AK47 bullet flew past my head and I was hit with the bullet fragments, 3 frags stuck in my forehead for life. They stopped right on my skull before they could enter my brain… GOD IS REAL YALL ! I should’ve died that night but I felt God move me back just enough for the bullet to miss. Take this life shit serious ! I was almost on a T-shirt I’m just blessed enough to be here for a reason, can’t nobody stop Gods plans.”

Royal also posted what appeared to be an X-ray of his head showing the location of the bullet fragments. 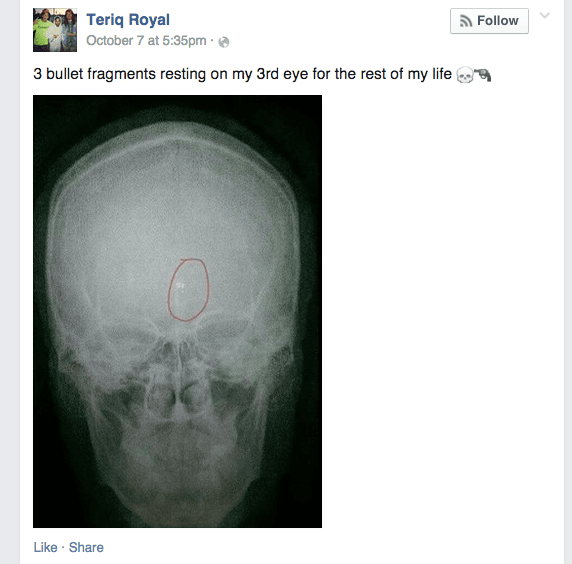