Michael Moore is no fan of Michigan Gov. Rick Snyder’s recent ban on allowing Syrian refugees into his state.  In a show of defiance, the Oscar-winning filmmaker has offered up his own Traverse City residence to Syrians looking for shelter in the United States.

In an open letter posted to Facebook, Moore called Gov. Snyder’s ban “disgraceful” and “unconstitutional” and pledged to defy it.

“Dear Gov. Snyder,” Moore writes, “I just wanted to let you know that, contrary to your declaration of denying Syrian refugees a home in our state of Michigan, I myself am going to defy your ban and will offer MY home in Traverse City, Michigan, to those very Syrian refugees you’ve decided to keep out. I will contact the State Department to let them know I am happy to provide a safe haven to any Syrian refugee couple approved by the Obama administration’s vetting procedures in which I have full faith and trust.”

This is not who we are supposed to be. We are, for better and for worse, a nation of descendants of three groups: slaves from Africa who were brought here in chains and then forced to provide trillions of dollars of free labor to build this country; native peoples who were mostly exterminated by white Christians through acts of mass genocide; and immigrants from EVERYWHERE around the globe. In Michigan we are fortunate to count amongst us tens of thousands of Arab and Muslim Americans.

“Governor, count me out of whatever you think it means to be a Michigander. I look forward to welcoming Syrians to my home and I wholeheartedly encourage other Americans to do the same,” the letter concludes.

It is not immediately clear if Moore’s 10,000-square-foot mansion on Torch Lake (pictured below) was the residence he offered to refugees. Breitbart News could not reach Moore for comment. 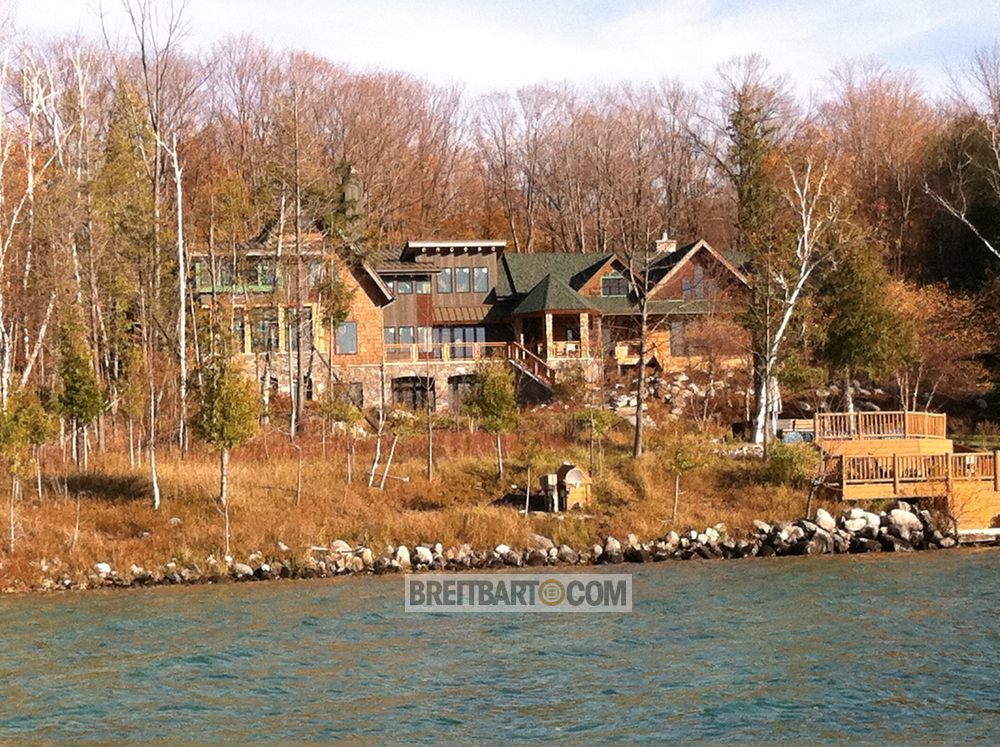 Gov. Snyder’s office has responded to Moore’s letter in a statement to Fox411:

It’s unfortunate that Governor’s position is being misrepresented. Gov. Snyder has been a vocal advocate for continuing to make Michigan a home and welcoming state for immigrants, including refugees escaping violence and oppression from all corners of the world. He is just asking for a thorough review of security clearances and procedures to ensure that he can also fulfill a primary responsibility of keeping Michiganders safe.

More than half of the sitting governors in the United States have pledged not to allow Syrian refugees into their states.