Oscar-nominated actor James Cromwell was among a handful of demonstrators who were arrested for blocking an upstate New York power plant construction site on Friday.

A group of roughly 30 people showed up to protest the construction of the Competitive Power Ventures (CPV) power plant in Orange County, NY, according to People magazine.

Cromwell, 75, reportedly held his fist in the air as he led a group of about 30 protestors in a chant of “power to the people” while they blocked the entrance of the power plant construction site.

The Babe actor used an interlocking device to connect himself to two other individuals. After the trio refused to move away from the entrance, police were forced to cut away the device with bolt cutters, the Daily Mail reports.

The actor and five others were ultimately arrested and cited for disorderly conduct. 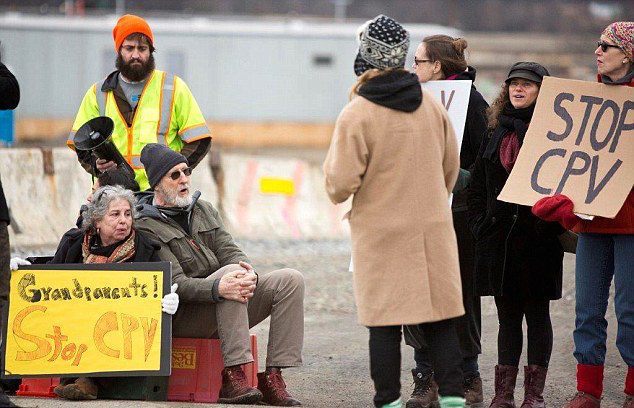 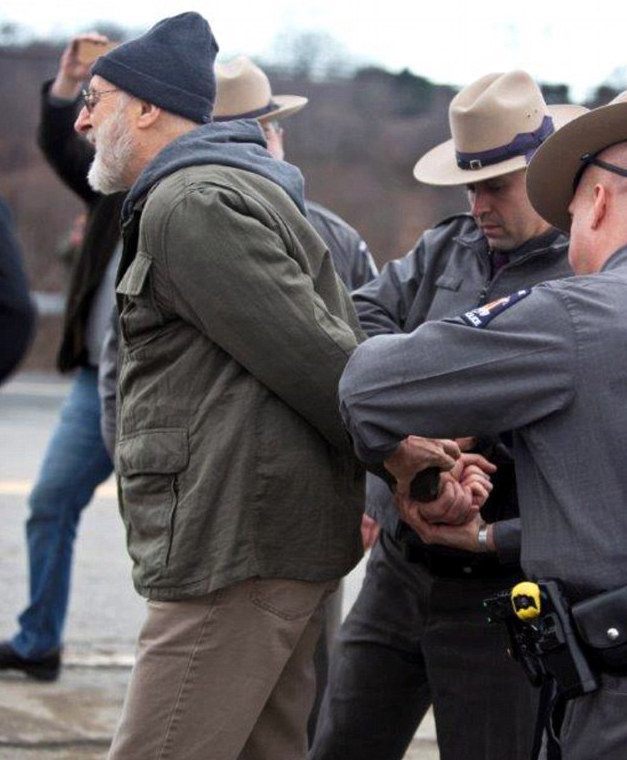 Cromwell is set to appear in court on Jan. 4, according to People.

The 75-year-old made headlines earlier this month, after he was removed from a CPV event for heckling. Cromwell, who lives in the area, is concerned the plant’s natural gas-fired electricity could put the local environment at risk.

He later told People: “I’m not a scientist, I’m merely a concerned citizen. I’m concerned about this community and concerned about maintaining the quality of life for everyone here and not just for those people who make a profit out of ripping things out of the ground.”

Cromwell was nominated for an Academy Award for best supporting actor for 1995’s Babe.