Gosnell — who has been called America’s “most prolific serial killer” — operated what the 300-page grand jury report later called a “baby charnel house,” in which he regularly killed babies born alive at his clinic, which itself was staffed with inexperienced nurses and littered with blood-stained furniture and the remains of fetuses stored in basement freezers. Gosnell was later convicted of three counts of first-degree murder and hundreds of lesser charges, and in 2013 was sentenced to life in prison without the possibility of parole.

But before the film comes out, McAleer and McElhinny will release Gosnell: The Untold Story of America’s Most Prolific Serial Killer, through Regnery Publishing on January 24. The book details the investigation that ultimately brought Gosnell down, and also examines the mainstream media’s reluctance to cover the story due to its subject matter.

In this exclusive excerpt from the forthcoming book, McElhinney describe how she came to investigate Gosnell’s story and why it changed her thoughts about the practice of abortion forever.

I never trusted or liked pro-life activists. Even at college I thought them too earnest and too religious. I thought the shocking images they showed were manipulative. I distinctly remember my argument: a heart transplant is gross to look at, too. I don’t want to look at pictures of that, and heart transplants are brilliant. So back off, prolifers with your scary pictures. I also didn’t trust the provenance of the pictures; I was sure they had been photo shopped.

If the anti-abortion position was so strong, it should be able to argue without resorting to emotionally manipulating its audience with fraudulent horror pictures.

Once you have this mentality, it’s very easy to completely dismiss pro-life activists. And the universities of the world are teeming with young people just like that young person I once was.

Fast forward to April 2013 and Kermit Gosnell’s trial in Philadelphia, when everything changed.

Nothing in the intervening years had shaken my feelings on the subject.

But the images shown in the courtroom were not from activists, they were from police detectives and medical examiners and workers at the 3801 Lancaster Ave clinic. The expert testimony describing “good” abortions was from OB/GYNs who had been performing abortions for thirty years. The witnesses swore an oath to tell the truth and to present the evidence, and they did, under pain of penalty for perjury.

What they said and the pictures they showed changed me. I am not the same person I was.

Abortion arguments from pro-abortion advocates tend to avoid any actual talk of how an abortion is done and what exactly it is that is being aborted. I know a lot about both now.

I now know that what is aborted is a person, with little hands and nails and a face that from the earliest times has expression. The humanity in all the pictures is unmistakable, the pictures of the babies that were shown as evidence in the Gosnell trial—first, second, and third trimester babies, in all their innocence and perfection.

I also know that in a proper, legal abortion babies are poisoned in their mother’s womb by injecting a needle filled with potassium chloride into the baby’s heart. Then the baby is suctioned out in pieces. If the baby is bigger, forceps are used to pull it out in pieces— an arm, a leg, the head often torn from the torso. If the head is too big to pull out, the abortionist makes a hole in the base of the skull and the brain is sucked out to collapse the skull so the head can come easily. That’s how it’s done when it’s done well.

Reading the testimony and sifting through the evidence in the case in the research for this book and for writing the script of the movie has been brutal. I have wept at my computer. I have said the Our Father sitting at my desk. I am no holy roller—I hadn’t prayed in years—but at times when I was confronted with the worst of this story I didn’t know what else to do.

I have had a profound sense of the presence of evil in the actions of Gosnell and his staff and their complete lack of conscience. Most disturbing of all is the banality of the evil; in the clinic they joked and laughed amidst the carnage.

I am absolutely certain that the dead babies spoken of in court were unique people whom the world will now never know. I hope this book and the movie go some way to mark the fact that they lived and in their short lives made a difference. Time will tell. This story can change hearts and minds; it has mine.

I can’t reconcile the certainty of the babies’ humanity with the fact that killing babies in the womb at these same ages is perfectly legal in many parts of the U.S. Kirsten Powers put it eloquently: “Regardless of such quibbles, about whether Gosnell was killing the infants one second after they left the womb instead of partially inside or completely inside the womb—as in a routine late-term abortion—is merely a matter of geography. That one is murder and the other is a legal procedure is morally irreconcilable.”

The jurors had to listen to the stories of the lives and deaths of Baby Boy A Abrams (29.4 weeks), whose photograph is on the Internet; Baby Boy B (twenty-eight weeks), whose frozen remains were found in the clinic—the medical examiner’s photograph of him with his neck slit is online—Baby C, who breathed for twenty minutes before Lynda Williams “snipped” his life; Baby D, who was delivered in a toilet and tried to swim to safety before Adrienne Moton slit his windpipe; Baby E, who cried before Dr. Gosnell cut his neck; and Baby F, who moved his leg up to his chest before he was killed. They saw pictures of the forty-seven dead babies discovered at the clinic the night of the raid, their remains stuffed into old milk cartons and kitty litter containers.

These babies sent Gosnell to prison. But more than that, they are the most eloquent evidence we have ever had of the reality of abortion.

The media have tried to ignore their stories.

Gosnell: The Untold Story of America’s Most Prolific Serial Killer, is due out January 24 from Regnery Publishing. 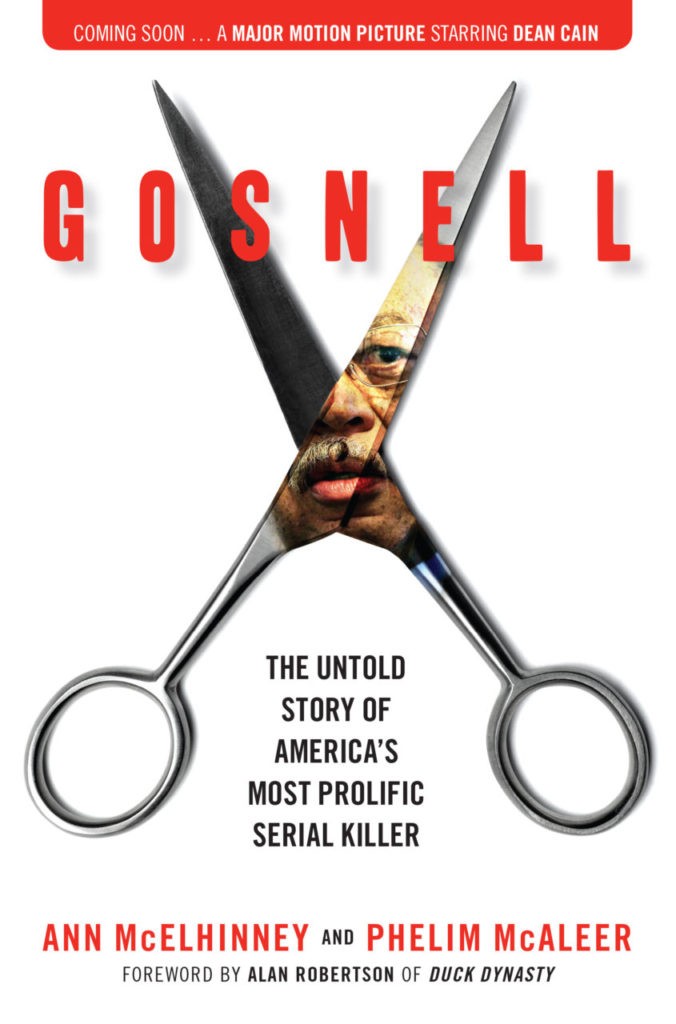