Netflix has added trigger warnings to its latest teen drama series 13 Reasons Why following criticism from viewers that the show glorifies suicide and rape.

At the beginning of the each episode, Netflix has added an additional “viewer warning card” as a “precaution,” despite already having viewer warnings on the first three episodes of the series due to the rape scenes that take place, according to the Wrap.

The series is also already rated TV-MA and viewers are advised that the show is for mature audiences only. 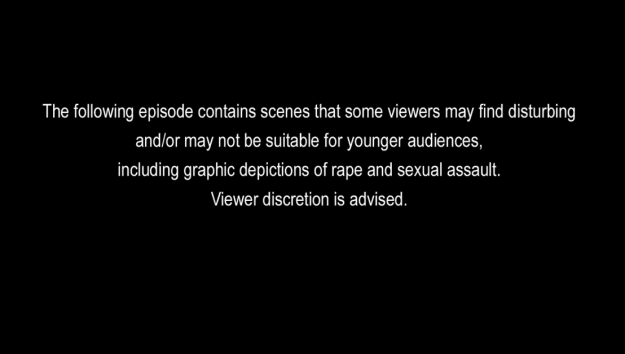 In a statement to BuzzFeed, Netflix wrote:

There has been a tremendous amount of discussion about our series “13 Reasons Why.” While many of our members find the show to be a valuable driver for starting important conversation with their families, we have also heard concern from those who feel the series should carry additional advisories. Currently the episodes that carry graphic content are identified as such and the series overall carries a TV-MA rating. Moving forward, we will add an additional viewer warning card before the first episode as an extra precaution for those about to start the series and have also strengthened the messaging and resource language in the existing cards for episodes that contain graphic subject matter, including the URL 13ReasonsWhy.info — a global resource center that provides information about professional organizations that support help around the serious matters addressed in the show.

Additionally, a documentary series that follows 13 Reasons Why requests viewers to use the website 13reasonswhy.info as a resource if they are contemplating suicide.

In the wake of the series premiere on the streaming service in April, suicide prevention experts and some in the mental health community cautioned that the show’s depiction of suicide could actually entice impressionable teenagers to attempt suicide themselves.

“There is a great concern that I have, that young people are going to over-identify with Hannah in the series, and we actually may see more suicides as a result of this television series,” prevention expert Dan Reidenberg told ABC News after the series’ premiere. “I’ve heard from others that are really concerned because it’s so sensational and so graphic that they’re worried about the copy-cat effect of suicide.”