Video of Shia LaBeouf’s arrest over the weekend in Savannah, Ga, sees the actor and performance artist cursing and calling a police officer a “stupid bitch.”

“What did I do, sir?” a handcuffed LaBeouf is heard asking an officer. “I have rights, I’m an American. You’ve got me in my hotel, arresting me in my hotel for doing what, sir?”

The embattled actor appeared to become more irate and more obscene as he was placed into the back of a police cruiser.

The actor’s rant quickly shifted to President Donald Trump and race, as he called a black officer a “stupid bitch.”

“Who are you fighting for? You got a president who don’t give a sh*t about you and you stuck in a police force that don’t give a f**k about you, so you want to arrest white people who give a f**k, who ask for cigarettes? I came up to you trying to be nice, you stupid bitch. I came up to you asking for a cigarette, you dumb f**k,” LaBeouf is seen yelling from the back of the police cruiser.

“Why would I ask for a cigarette if I was racist? You stupid bitch. I was asking for a cigarette, you said, ‘No.’ I said, ‘Word,’ and then you arrested me, you dumb f**k. They got cameras everywhere, you dummy,” he continued. 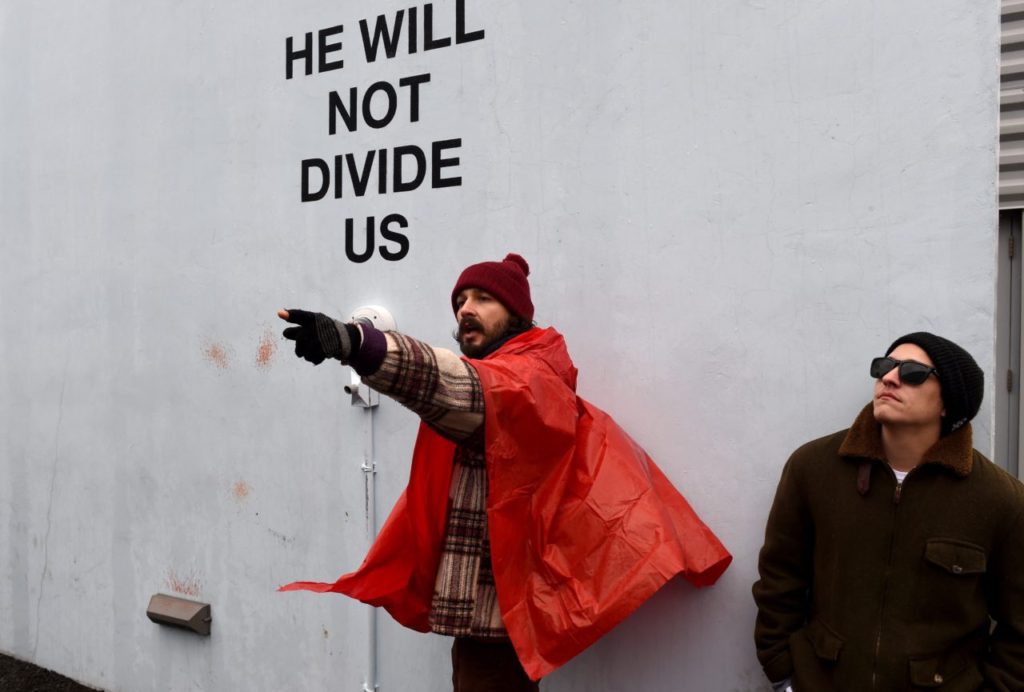 US actor Shia LaBeouf(L) during his He Will Not Divide Us livestream outside the Museum of the Moving Image in Astoria, in the Queens borough of New York January 24, 2017 as a protest against President Donald Trump. (TIMOTHY A. CLARY/AFP/Getty Images) 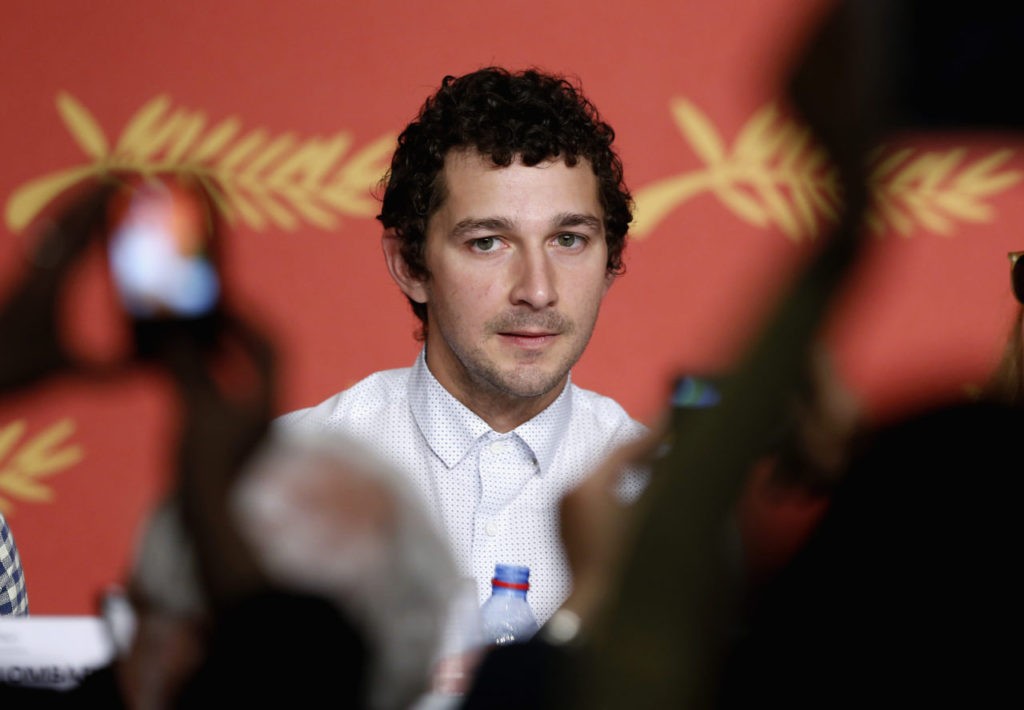 “I got more millionaire lawyers than you know what to do with, you stupid bitch!” LaBeouf shouted.

The 31-year-old actor was arrested Saturday and charged with public intoxication, disorderly conduct, and obstruction.

A detailed police report says LaBeouf “continued to attempt to struggle against the wall,” at the pre-booking area of the police station. “Mr. LaBeouf then began reaching on my gun belt and began pulling on my radio, while he was stating that he was grabbing my gun. I advised Mr. LaBeouf that he was in fact grabbing my radio and not my firearm. My hand was placed on Mr. LaBeouf’s right shoulder in a attempt to maintain control of him, it was at this point in time that Mr. LaBeouf leaned over and kissed my hand,” the police report says.

LaBeouf was released after posting a $7,000 bond.