American Eagle Outfitters has side-stepped its traditional, all-American clothing to now feature and sell a denim hijab for women.

In a new multicultural campaign ad for American Eagle, Muslim model Halima Aden is photographed laughing in an army-green jacket and the newly released denim hijab.

She caught our attention at 2016's Miss Minnesota USA, where she competed in a burkini & hijab. Meet @Kinglimaa: https://t.co/UIUbKwAZyn pic.twitter.com/n2xjJnm7kn

The “dark indigo” denim hijab retails for $19.95, with the details on the product boasting “Wear it your way. Make it as original as you are.”

The item is currently only available online. 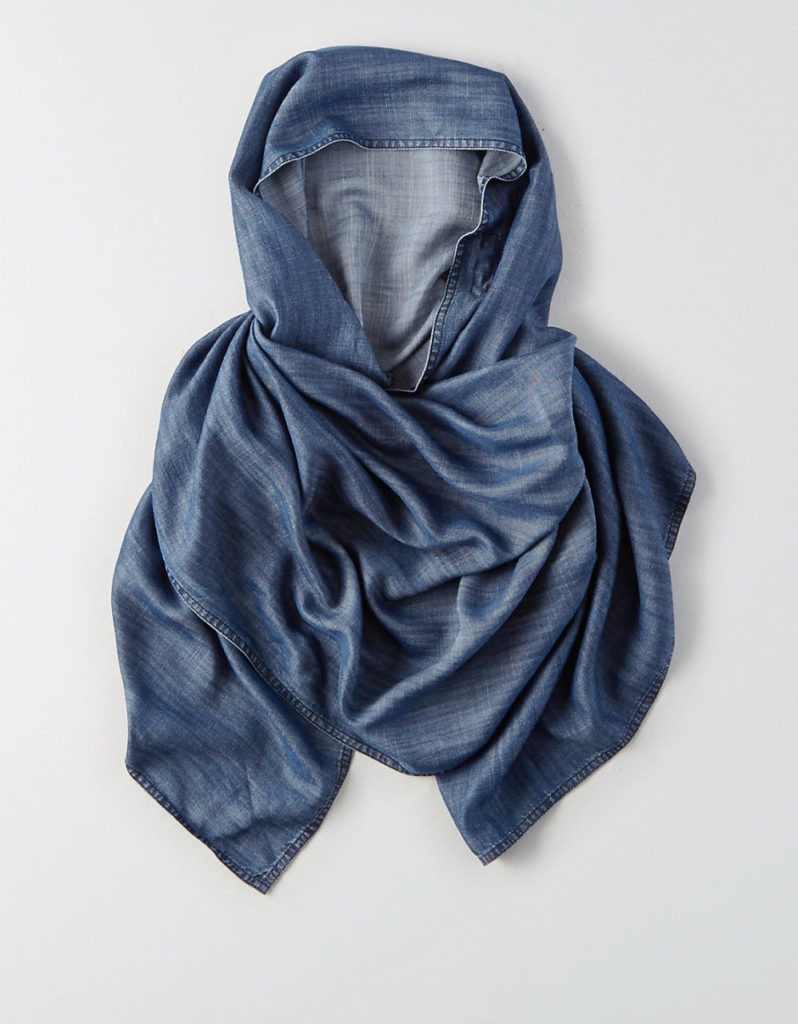 American Eagle is the latest fashion company to embrace the Islamic faith, with Nike debuting a hijab months ago with the athletic company’s famous logo printed on it, as Breitbart News reported.

“The Nike Pro Hijab has been a year in the making, but its impetus can be traced much further back to Nike’s founding mission, to serve athletes, with the signature addendum: If you have a body, you’re an athlete,” Nike executives said in a statement.