“The genesis of the screenplay [came when] I was watching a lot of [Trump] speeches on the campaign trail about building fences and scapegoating minorities,” Clooney told reporters Saturday in Venice, Italy, during the film’s post-screening press conference. “I started looking around at other times in our history when we’ve unfortunately fallen back into these things, and I found this story that happened in Levittown, Pennsylvania.”

The Oscar-winner directed the 1950s thriller about a white suburban neighborhood violently protesting a black family that suddenly moved in. While the film’s script was originally written by Joel and Ethan Coen in the ‘80s — and updated by Clooney a few years ago — its plot is based on the true story of William and Daisy Myers, a black family who were terrorized for months after moving to Levittown, Pennsylvania, in 1957.

“When you talk about ‘Making America Great Again,’ America being great everyone assumed was the Eisenhower ‘50s, and it was great if you were a white, straight male, but other than that it probably wasn’t so great,” he said of Trump’s campaign slogan. “Its fun to lift up that curtain and look underneath that thin veneer and see some of the real problems that this country has yet to completely come to terms with.” 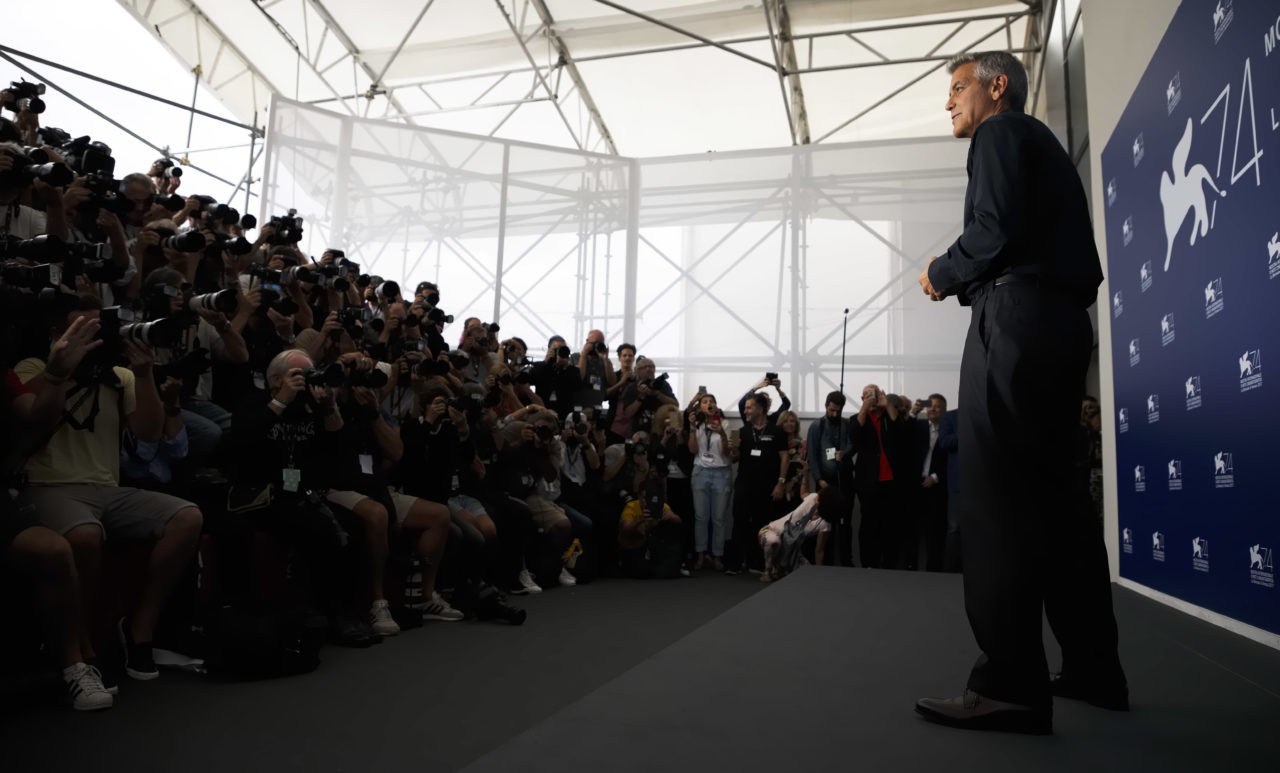 The 56-year-old Hollywood A-lister said that while the country may be at its angriest point in his lifetime, he is “optimistic” about American institutions like the press continuing to work as they should.

“It’s probably the angriest I’ve seen the country, and I lived through the Watergate period. There’s a dark cloud hanging over our country right now,” said Clooney. “I’m an optimist. I do believe in the youth, and I believe that we’re going to get through all of these things, and I think that the institutions of the U.S. government tend to work. We see them work with the press, and with the legislative and the judicial branches of government.”

“This is something that’s really festering right now in the United States, when you talk about the Confederate flag and the [removal of] Jefferson Davis monuments,” the actor said. “I grew up in Kentucky, and you know, they would come to my hometown and do Civil War reenactments, and they’d go to the townspeople and you got to pick if you got to be a Union or a Rebel soldier, and you want to be the Rebel, you know?”

“It’s fun. But you really didn’t understand the history of the Confederate flag, and understand that that was a flag that was designed to be carried into battle against the United States of America in favor of slavery—and they lost,” he added. 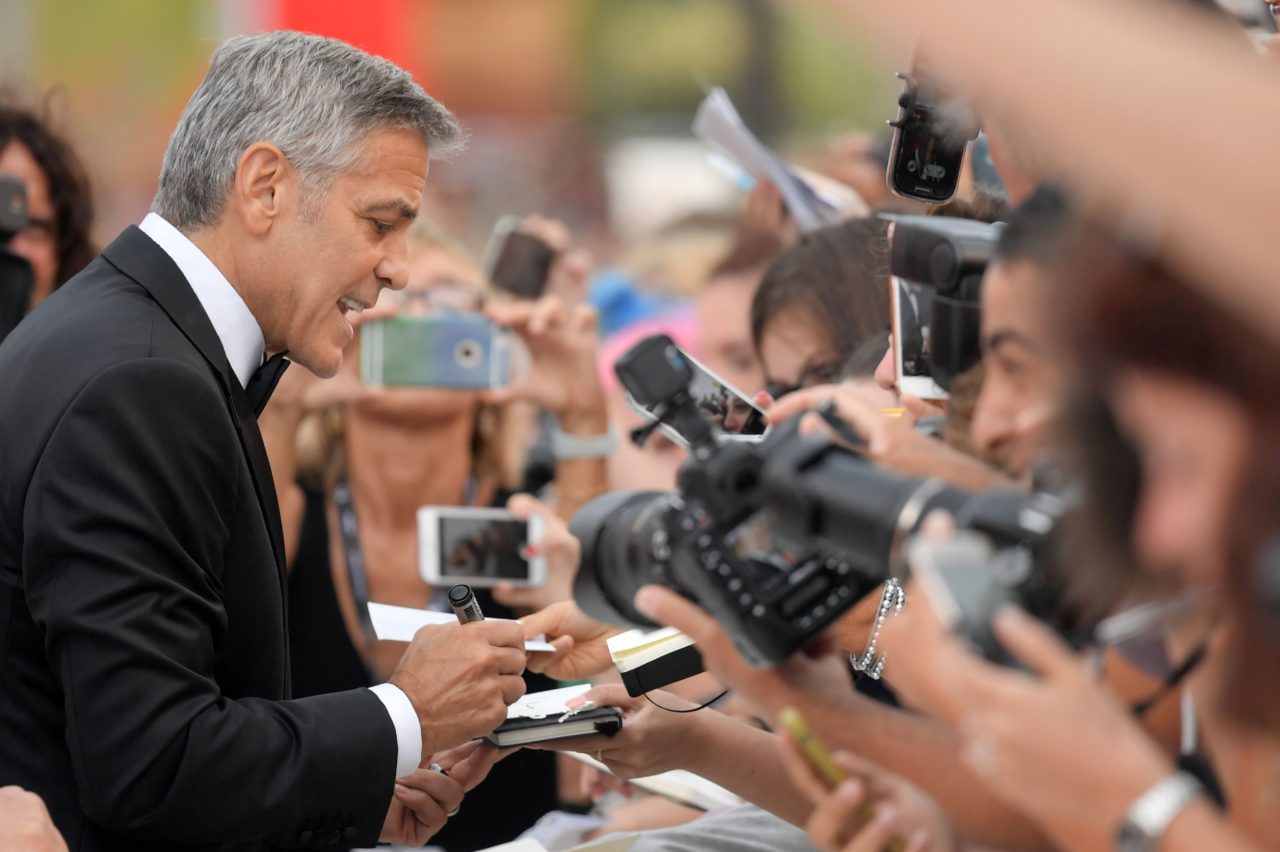 US actor and director George Clooney signs autographs before the premiere of the movie “Suburbicon” presented out of competition at the 74th Venice Film Festival on September 2, 2017 at Venice Lido. (TIZIANA FABI/AFP/Getty Images)

“Now, if you want to wear it on your T-shirt or if you want to hang it off your front lawn, have at it. Good luck with your neighbors,” Clooney said of the Confederate flag. “But to hang it on a public building where partially African-American taxpayers are paying for it, that cannot stand. And we have to come to terms with those things. That’s important.”