“Hail to the Chief,” depicts the words “Trump Tower” imposed on the White House and a line of black men hanging from gallows surrounding photos of Trump and Vice President Pence. This stark imagery unfolds as rapper Chuck D sings: “Hovering over / Looking over the shoulder / Suspense suspect / Who got next game / Hanging us by the necks / Hold onto your purses and wallets / By George, he’s the new Wallace / Show no shame, no malice / Wondering who’s this new Alice.”

Elsewhere in the video, President Trump’s head is imposed onto the body of Adolf Hitler as he gives the Nazi salute — Chuck D raps, “All hail to the chief who came in the name of a thief to cease peace.” 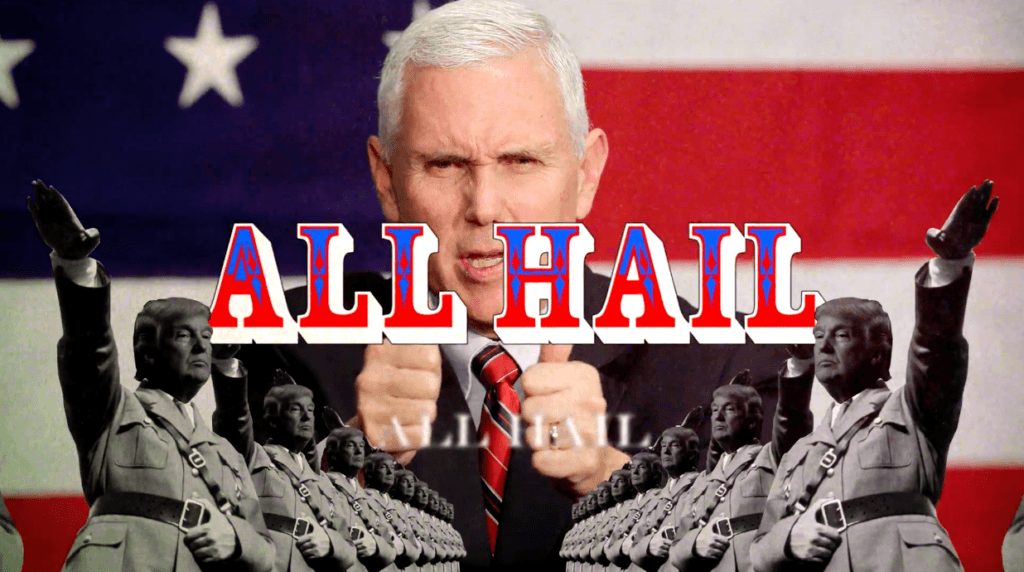 Prophets of Rage — which consists of members of Rage Against the Machine, Public Enemy, and Cypress Hill — has long-criticized Trump even before he was elected. The band played several live shows last year intended to “cause a ruckus” at the Republican National Convention in Cleveland.

Prophets of Rage guitarist Tom Morello released a short video last June, in which he urged people to “stand up against” the “frat house rapist” Donald Trump.

In an interview with CNN last July, Chuck D said Trump is “out of his mind.” Earlier the month, the group’s bassist Tim Commerford slammed the president’s decision to rescind DACA, saying anyone who voted for Trump “is a racist.”