Stevie Wonder dropped to both knees ahead of his concert at the Global Citizen Festival in New York City Saturday, where he told the thousands in attendance he was taking a knee for America and both knees in prayer for the world and its leaders.

The R&B legend, one of the headliners at the annual festival in Central Park, made the gesture a day after President Donald Trump criticized NFL players who take a knee during the National Anthem, and called for the league to take a stronger stance against those who kneel.

“Tonight, I’m taking a knee for America,” Wonder said before the start of his performance, as he was helped by his son, Kwame Morris. “But not just one knee. I’m taking both knees.”

“Both knees in prayer for our planet, our future, our leaders of the world, and our globe,” he added.

The president came under fire Friday after telling attendees at a rally in Alabama that NFL team owners should fire players who protest during games by kneeling during the National Anthem. The kneeling protests began in earnest last year after former San Francisco 49ers quarterback Colin Kaepernick regularly dropped to one knee during the singing of the National Anthem during games, sparking other players around the league to do the same.

“We’re proud of our country. We respect our flag,” Trump said during the rally. “Wouldn’t you love to see one of these NFL owners, when somebody disrespects our flag, to say get that son of a bitch off the field, right now, out? He’s fired.”

Trump’s comments prompted a response from NFL Commissioner Roger Goodell, who slammed the president and said the league was its best “when we help create a sense of unity in our country and culture.”

“Divisive comments like these demonstrate an unfortunate lack of respect for the NFL, our great game and all of our players, and a failure to understand the overwhelming force for good our clubs and players represent in our communities,” Goodell said in a statement. 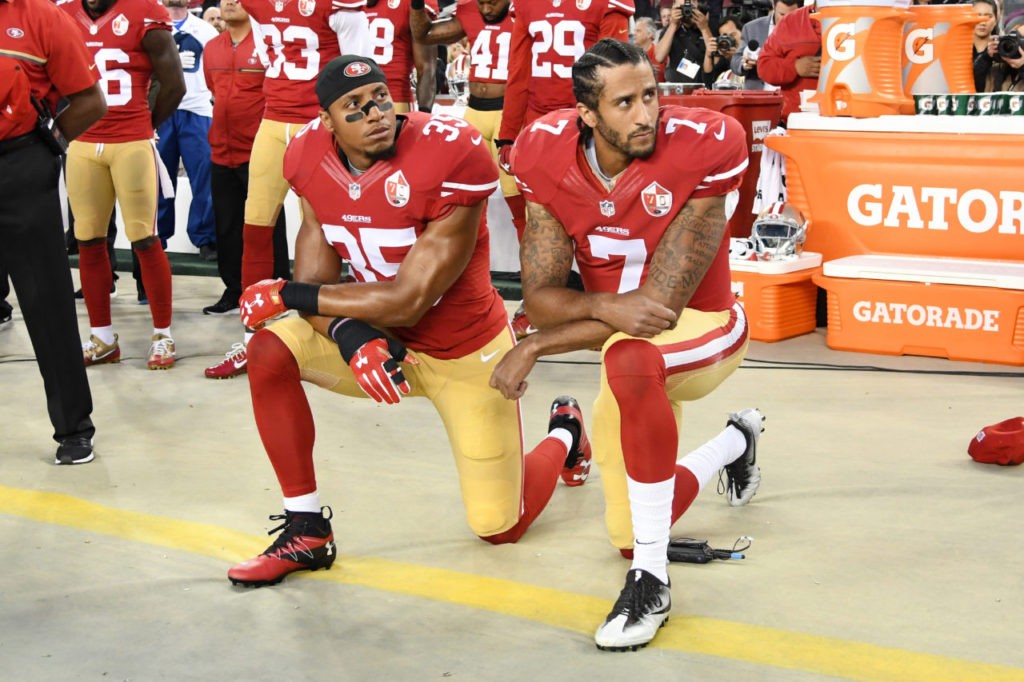 Colin Kaepernick #7 and Eric Reid #35 of the San Francisco 49ers kneel in protest during the national anthem prior to playing the Los Angeles Rams in their NFL game at Levi’s Stadium on September 12, 2016 in Santa Clara, California. (Photo by Thearon W. Henderson/Getty Images) 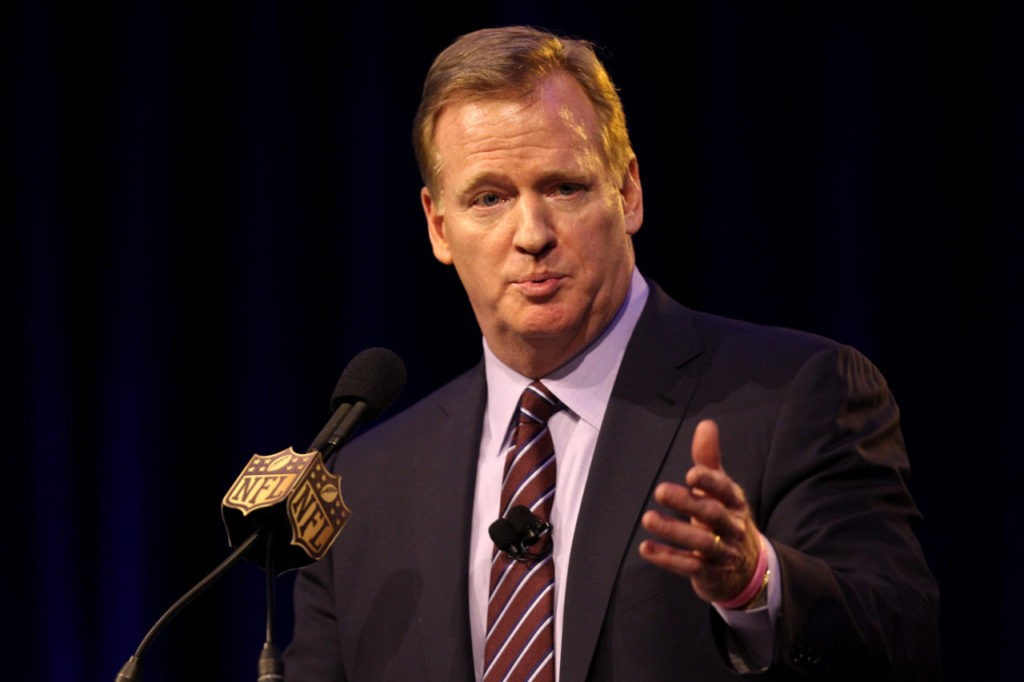 NFL Commissioner Roger Goodell speaks during a press conference prior to Super Bowl 50 at the Moscone Center West on February 5, 2016 in San Francisco, California. Goodell hit back at President Trump in a statement issued Saturday. (Photo by Mike Lawrie/Getty Images)

The president’s comments also led to speculation that even more players would protest the National Anthem during Sunday’s NFL games. As Fox News notes, Sunday is Gold Star Mother’s Day, which on the last Sunday of September each year honors mothers whose children have been killed in service to the United States.

The 67-year-old “Superstition” singer has become increasingly politically outspoken ahead of his musical performances.

During a star-studded, nationally televised telethon for victims of Hurricanes Harvey and Irma this month, the singer said those who are skeptical of the effects of climate change “must be blind, or unintelligent.”