Actress Salma Hayek has come forward with disturbing allegations of sexual misconduct against Harvey Weinstein, claiming in an essay that the now-disgraced film producer repeatedly sexually propositioned her and at one point allegedly threatened to kill her.

In an essay for the New York Times published Wednesday, the 51-year-old actress — who earned an Oscar nomination in the Weinstein-produced 2002 Frida Kahlo biopic Frida — wrote that she had become emboldened to finally break the silence about her alleged abuse due to the dozens of women who have accused Weinstein of misconduct in recent months.

“Harvey Weinstein was a passionate cinephile, a risk taker, a patron of talent in film, a loving father and a monster,” Hayek wrote. “For years, he was my monster.”

Hayek wrote that as an up-and-coming actress in Hollywood, she watched as Weinstein brought original, indie films into the mainstream and to awards glory, and so she desperately wanted to work with him on her passion project, a biopic about iconic Mexican painter Frida Kahlo which she had already been developing for some time.

The actress wrote that she eventually struck a deal for the film with Weinstein that paid her the minimum allowable amount under Screen Actors Guild rules and gave her an unpaid producing credit, but she had been so thankful that Weinstein’s Miramax production company was helming the film that she did not care about the money.

Now, Hayek wrote, she wonders whether it was her friendships with director Quentin Tarantino and actor George Clooney that had possibly shielded her from being raped. 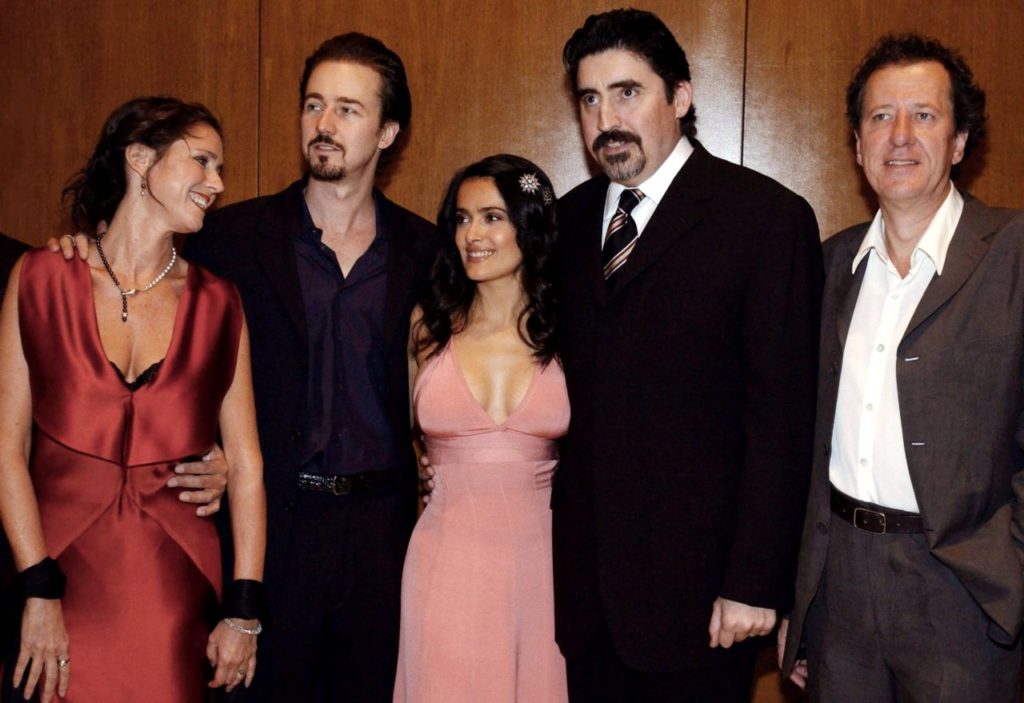 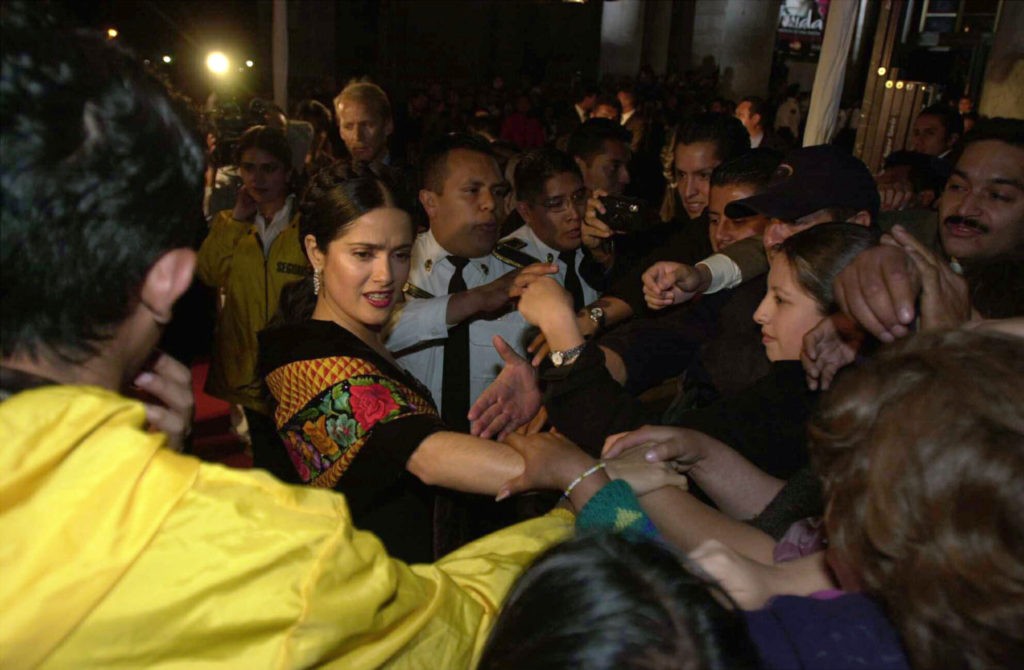 “He had validated the last 14 years of my life. He had taken a chance on me — a nobody. He had said yes,” Hayek wrote. “Little did I know it would become my turn to say no.”

No to opening the door to him at all hours of the night, hotel after hotel, location after location, where he would show up unexpectedly, including one location where I was doing a movie he wasn’t even involved with.

No to me taking a shower with him.

No to letting him watch me take a shower.

No to letting him give me a massage.

No to letting a naked friend of his give me a massage.

No to letting him give me oral sex.

No to my getting naked with another woman.

Hayek added that after she refused Weinstein’s alleged advances and he understood that she wasn’t going to submit to his demands, he flashed a “Machiavellian rage.”

“I don’t think he hated anything more than the word ‘no,'” she wrote, adding that at one point, Weinstein allegedly threatened to kill her.

Hayek also alleged that Weinstein threatened to pull the film and give it to another actress unless she met several demands, including securing an additional $10 million in funding and getting A-list stars and a director to board the project. The actress wrote that she was miraculously able to comply with the demands, but then Weinstein demanded that the film include a lesbian sex scene. 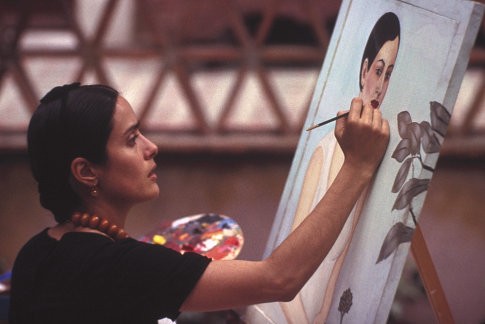 Hayek earned a Best Actress nomination for her role as iconic Mexican painter Frida Kahlo in the 2002 film ‘Frida.’ (Miramax)

“He offered me one option to continue,” she wrote. “He would let me finish the film if I agreed to do a sex scene with another woman. And he demanded full-frontal nudity.”

Hayek wrote that she felt an “immense pressure” to cave to Weinstein’s demands because she had spent so much of her life on the film and didn’t want to let the rest of the cast and crew down. But she added that she had a “nervous breakdown” when it came time to film the scene, crying and vomiting as the crew waited for her to be ready.

When the film was completed, Hayek claimed Weinstein only begrudgingly gave it a tiny release, in two theaters in New York and Los Angeles, despite its very high audience test score.

When she ran into Weinstein years later, Hayek said, the executive told her that he was a changed man and that he appreciated the work she had done on Frida. The film ultimately won Miramax two Oscars, for music and makeup.

“Until there is equality in our industry, with men and women having the same value in every aspect of it, our community will continue to be a fertile ground for predators,” Hayek concluded.

Hayek is one of at least ninety women who have accused Weinstein of sexual misconduct in recent months, including at least ten women have accused him of rape. The producer — who is reportedly in Arizona — has through a spokesperson repeatedly denied any non-consensual sexual activity.