Posters taking aim at actress Meryl Streep over her working relationship with disgraced movie mogul Harvey Weinstein have apparently popped up around the Los Angeles area this week.

According to the Hollywood Reporter, the posters — which feature a smiling Streep seated next to Weinstein and the words “She Knew” superimposed over the actress’s eyes — appeared in several locations in Southern California Tuesday, including near Streep’s home in Pasadena and across the street from the Fox Studios lot in Century City.

The artist or group of artists behind the posters was not immediately identified.

Weinstein — who distributed several films in which Streep starred, including August: Osage County and The Iron Lady — has been accused of sexual misconduct by dozens of women, including ten who have accused the producer of rape.

Streep has repeatedly maintained that she did not know about Weinstein’s behavior. 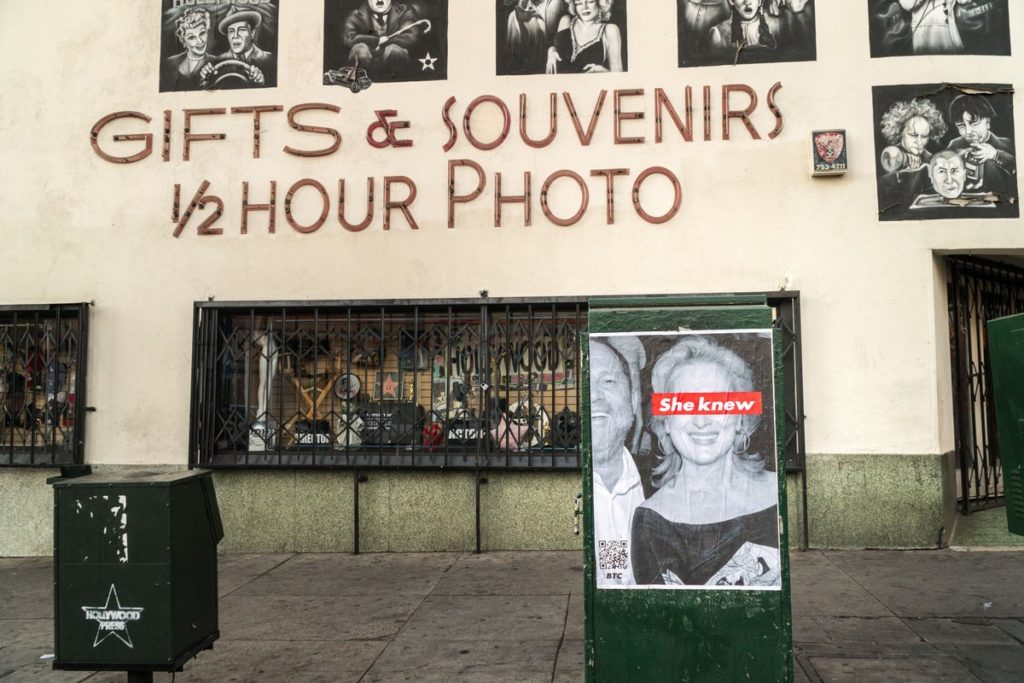 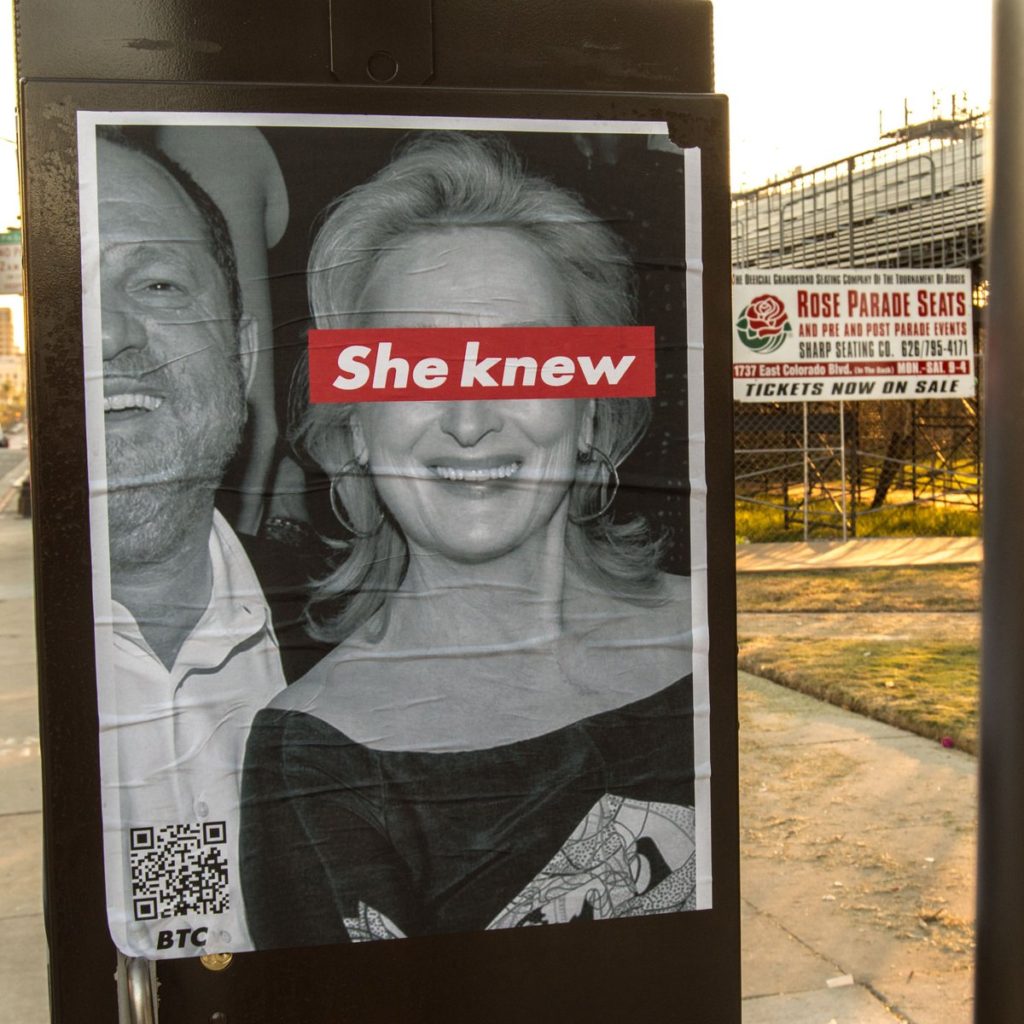 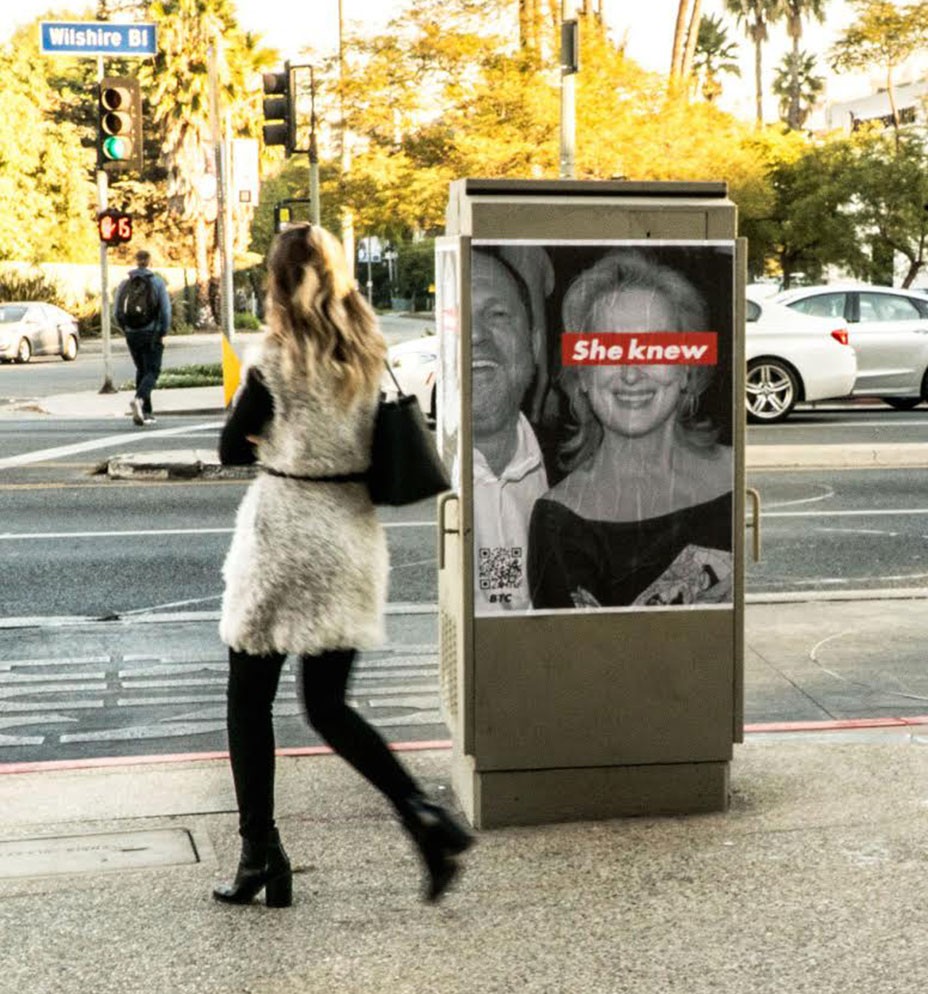 The posters come shortly after the Oscar-winning actress defended herself from fellow actress Rose McGowan in a statement Monday, after McGowan publicly accused Streep of “happily” working with Weinstein for years while remaining silent about his sexual misconduct.

“It hurt to be attacked by Rose McGowan in banner headlines this weekend, but I want to let her know I did not know about Weinstein’s crimes, not in the 90s when he attacked her, or through subsequent decades when he proceeded to attack others,” Streep said in a statement to the Huffington Post.

McGowan appears to have since deleted her tweet criticizing Streep.

Streep — who referred to Weinstein as “God” while accepting a Golden Globe in 2012 — has previously claimed that many people in Hollywood did not know the extent of Weinstein’s behavior.