The Los Angeles street artist known as Sabo has struck once again, hanging a series of signs around the city that read “F**k the FBI” and “Trump 2024 MAGA.” 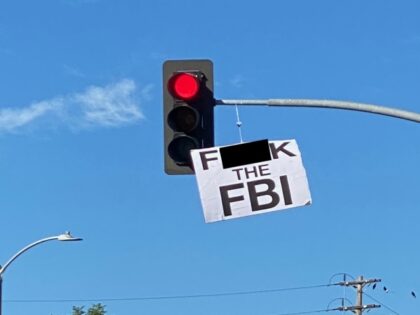 Los Angeles is putting its best face forward for Super Bowl LVI, with local leaders and the corporate media sweeping the county’s out-of-control crime wave under the carpet as tens of millions of football fans tune in for Sunday’s big game. 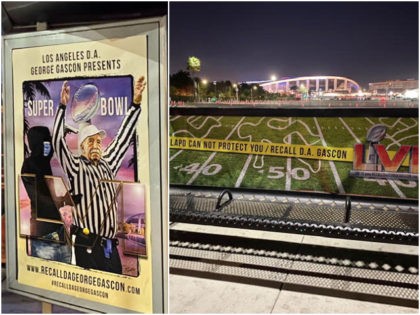 Posters advertising the hashtag #KANYE2024, a photo of rap superstar Kanye West, and the slogan “Keep America Great” are popping up all across America, according to various news reports. 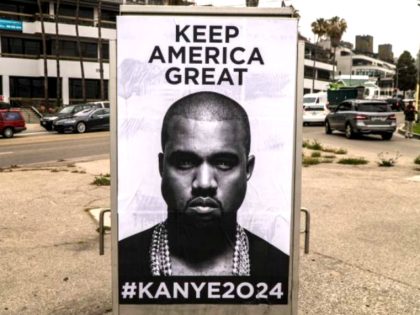 Street artist known as Sabo is trolling celebrities ahead of Sunday’s Academy Awards, erecting three billboards that send searing messages to a town whose most powerful men have been accused of decades of sexual abuse. 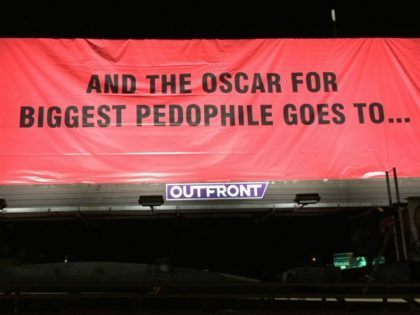 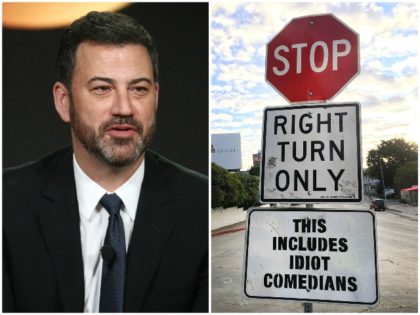 Street artist Sabo has apparently trolled Hollywood celebrities arriving for Sunday night’s Golden Globes in Los Angeles with artwork implying that many of them knew about widespread allegations of sexual misconduct in the entertainment industry, and did nothing to act. 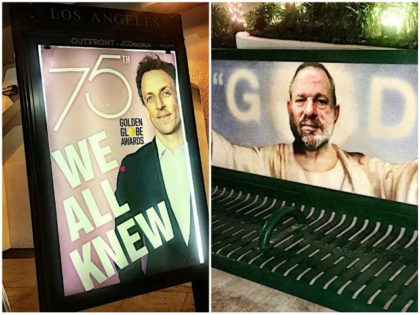 ‘She Knew’: Artist Calls Out Meryl Streep with Weinstein Posters

Posters taking aim at actress Meryl Streep over her working relationship with disgraced movie mogul Harvey Weinstein have apparently popped up around the Los Angeles area this week. 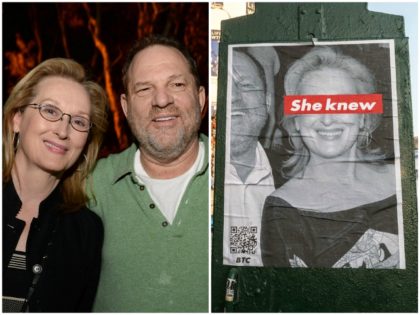 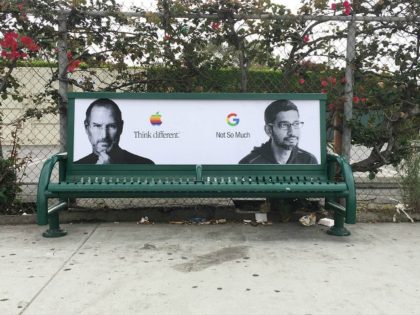 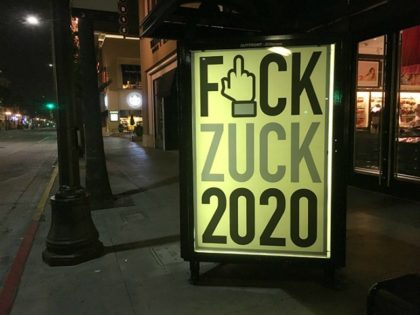 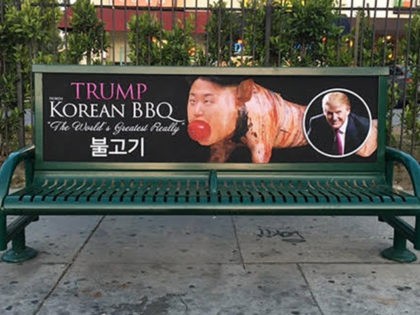 Conservative street artist Sabo has struck again, this time with a series of posters mocking the upcoming Academy Awards that he plastered all over Hollywood with just 48 hours to go until the big show. 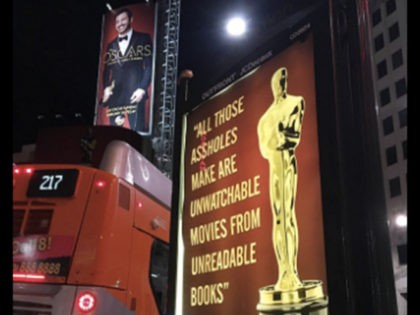 With the second Republican debate scheduled this week just down the road at the Reagan Library in Simi Valley, a group of conservative street artists have been busy in Los Angeles showing their support for Sen. Ted Cruz, and are 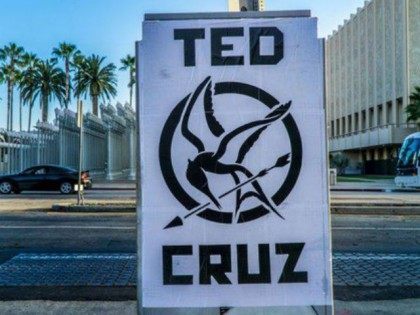 Several street art posters appeared in West Los Angeles ahead of a rally Sunday against the new Iran nuclear deal. The posters, apparently by conservative guerilla artist Sabo, The posters target the new Iran deal, though there are some that take on the latest Planned Parenthood scandal, or the Obama administration in general. 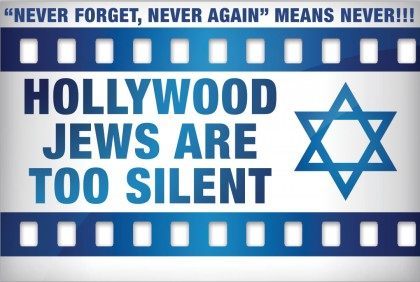 The artist behind President Obama’s iconic “Hope” posters was arrested in Los Angeles last week on vandalism charges in Detroit. 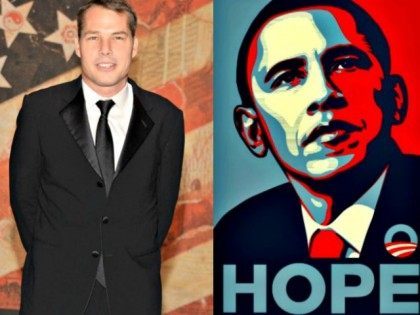 George Stephanopoulos has received an embarrassing reminder of the scandal raging over his relationship to Bill and Hillary Clinton–right outside his work! 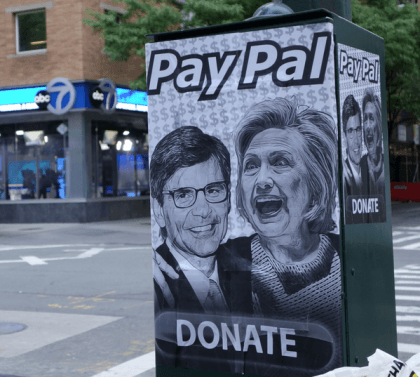 Several pieces of artwork critical of presidential candidate Hillary Clinton have appeared around Los Angeles and Beverly Hills ahead of a trio of pricey fundraisers the candidate will attend this week. 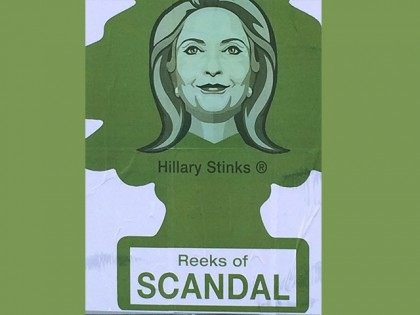 ‘No Kardashian Parking’ Signs Go Up in L.A. 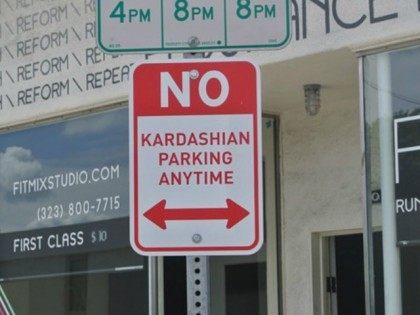 A young woman from Karlsruhe, Germany is writing feminist messages on menstrual pads and displaying them in public places around her hometown to fight sexism, and she wants you to know about it. Period. 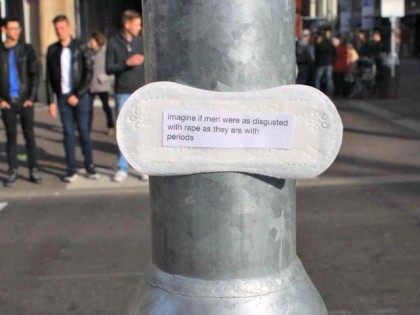 Posters mocking Ed Begley Jr. and Robert Kennedy Jr. have popped up in Hermosa Beach, California and other nearby neighborhoods ahead of the pair’s appearance at an environmental event Thursday. 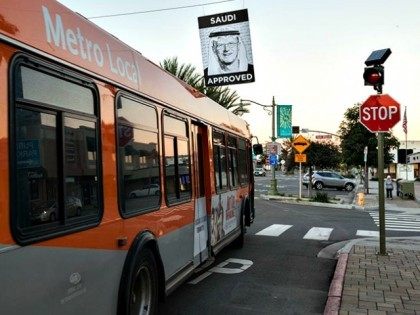