For the White House Christmas tree lighting ceremony, Melania chose a red tweed Chanel coat with pointed nude Christian Louboutin stilettos. This was only the second time the First Lady had worn a design by Chanel creative director Karl Lagerfeld. 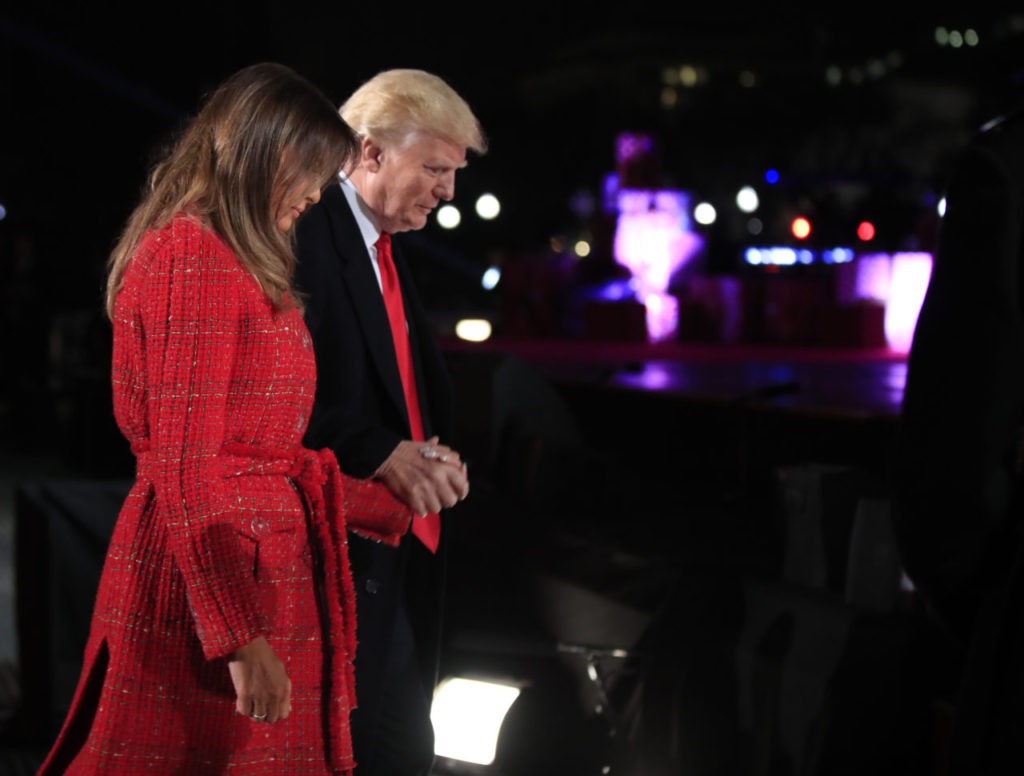 President Donald Trump holds first lady Melania Trump’s hand as they walk back to the stage during the lighting ceremony for the 2017 National Christmas Tree on the Ellipse near the White House in Washington, Thursday, Nov. 30, 2017. (AP Photo/Manuel Balce Ceneta) 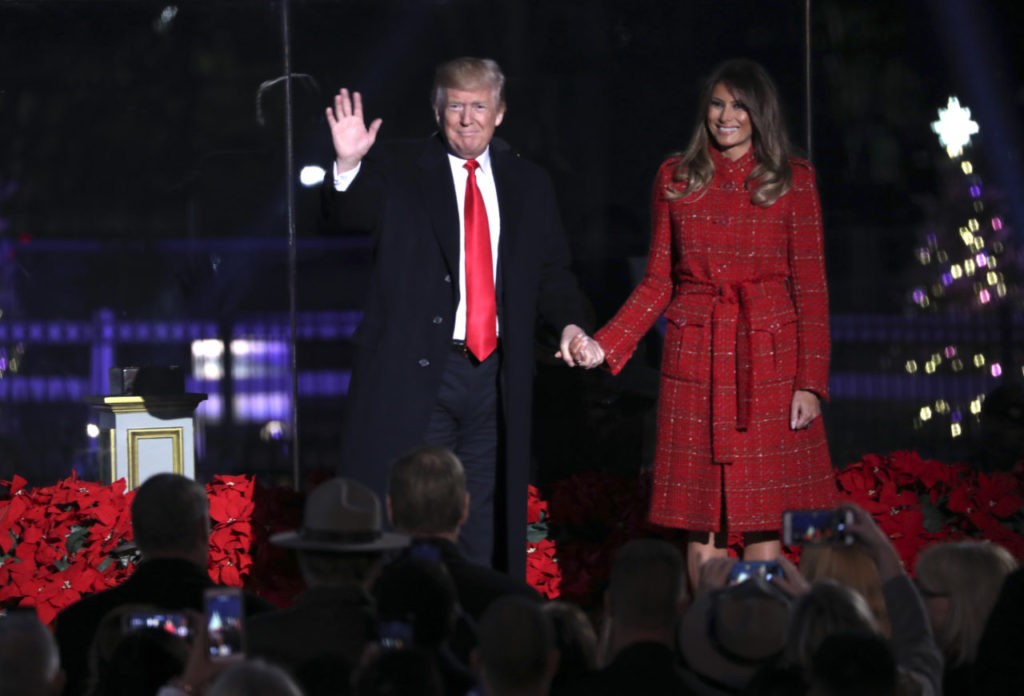 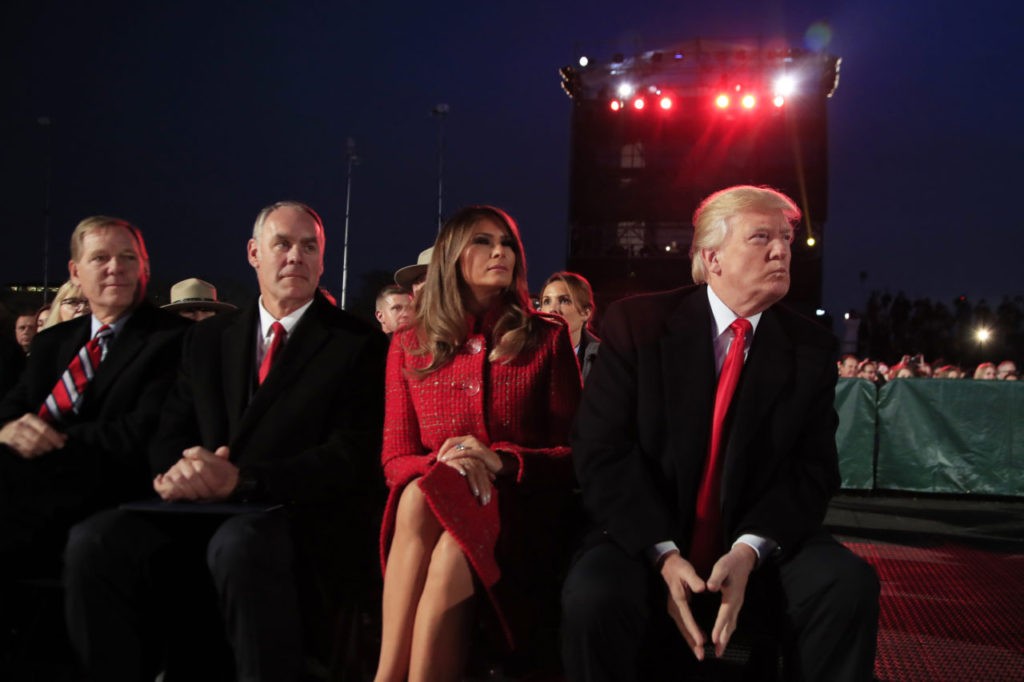 On Christmas Eve, Melania wore a bright red Dior coat-dress with Manolo Blahnik stilettos to sit with President Trump at Mar-A-Lago to call American children to help track Santa. Melania’s red coat matched perfectly with ornaments on the Christmas tree behind her, as well as the red flowers that sat in vases next to her. 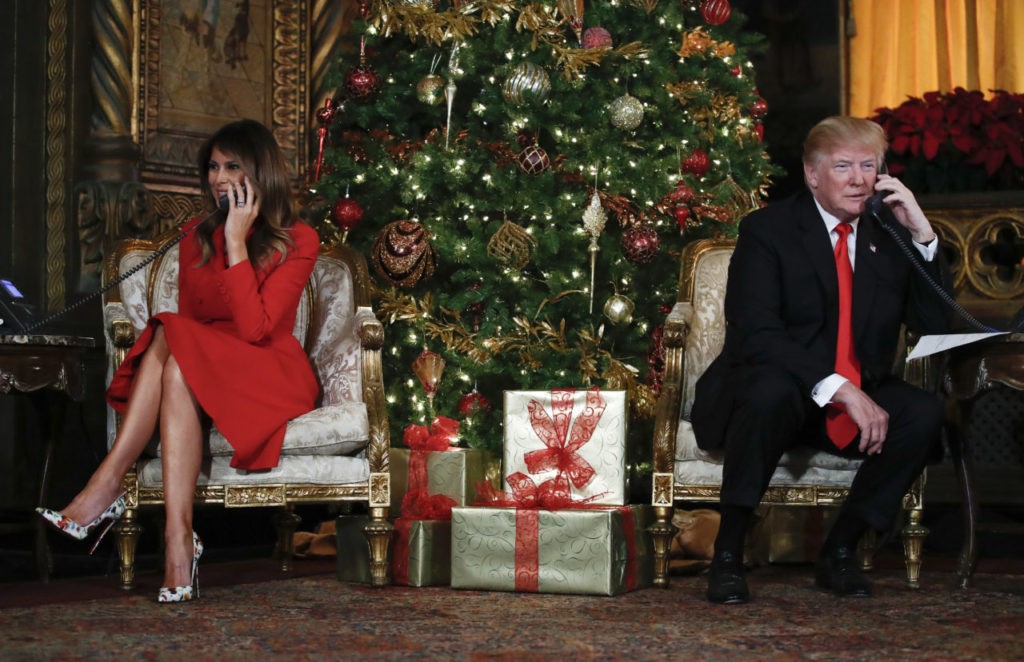 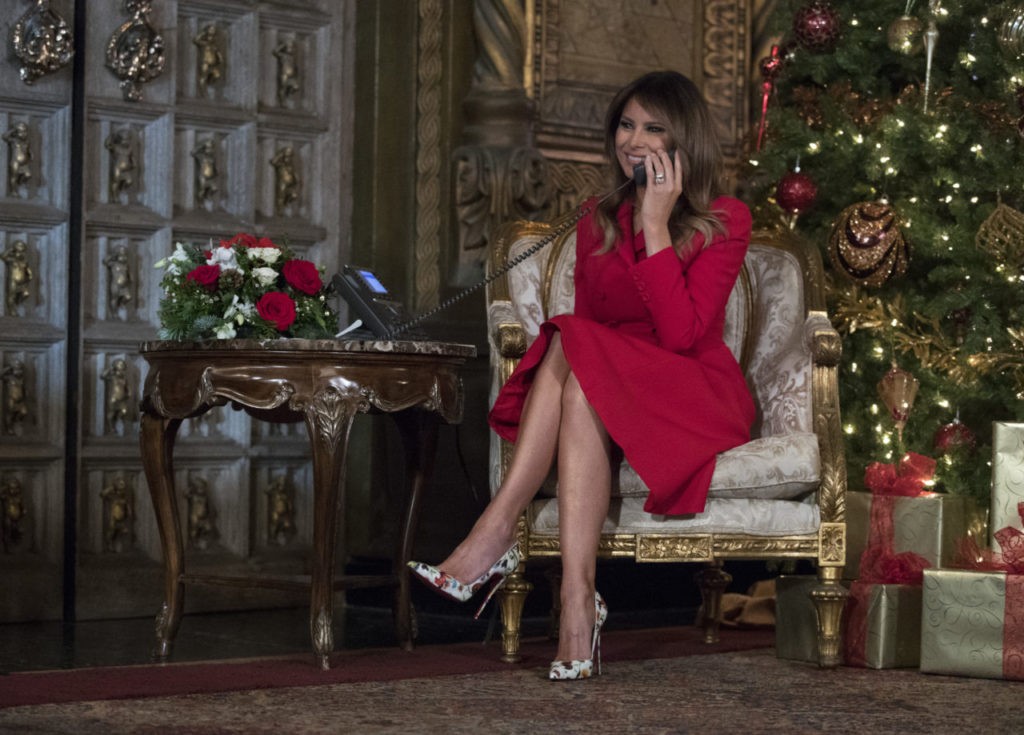 For Christmas Eve mass, Melania changed it up, arriving at the church in a subtle black Erdem a-line dress with silver embellishments along her hips to accentuate her waist, along with a v-neckline. 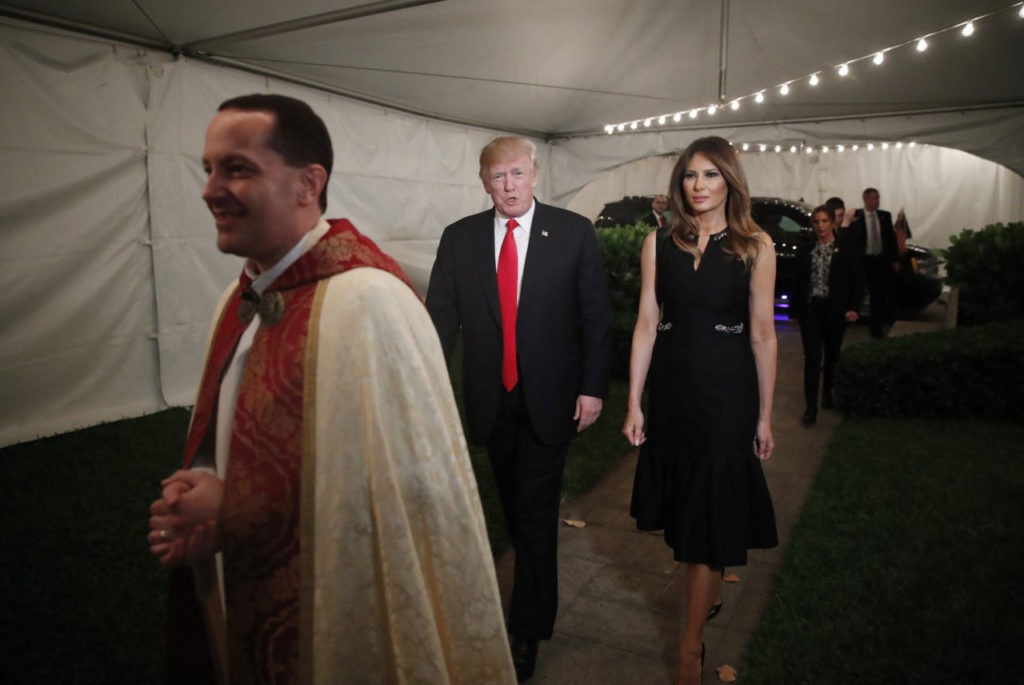 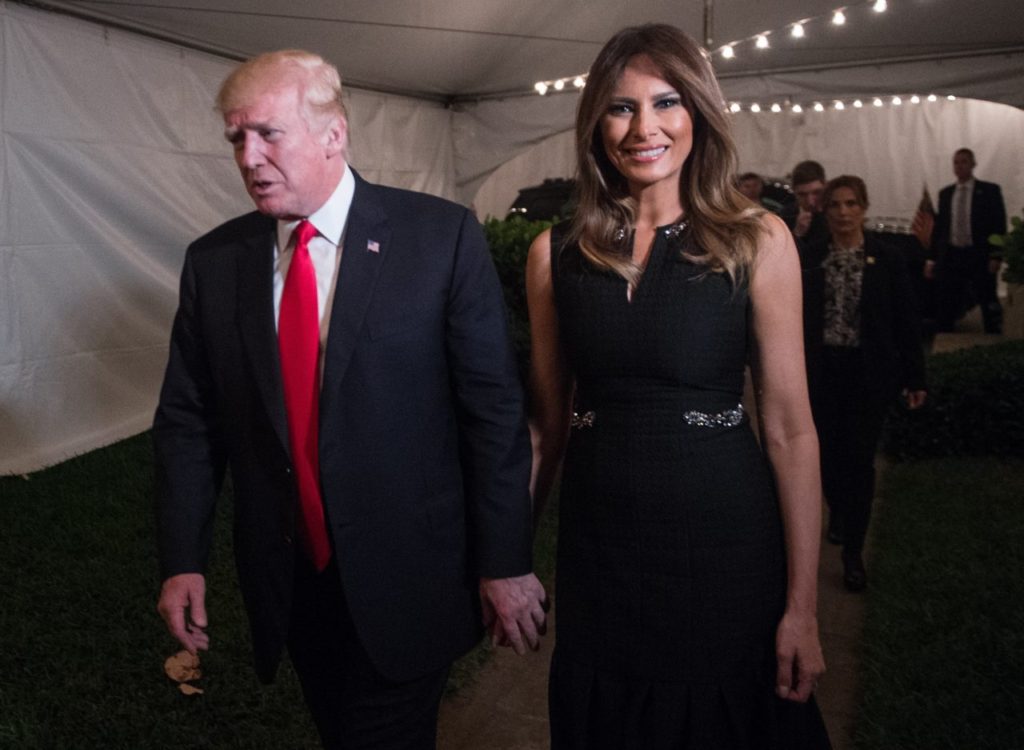