Documentary filmmaker Morgan Spurlock caused waves with Super Size Me, the 2004 film in which he claimed eating McDonald’s gave him multiple health problems — but his recent admission to decades of heavy drinking call into question his dramatic claims about his health ailments being the result of fast food.

With his film, Spurlock won the Grand Jury Prize at the Sundance Film Festival and was even nominated for an Academy Award. Phelim McAleer reminded readers of Super Sizes Me’s theatrical acclaim in a recent editorial in The Wall Street Journal.

Spurlock’s super-sized claims were quite dramatic. Before he started filming the expose about the effects of McDonald’s food on a human body, the filmmaker said that he was in a “good spot” with his health. But after a full month of eating fast food, Spurlock insisted that his health took a dramatic, downward turn.

In that one month, the filmmaker insisted that he gained an unhealthy amount of weight, he said he got “the shakes” from the burgers and fries, felt depressed, lost sexual function, and he even made the claim that his liver was damaged by the temporary fast food diet.

In a subsequent interview, Morgan Spurlock congratulated himself on “opening people’s eyes” on the ills of fast food. He also claimed that the experience hurt his body to the point where he gains weight easily. 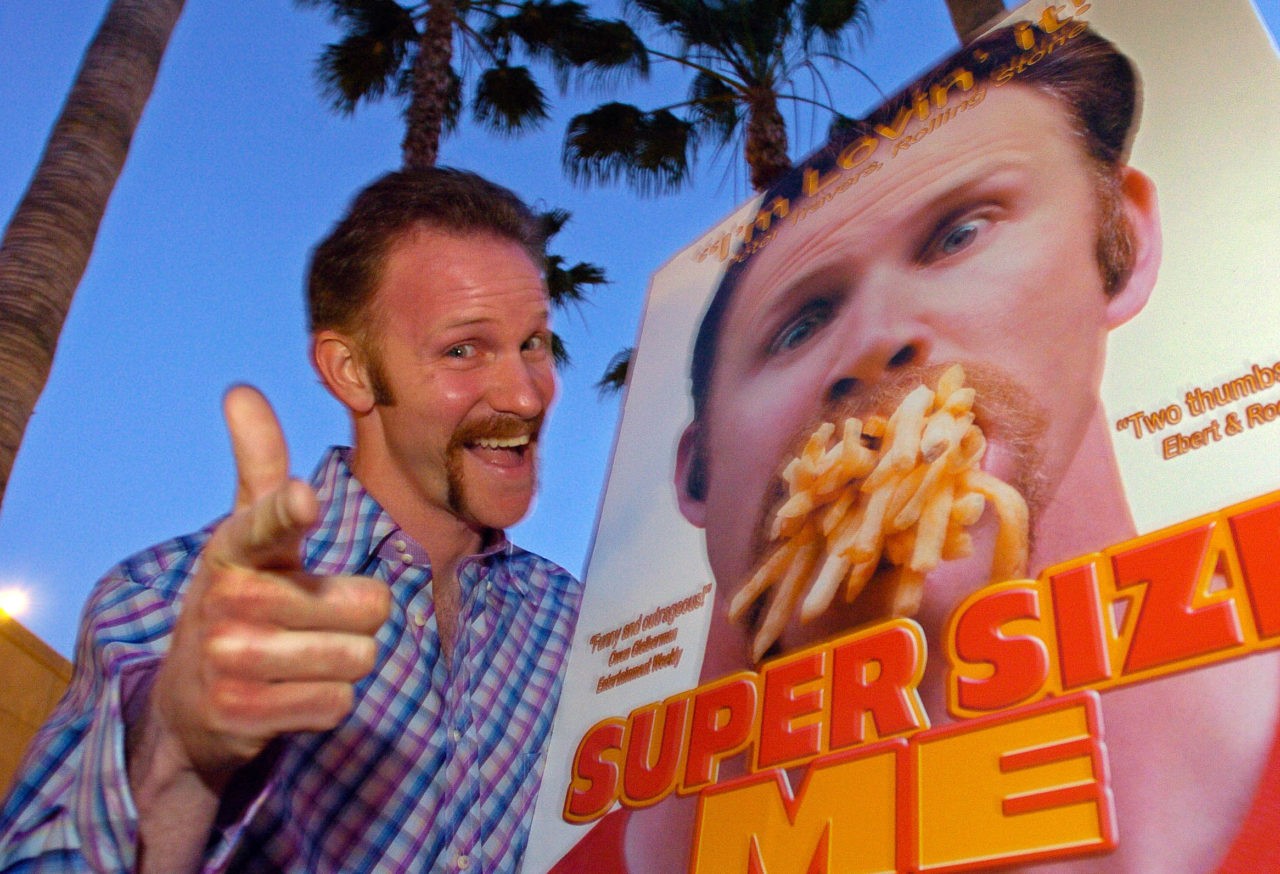 Morgan Spurlock poses at the Los Angeles premiere of his film “Super Size Me,” Thursday night, April 22, 2004, in the Hollywood section of Los Angeles. The film, in which Spurlock directs and stars, takes a look at the legal, financial and physical costs of America’s hunger for fast food. (AP Photo/Mark J. Terrill)

Phelim McAleer found that Spurlock himself recently made a statement that seems to put his earlier health claims in doubt. McAleer notes that after he was accused of sexual harassment, Spurlock made a shocking admission:

Fast-forward to December 2017, when Mr. Spurlock issued a #MeToo mea culpa titled “I Am Part of the Problem,” detailing a lifetime of sexual misdeeds. As a result, YouTube dropped its plans to screen his Super Size Me sequel, and other broadcasters cut ties. But overlooked in all this was a stunning admission that calls into question the veracity of the original Super Size Me.

After blaming his parents for his bad acts, Mr. Spurlock asked: “Is it because I’ve consistently been drinking since the age of 13? I haven’t been sober for more than a week in 30 years.”

“Could this be why his liver looked like that of an alcoholic? Were those shakes symptoms of alcohol withdrawal?”McAleer asked.

McAleer also pointed out that Spurlock’s admission about his drinking raises a question about earlier claims:

Mr. Spurlock’s 2017 confession contradicts what he said in his 2004 documentary. “Any alcohol use?” the doctor asks at the outset. “Now? None,” he replies. In explaining his experiment, he says: “I can only eat things that are for sale over the counter at McDonald’s — water included.”

Morgan Spurlock’s recent admission about a possible chronic alcohol problem appear to be at odds with the claims he made that eating fast food damaged his health.

Naturally, Spurlock has refused to respond to questions about these contradictory statements.