The 2018 BET Awards barely handed out any trophies with big stars like Cardi B, Drake and Kendrick Lamar absent, but the show included superior performances by rising singer H.E.R, rapper Meek Mill and gospel artist Yolanda Adams, who paid tribute to Anita Baker and nearly brought her to tears.

Baker, an eight-time Grammy winner who dominated the R&B charts from the early ’80s to mid-90s, earned the Lifetime Achievement Award on Sunday at the Microsoft Theater in Los Angeles.

The 60-year-old used her speech to encourage the artists in the room to keep music alive.

H.E.R., whose real name is Gabi Wilson, was impressive as she sang the R&B hit “Focus,” played the electric guitar like a rock star and sang softly during the sweet love song “Best Part,” where she was joined by Daniel Caesar.

Meek Mill, who was released from prison in April, rapped the song “Stay Woke” on a stage transformed into a street corner, featuring hustlers, children and police officers. A mother screams as her child is shot during the powerful performance, and an officer lays an American flag over the body.

Meek Mill also made a statement by wearing a hoodie featuring the face of XXXTentacion, the 20-year-old rapper-singer who died after being shot last week. 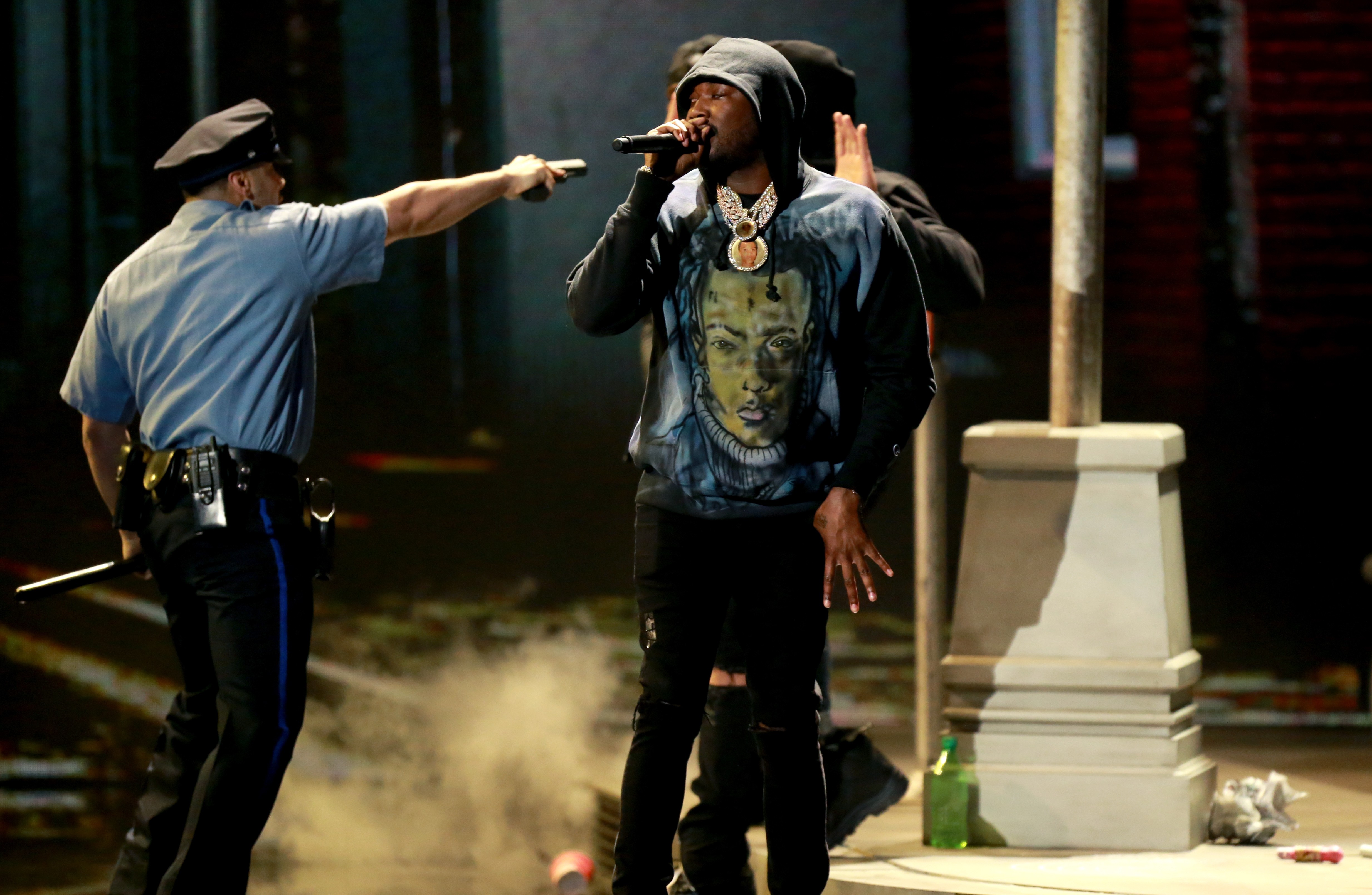 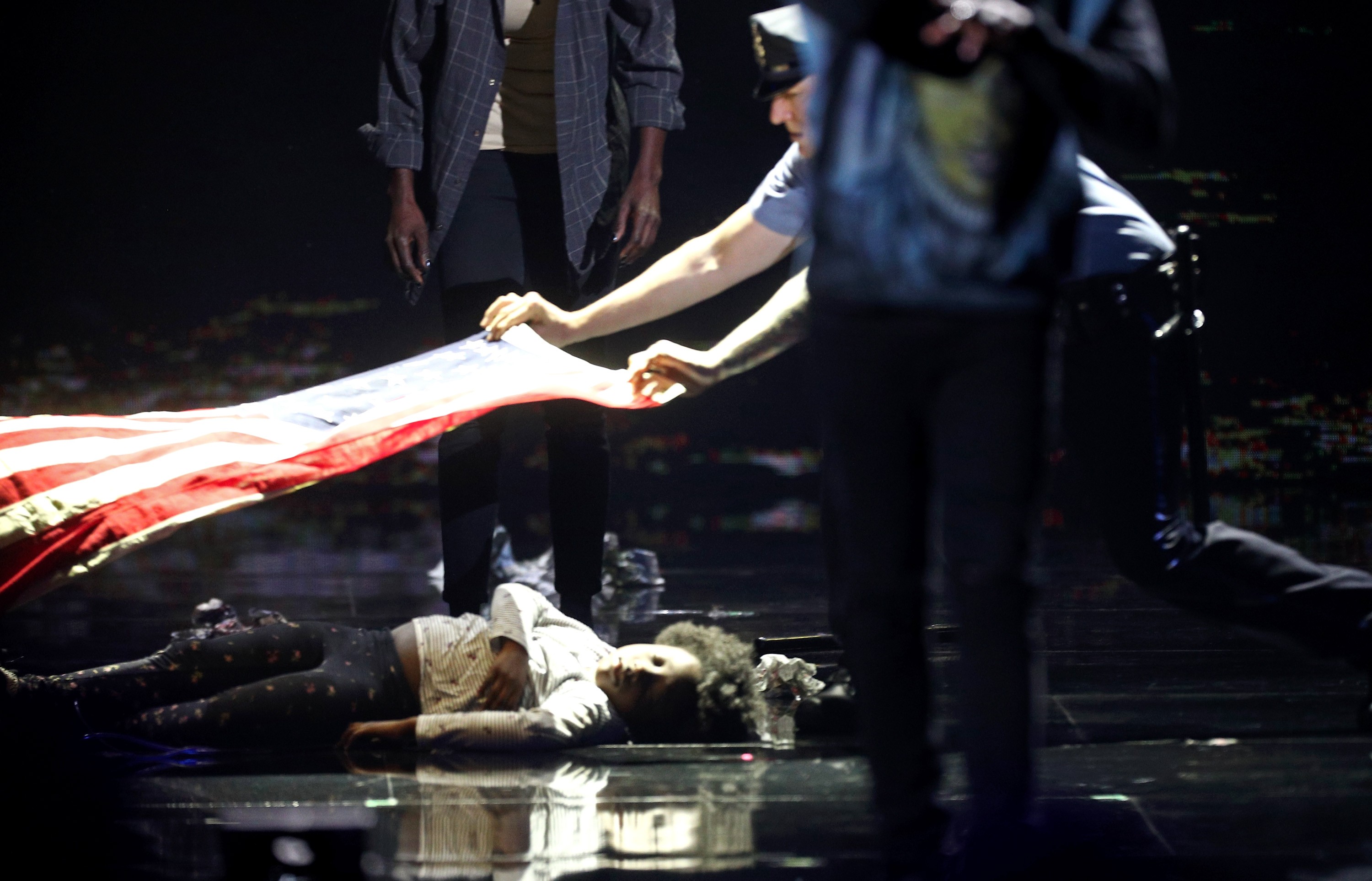 “We can’t get used to these types of things. We’re too used to young people getting killed,” Foxx said when speaking about XXXTentacion later in the show.

The Oscar winner told the audience to “try to sneak a message in” their music.

“We got to figure something out,” he said.

Snoop Dogg celebrated 25 years in music, performing the classic songs “What’s My Name” and “Next Episode.” The rapper also performed songs from his recently released gospel album, wearing a choir robe on a stage that looked like a church.

Childish Gambino, whose song and music video “This Is America” tackles racism and gun violence and became a viral hit last month, gave a short, impromptu performance of the song when Foxx brought him onstage.

“Everybody begged me to do a joke about that song. I said that song should not be joked about,” Foxx said.

Foxx kicked off the show rejoicing in the uber success of “Black Panther,” namedropping the records the film has broken and even pulled Michael B. Jordan onstage to recite a line from the film.

“We don’t need a president right now because we got our king,” Foxx said of T’Challa. “(Director) Ryan Coogler gave us our king.”

Foxx entered the arena with a stuffed black panther toy — with a gold chain around its neck — which he handed to Jordan. The film won best movie.

“The film is about our experiences being African-Americans and also captures the experiences of being African,” Coogler said. “It was about tapping into the voice that tells us to be proud of who we are.”

At the end of his speech he told the audience to travel to Africa and learn more about the continent’s history.

SZA, who was the most nominated woman at this year’s Grammys, won best new artist and said she’s “never won anything in front of other people.”

She dedicated the award to those “lost in the world,” saying: “Follow your passion … believe in yourself.”

“You can achieve anything you want in life,” she said.

DJ Khaled was the leading nominee with six and picked up the first award of the night — best collaboration — for “Wild Thoughts” with Rihanna and Bryson Tiller. He was holding his son on his hip onstage and also used his speech to highlight young people. 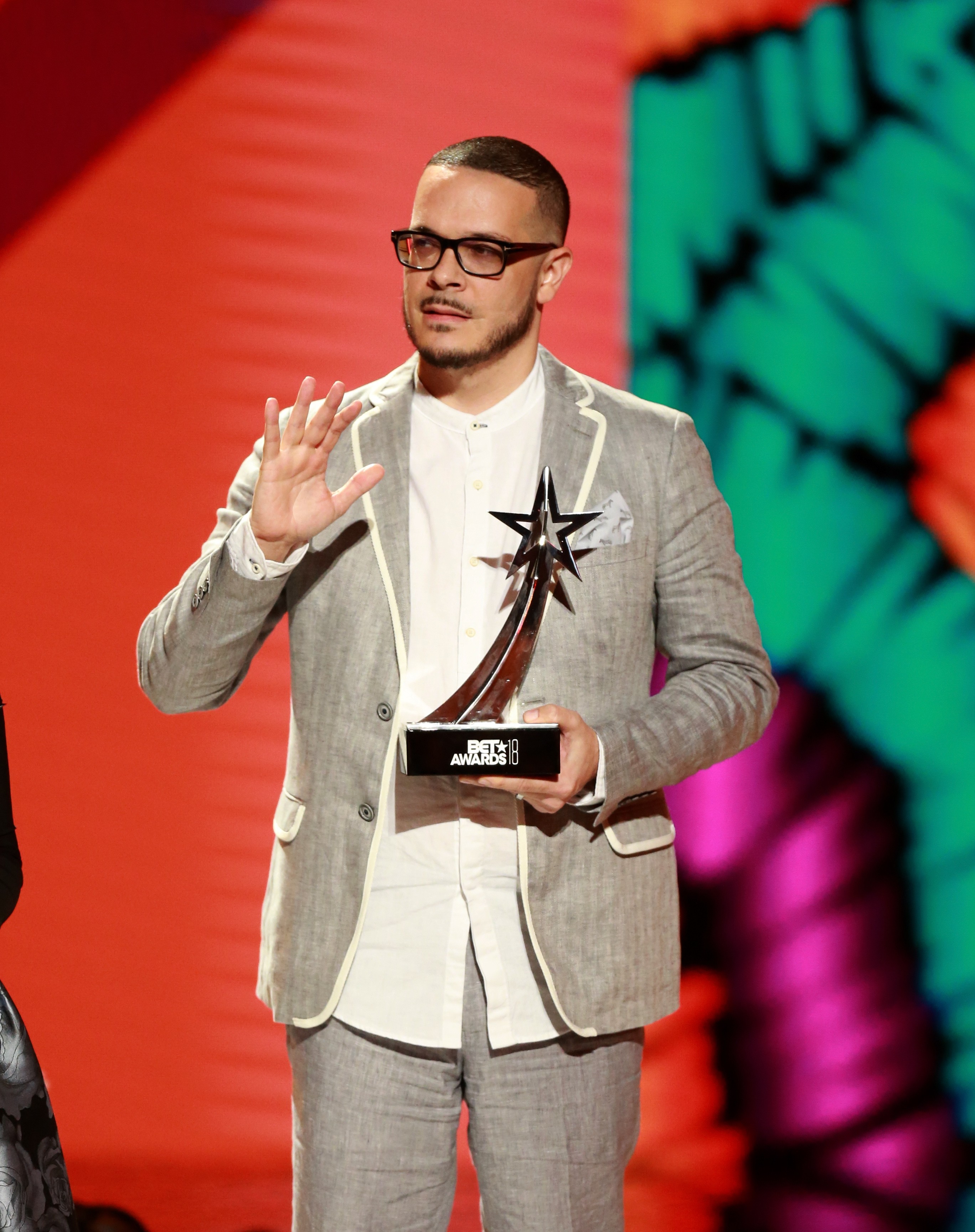 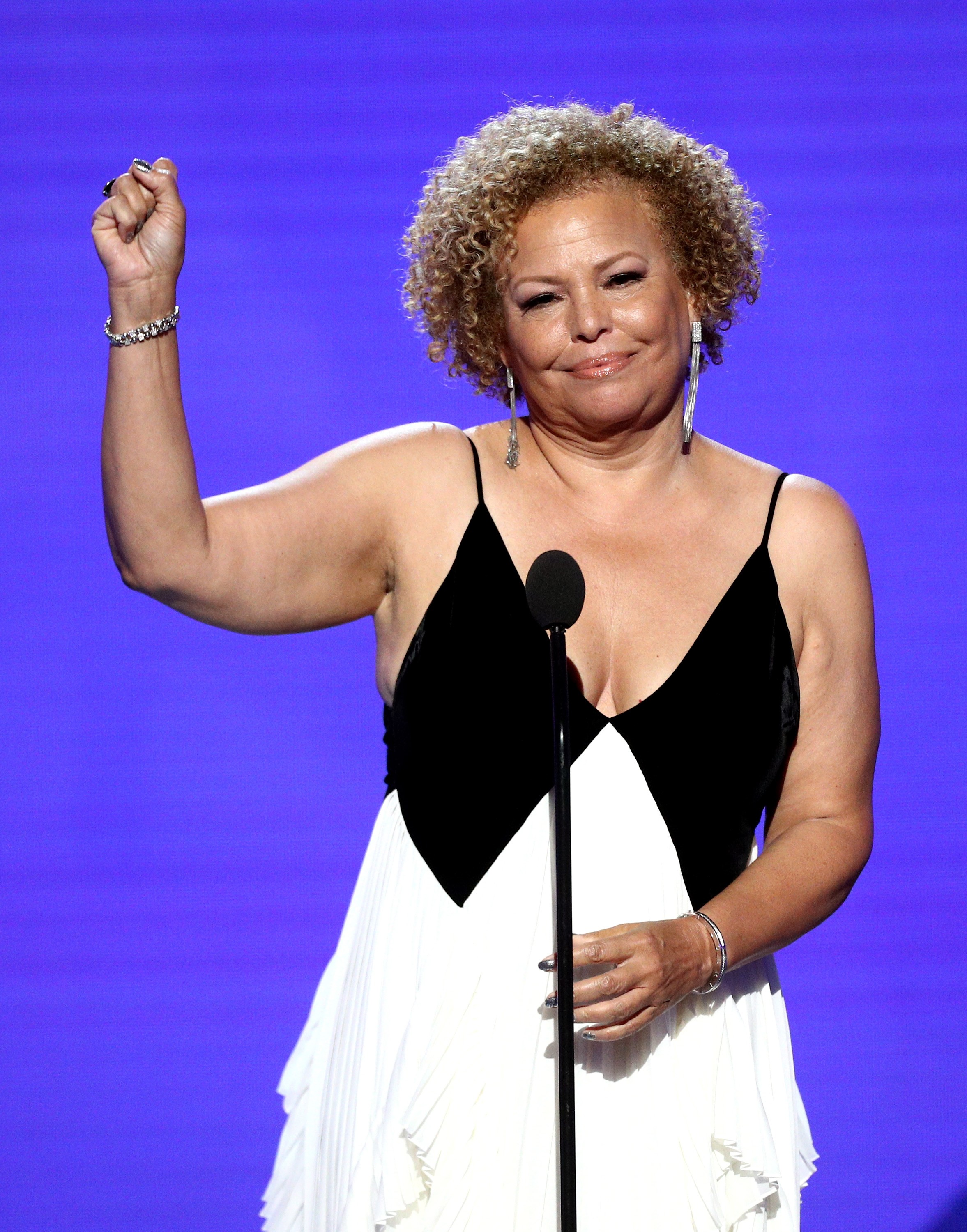 The BET Awards normally hands its Humanitarian Award to one person, but six individuals received the honor Sunday. Dubbed “Humanitarian Heroes,” the network gave awards to James Shaw Jr., who wrestled an assault-style rifle away from a gunman in a Tennessee Waffle House in April; Anthony Borges, the 15-year-old student who was shot five times and is credited with saving the lives of at least 20 other students during February massacre in Florida; Mamoudou Gassama, who scaled an apartment building to save a child dangling from a balcony last month in Paris; Naomi Wadler, the 11-year-old who gave a memorable and influential speech at March for Our Lives; Justin Blackman, the only student to walk out of his high school in North Carolina during the nationwide student walkout to protest gun violence in March; and journalist and activist Shaun King.

Debra Lee, who stepped down as chairman and CEO of BET last month after 32 years at the network, earned the Ultimate Icon Award.

“The power of black culture is unmatched. It’s beautiful. It’s amazing. It’s everything. It’s us,” she said.

She ended her speech quoting former U.S. President Barack Obama, calling him “our commander in chief,” which drew loud applause.

“And, it’s Debra Lee, out,” she said as she dropped her imaginary microphone.