Chances are you skipped the 2019 Academy Awards — I don’t blame you — and that is why I’m here to wrap up all the best and worst dressed Hollywood celebrities from the ceremony’s red carpet.

Lady Gaga came to score fashion points this awards season. She started off in a modern Valentino rendition of Judy Garland’s baby blue gown from the 1954 version of “A Star is Born” and finished the season in a classic black silk faille dress with avant-garde flair in the form of exaggerated hips.

From the black leather gloves, silver updo, Tiffany & Co. 128.54 carat diamond — that only she and Audrey Hepburn have been allowed to wear thus far — to her Capri summer tan, Gaga was a star this year, even if “A Star is Born” does not live up to the hype that it has garnered from the press. 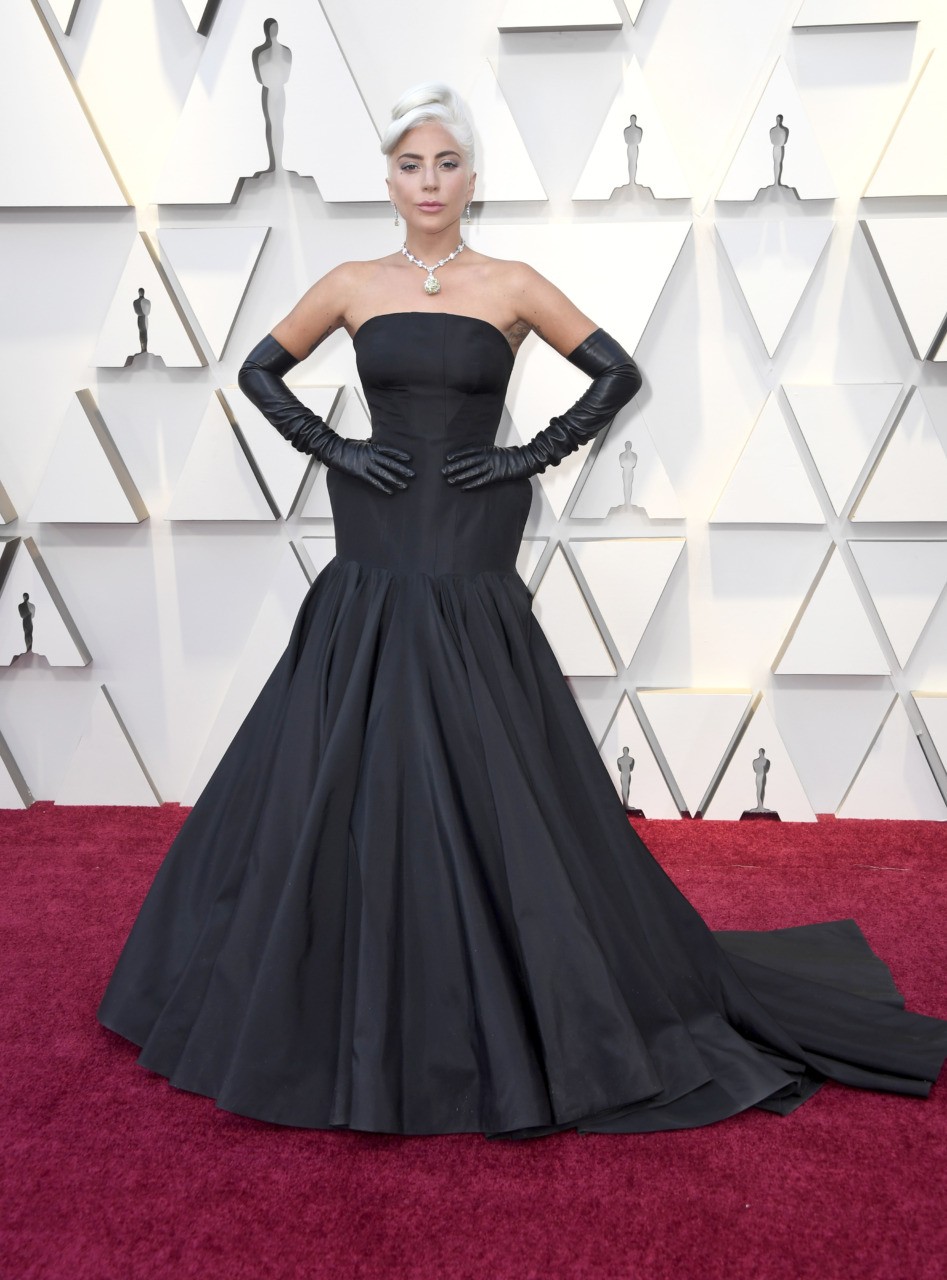 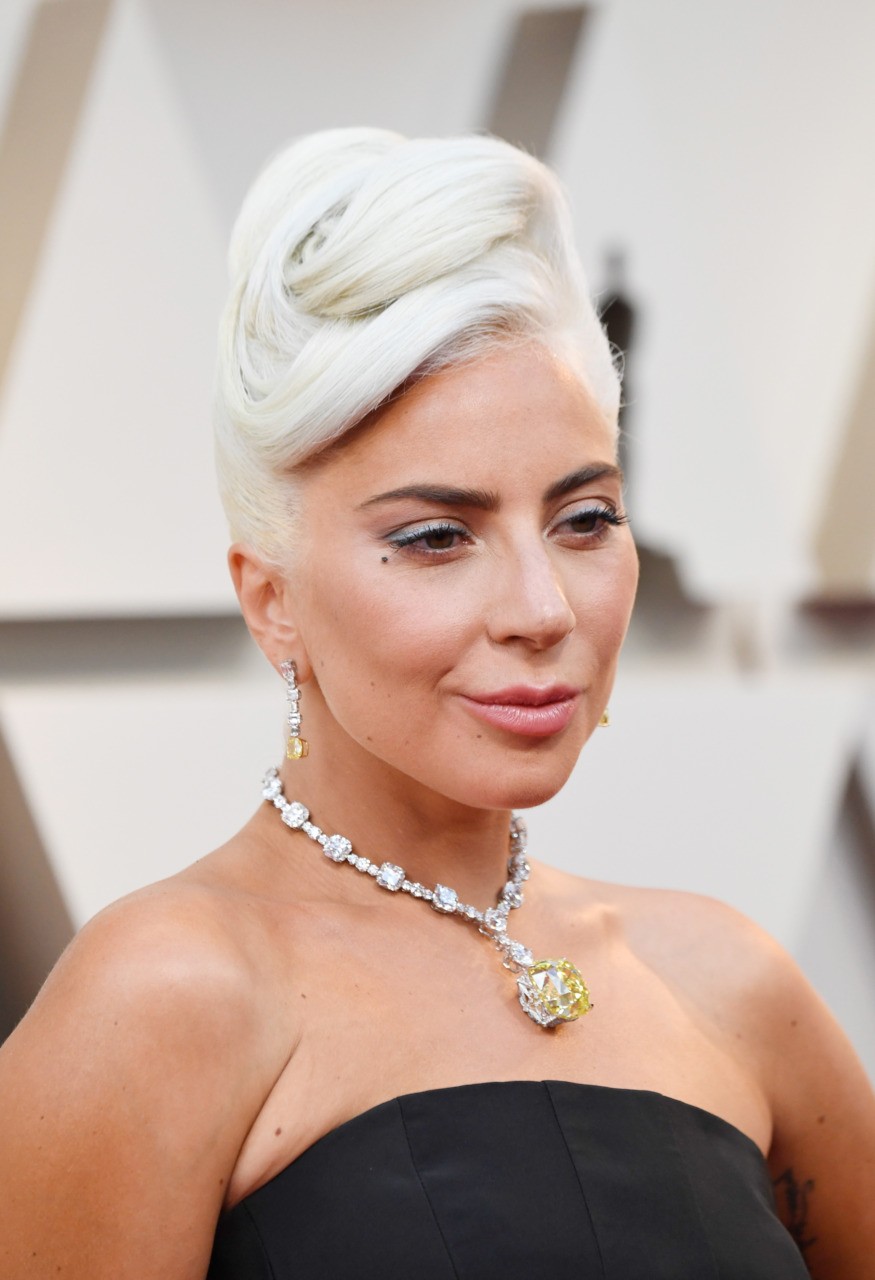 For Gaga’s second gown of the evening, she chose this racerback black satin ballgown by Brandon Maxwell, her stylist, which was even better than her original red carpet McQueen dress.

If her first dress was channeling Hepburn in “Breakfast at Tiffany’s,” this look was most certainly a nod to Princess Diana, one of the singer’s longtime inspirations. 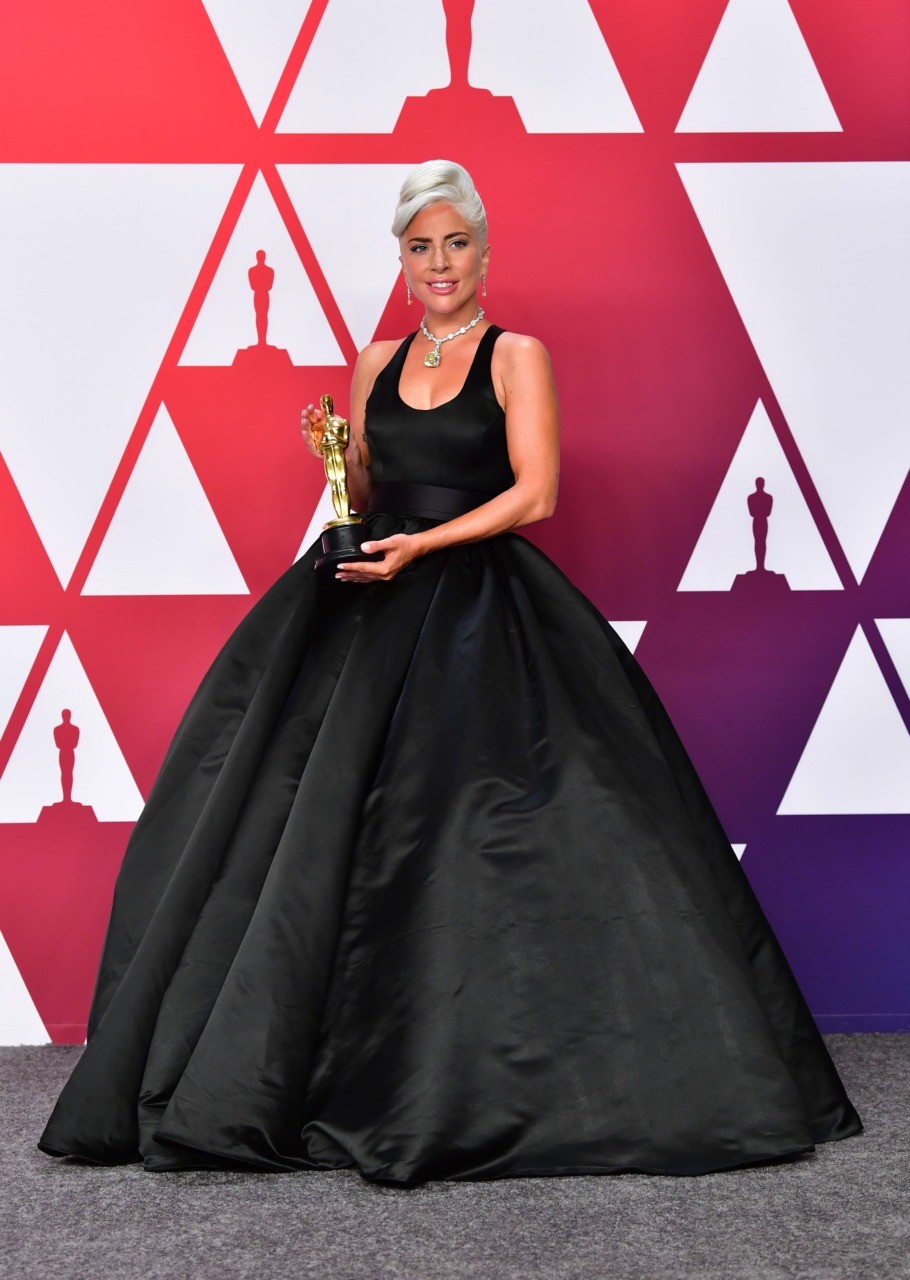 Olivia Coleman, of “The Favourite,” reportedly worked long and hard to create this Prada gown with Miuccia Prada. Its failings are not so much with the concept, but more with the execution.

This gown likely took hours of manpower to design, create, and sew. At the end of the day, though, it simply appears as a dark green sleeveless turtleneck A-line dress with a sheer patterned curtain tied around her bust. Effortless? Maybe. Chic? Not by any stretch of the imagination. 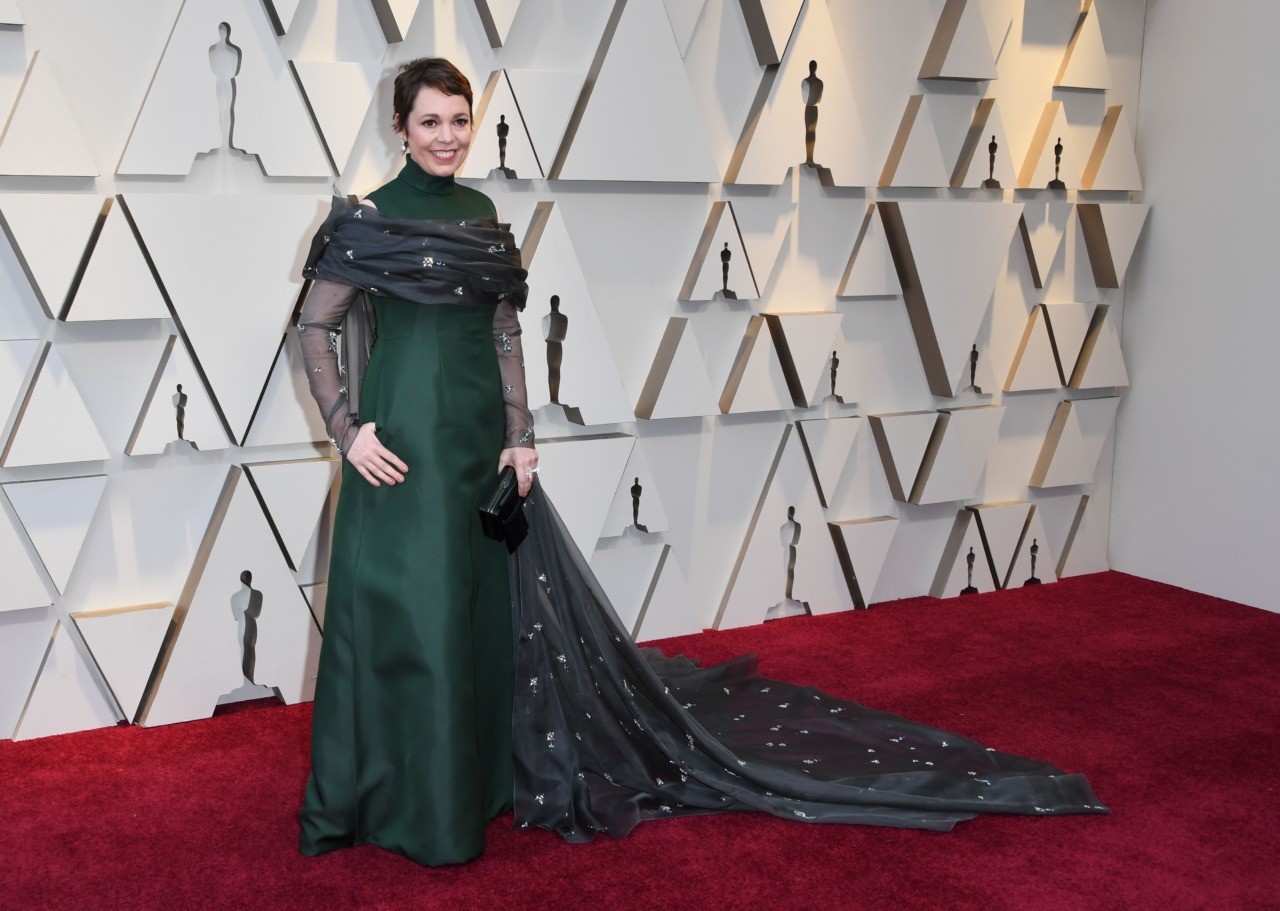 Oscar night’s biggest robbery occurred when Glenn Close lost the Best Actress award for her role in “The Wife” — If you haven’t seen it, you must! — to Olivia Coleman. She appeared shocked, I was shocked, we were all shocked.

Not shocking was Close’s showing up to the Academy Awards dressed to kill, and win. In this stunning hand-embroidered Carolina Herrera gown which features more than 3,000,000 custom-dyed bugle beads, weighs about 50 lbs, and was made by about 40 craftsmen for the most complex piece ever made by the brand.

The complexity of this work of art is a perfect fit for Close, as she has played some of the most complex characters in film over the past four decades.

(By the way, Natalie Portman was similarly robbed of the Best Actress award in 2017 when Emma Stone won by mediocrely playing an aspiring actress in “La La Land” while Portman played the role of her life as First Lady Jacqueline Kennedy in “Jackie.” Robbed I tell you!) 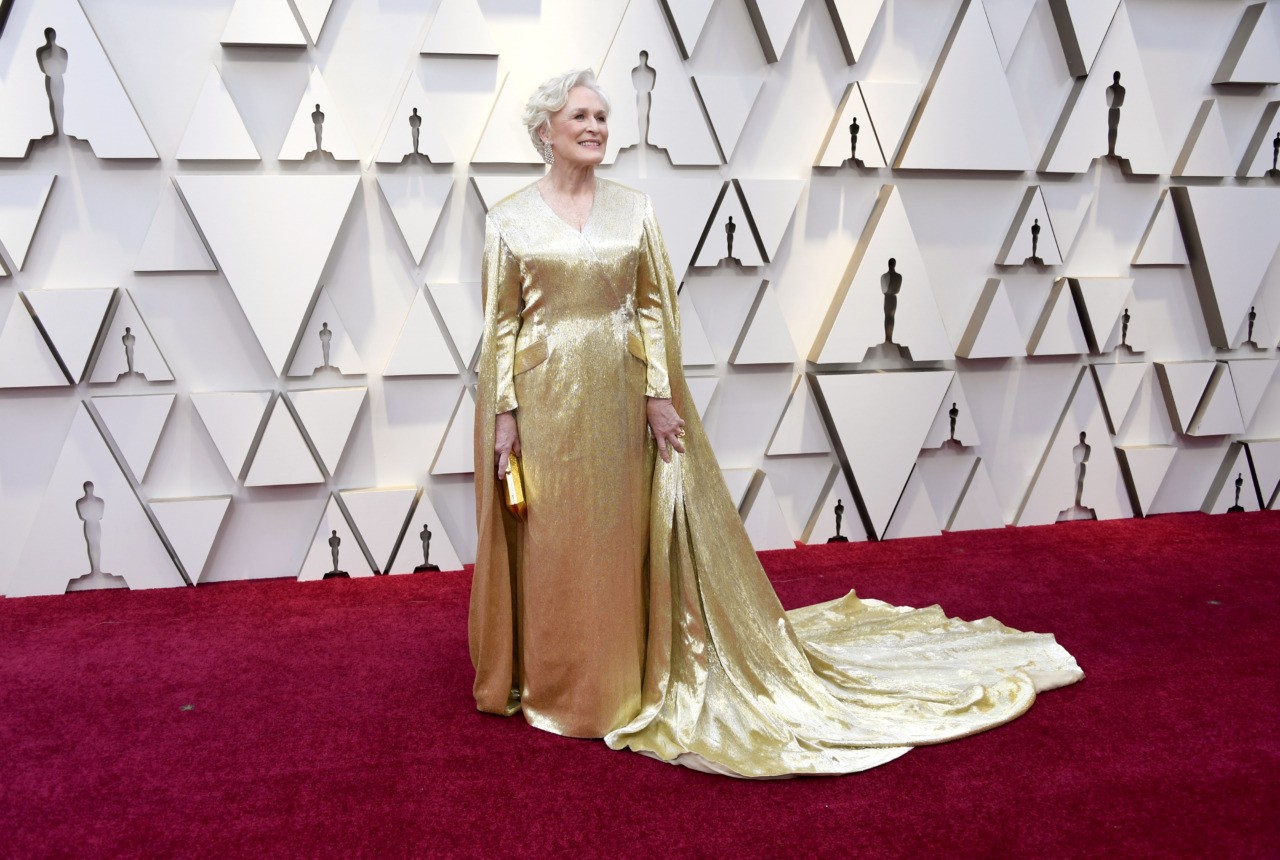 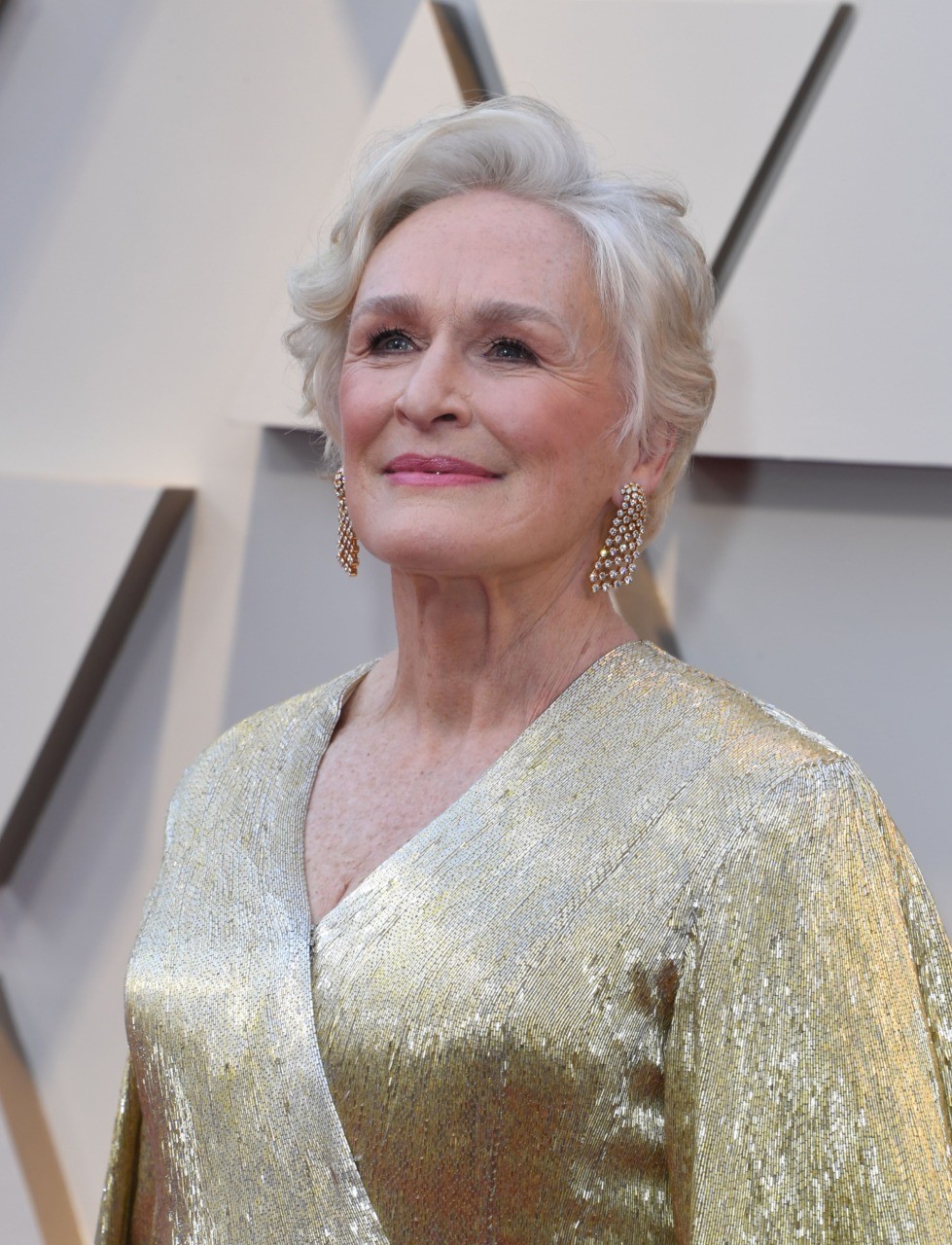 Emma Stone, I believe, has to wear Louis Vuitton wherever she goes because she’s under an endorsement contract with the international luxury goods brand. And while the details of this brown beaded gown look exquisite, the overall look seems off-putting and strange for such a pretty girl.

Hack the Judy Jetson sleeves off and make this a halter top and voila, you have a beautiful Oscar gown! 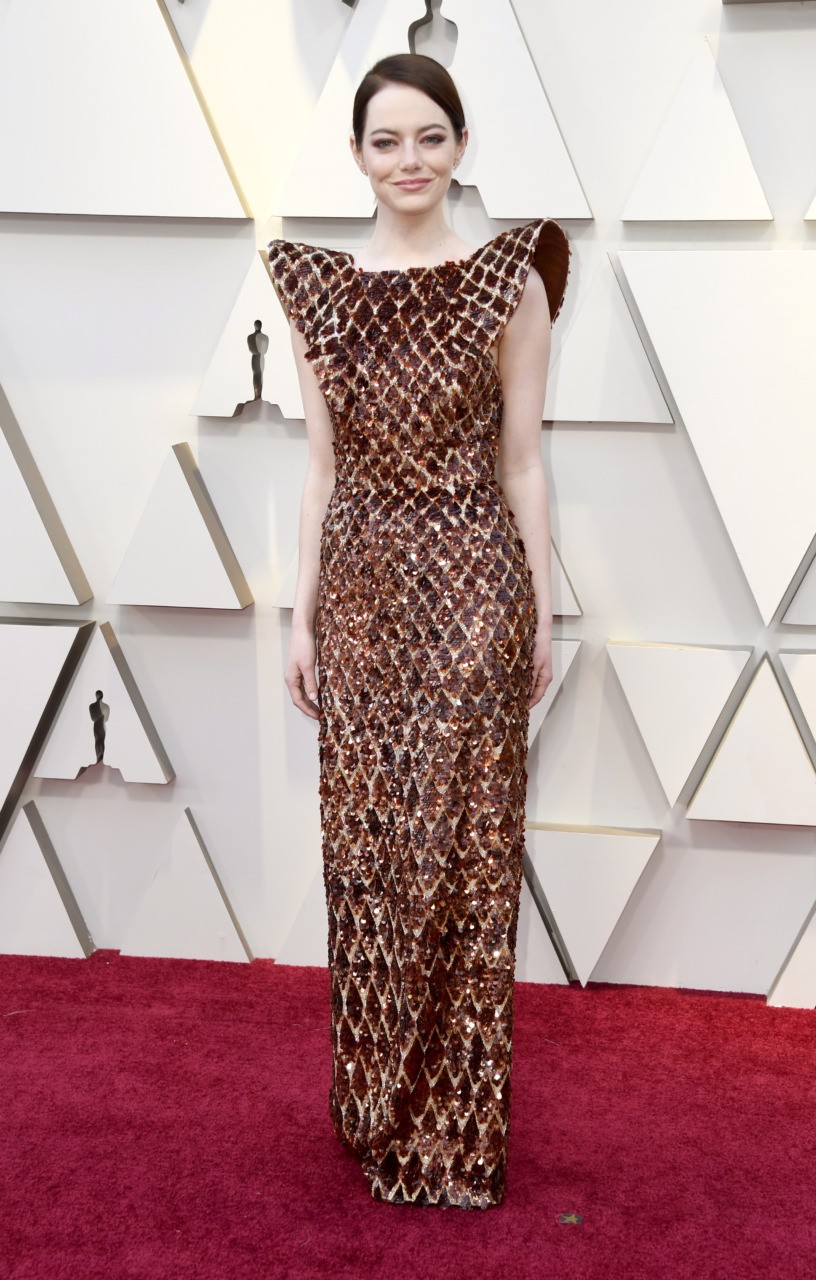 Kiki Layne from “If Beale Street Could Talk” glowed in this custom pale pink Versace gown on the red carpet. The asymmetrical neckline is so signature Versace, but the girlishness of the color and bow draped along her shoulder and back gives a soft and punchy touch to this gorgeous column dress. 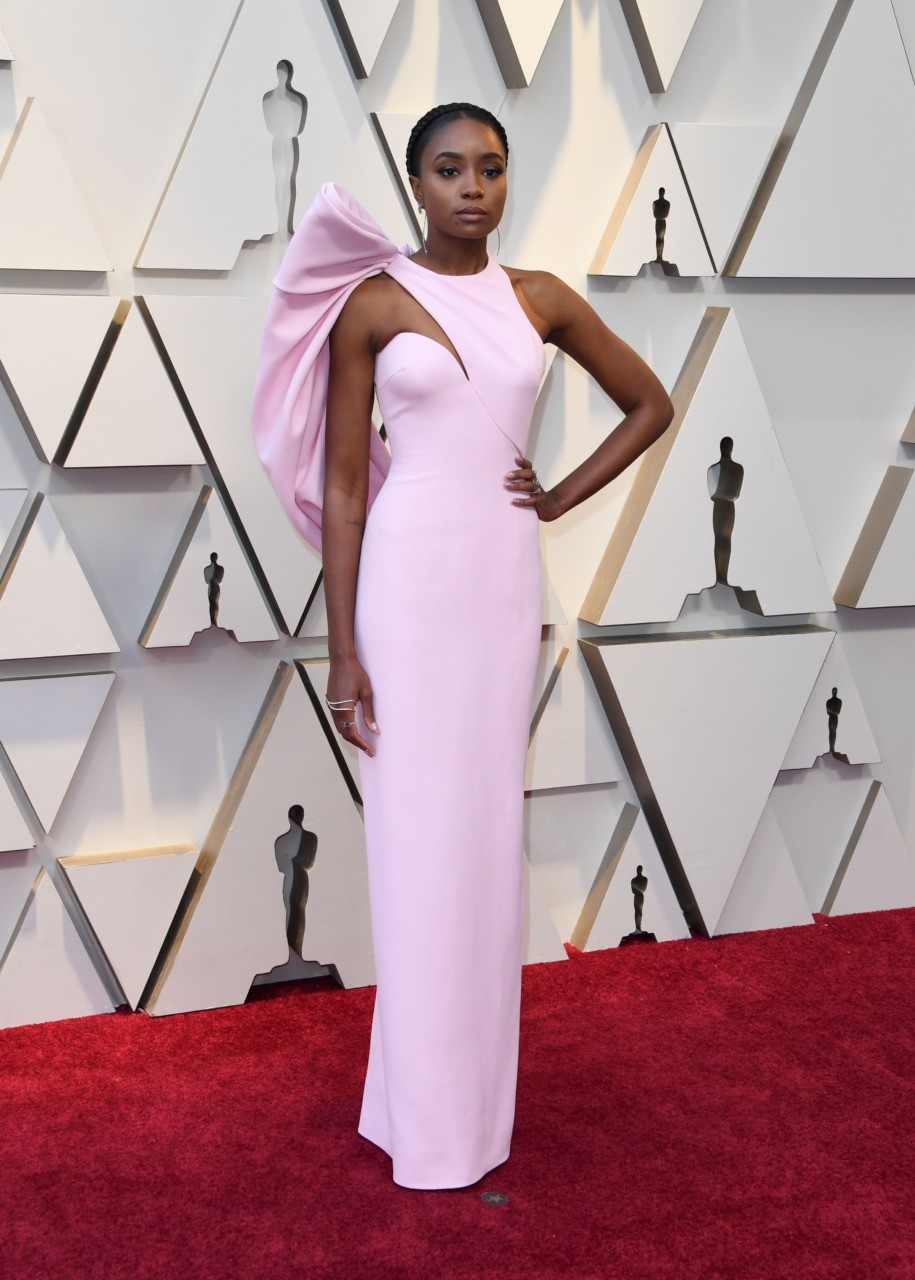 Poor Sarah Paulson cannot get it together. Let’s start at the top. Why must her hair be so severely parted down the center? Lighten up, this is an awards show, not prison. Then her necklace, why is it tucked behind the collar of her dress?

Now the dress, who insisted that Paulson dress like a circus clown in this poofy fuschia Brandon Maxwell monstrosity? She could be hiding a whole rack of booze under this dress and no one would know! As I’ve written many times in my awards season Fashion Notes, fire your stylist Sarah! 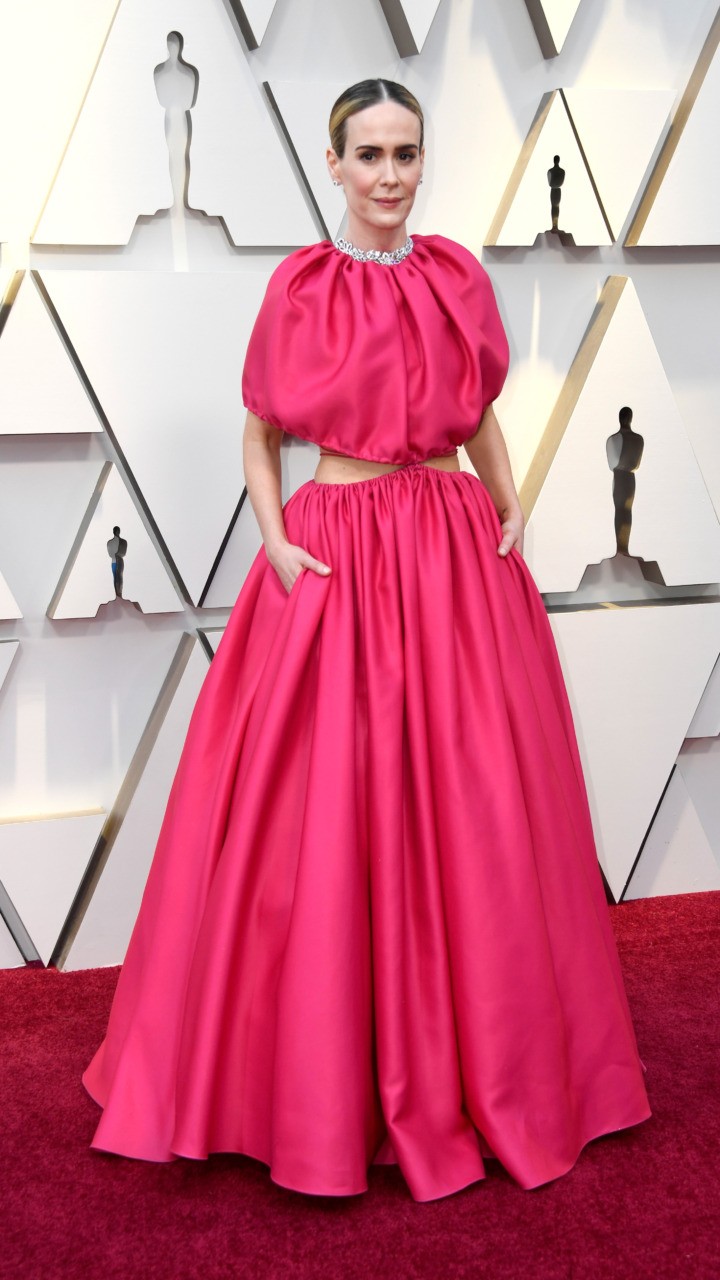 Michelle Yeoh from “Crazy Rich Asians” looked like a queen in this regal Elie Saab Haute Couture ballgown with rich metallic blue leafing trickling down the bottom. The plunging off-the-shoulder neckline, alone, is a silhouette we are seeing less and less of on the red carpet as actresses have increasingly opted for high-neck frocks.

There is something very 18th Century and whimsical about this gown that stands out from the rest of the dresses we saw on Oscar night. Very refreshing! 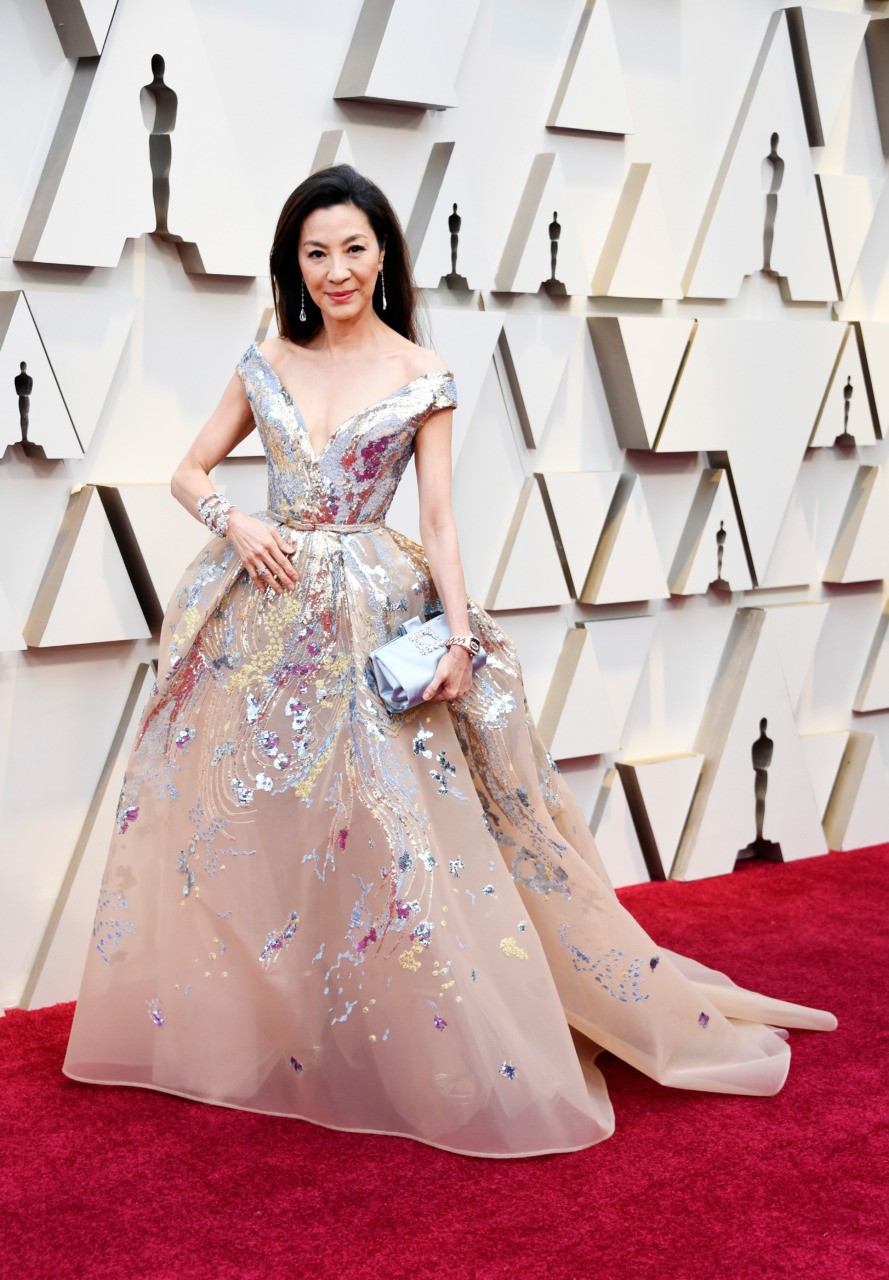 Charlize Theron’s custom Dior gown is one of my worst and best dressed picks. Let me explain. This is one of the worst gowns of Oscar night from the front. When I saw it, I immediately thought she looked like a sister wife from a polygamist cult. I’m becoming increasingly bored with these high-neck dresses that actresses seem to love at the moment.

On second glance, this is also one of the best gowns on the red carpet when you view it from the back. For photos, Theron posed with her back to the camera, looking over her shoulder at the pool of paparazzi. These shots of the look are gloriously sexy. The up-close photos of Theron are, likewise, a beauty.

It’s a bipolar look all-in-all. Sister wife cultist in the front, sex appeal in the back.

(P.S. — I heard Theron cut and dyed her hair this rich brown color hours before the red carpet. She is a wildcard and that’s why I tend to love her!) 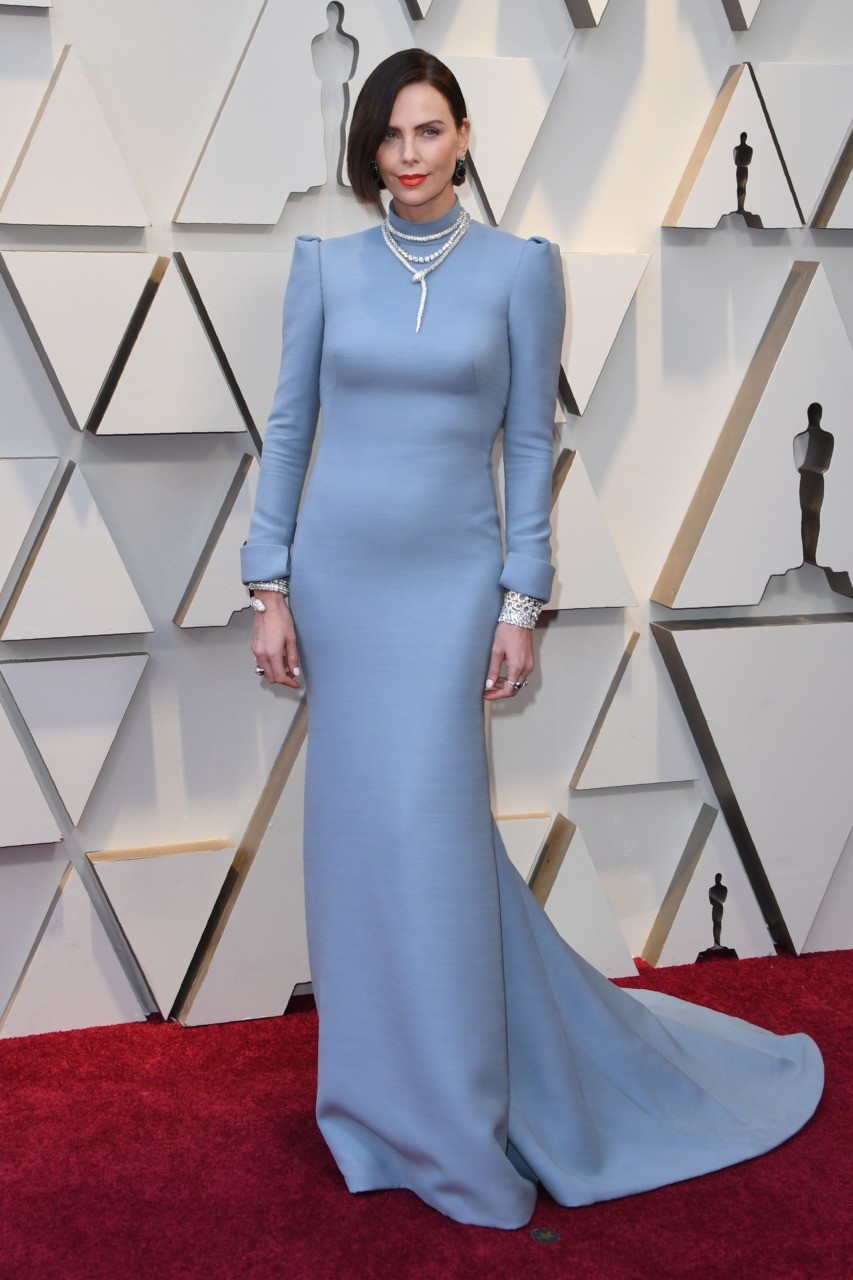 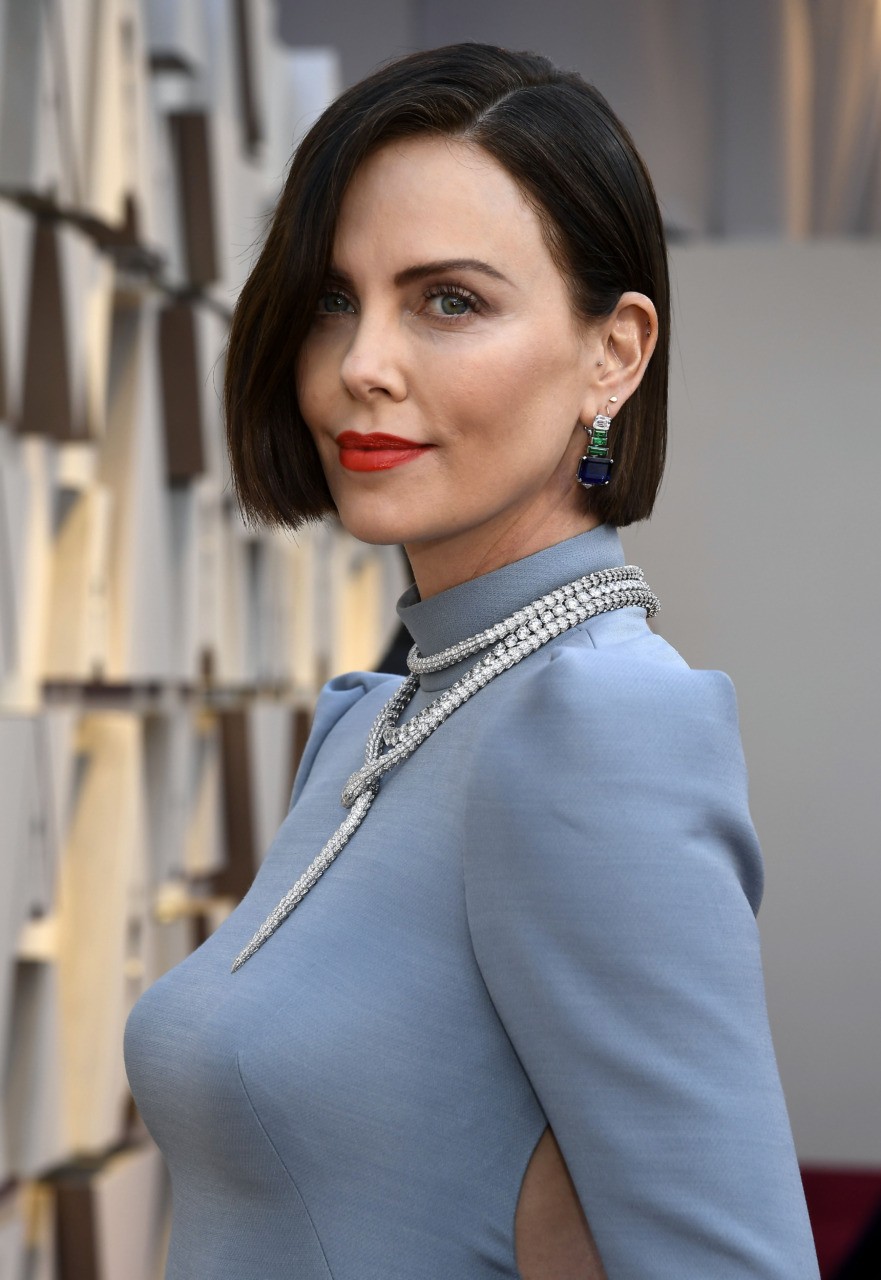 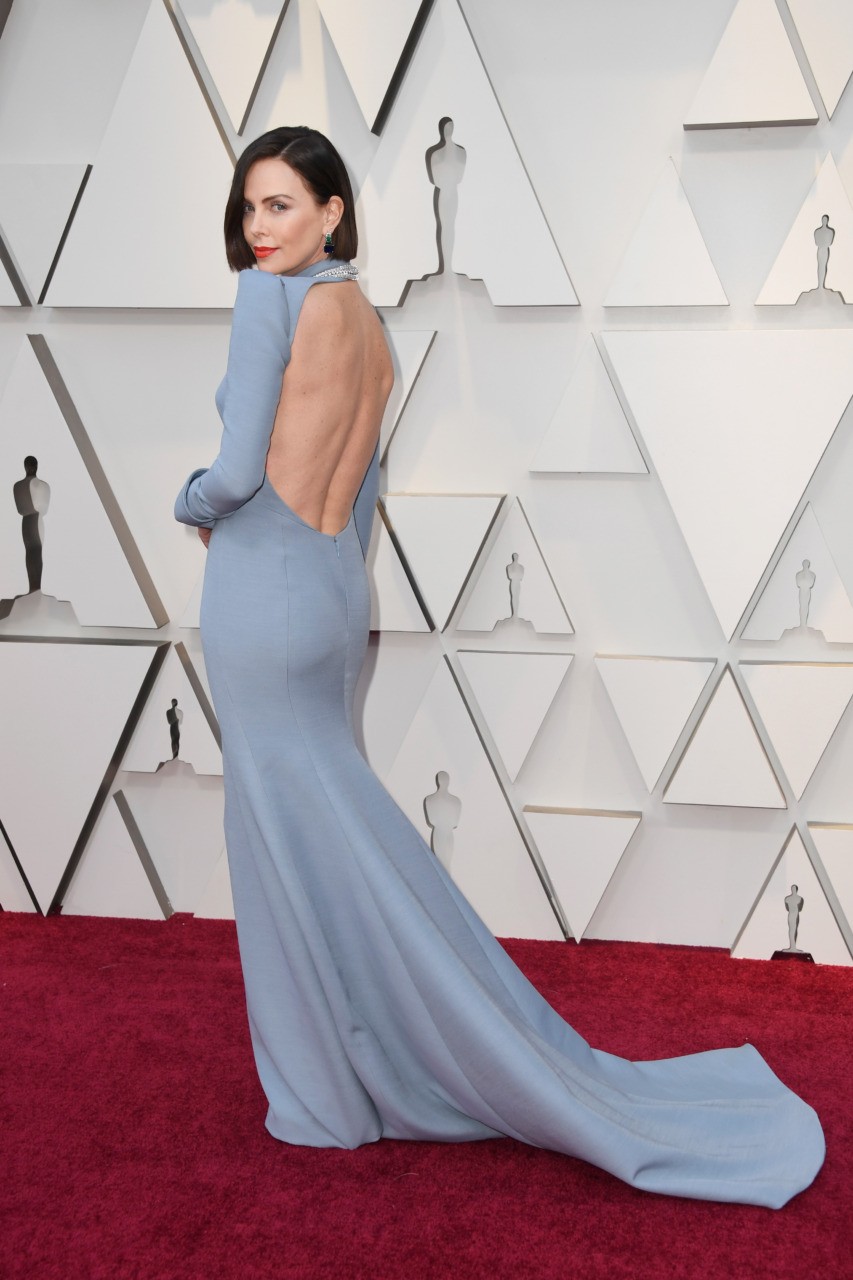 You may have never heard of Elsie Fisher before and that’s because she’s a 15-year-old up-and-coming actress from a movie titled “Eighth Grade.” And just like her character in that coming-of-age film, Fisher decided to be a schoolgirl for Oscar night in Thom Browne — duh.

Fisher’s ensemble was a needed break from the sea of gowns on the red carpet. The little barrette clip in her side-parted hair, winged eye makeup, pleather square-toe boots, and red, white, and blue striped bow on her crocodile bag is all so cool and young. I’d have dreamed to wear a Thom Browne suit when I was 15! 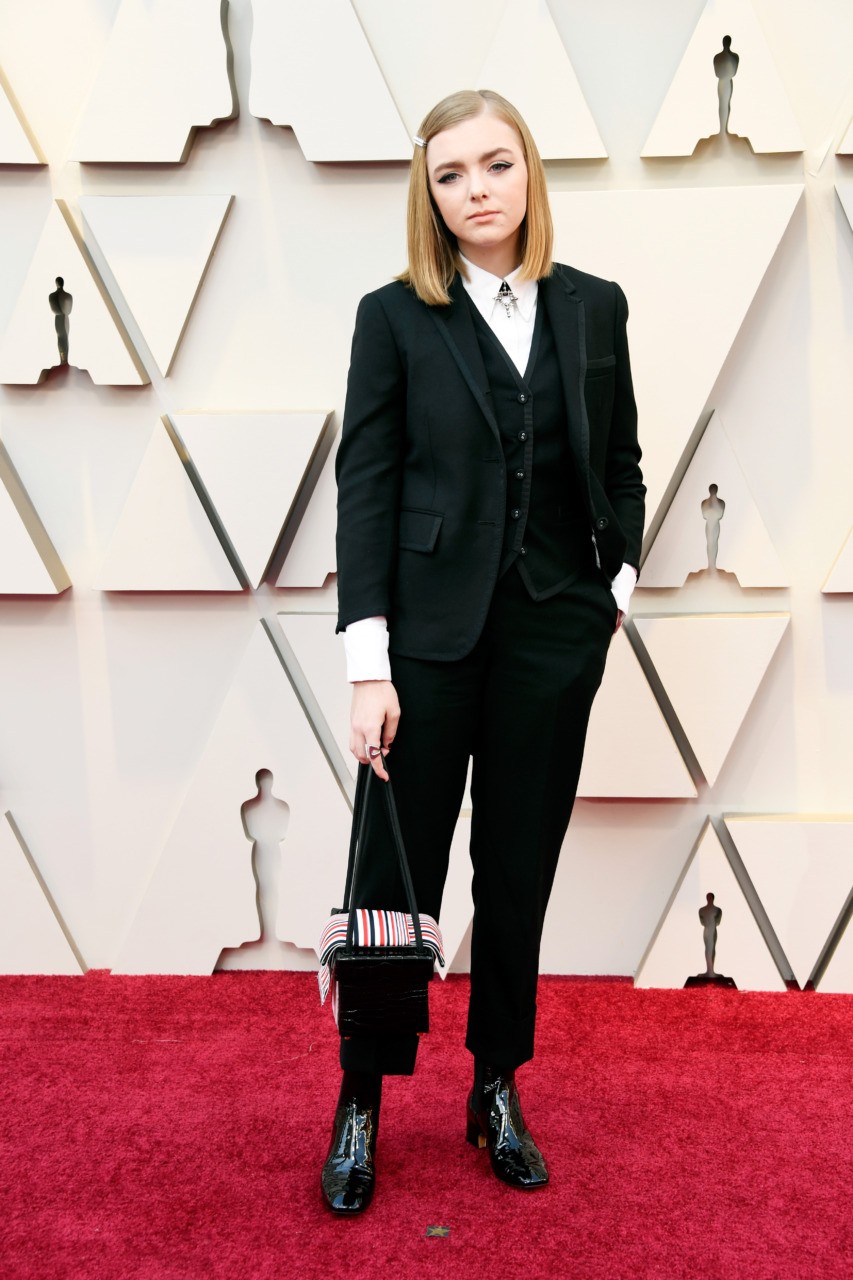 Comedian Maya Rudolph’s Giambattista Valli gown is quite an ode to the “Sound of Music” when Maria uses the drapes to make clothes for the Von Trapp children. In fact, Maria’s curtain costumes for the kids were vastly more appealing than this caped, bowed, patterned, ruffled hideousness. 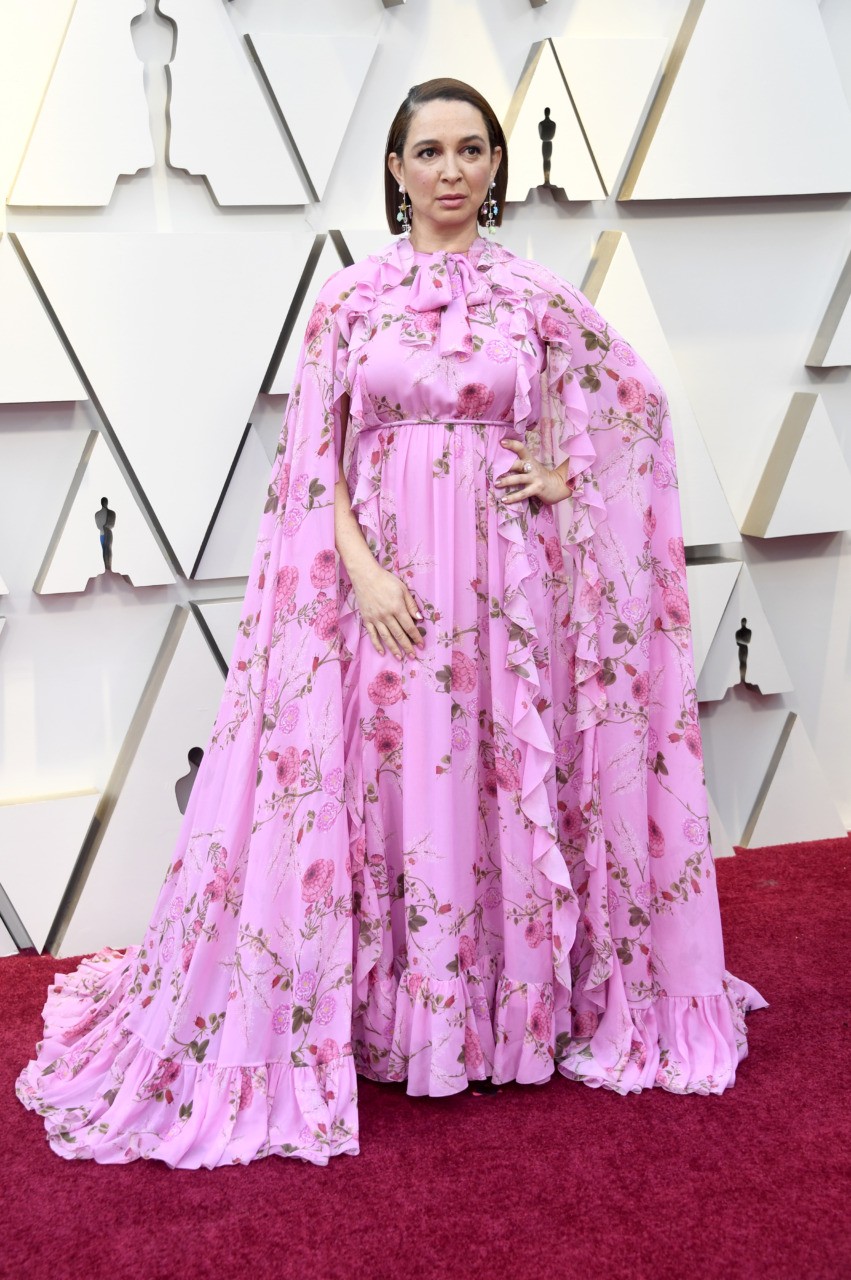 Actress Julia Roberts rarely deviates from her wardrobe of mostly neutral gowns and black suits. For the Oscars this year, Roberts took a fashion leap with this hot pink custom Elie Saab asymmetrical gown and boy did it pay off.

The side-swept sandy blonde hair, the dripping jeweled earrings, single bracelet, and matching pink strappy stilettos are the subdued, yet stylish Julia Roberts touches you’d imagine she’d pair with such a bright gown. This was a style win, for sure, though I have to say I am looking forward to seeing her back in her neutral gowns and black suits. I love a good personal uniform. 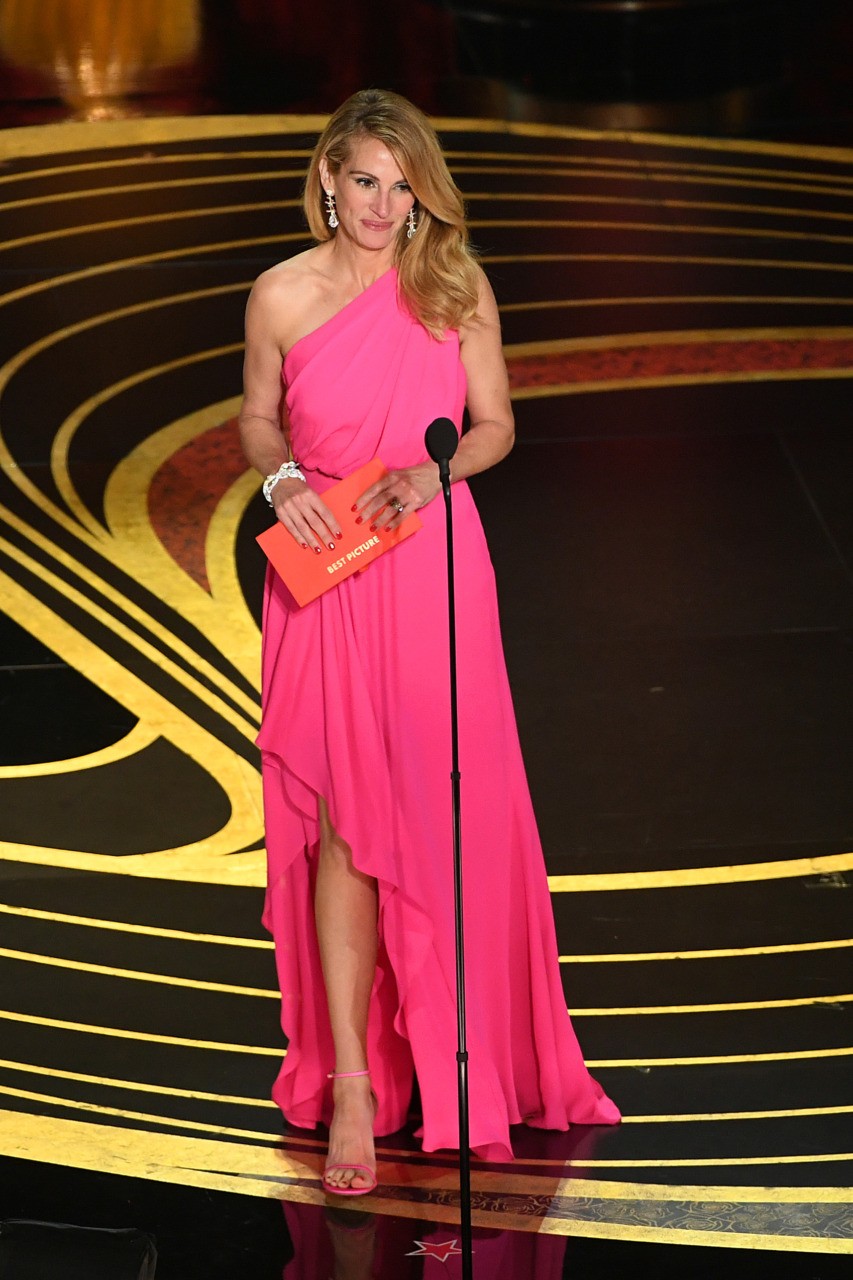 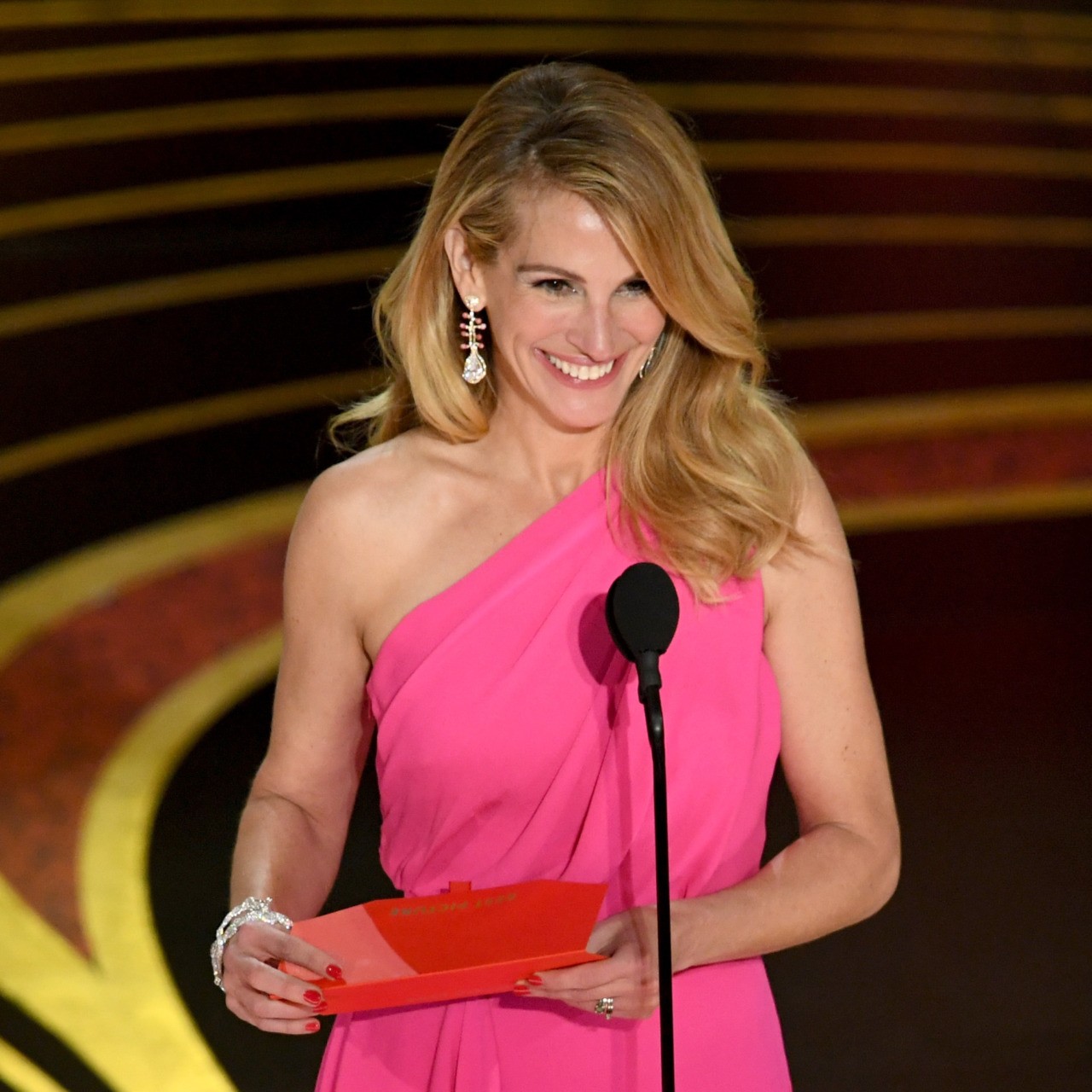