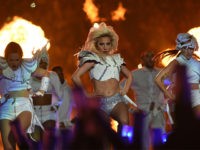 Video: Lady Gaga Falls off Stage While Dancing with Fan

NEW YORK (AP) — Lady Gaga is recovering after falling off the stage while dancing with a fan at a concert. 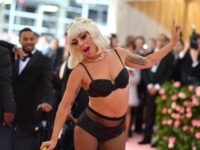 A who’s who of A-list musicians, including Miley Cyrus, John Legend, Ariana Grande, Lady Gaga, Beck, and Nine Inch Nails, signed on to promote Planned Parenthood’s #BansOffMyBody campaign, which is a response to the passage of laws in states across the U.S. prohibiting abortion after a pregnancy has reached six weeks. 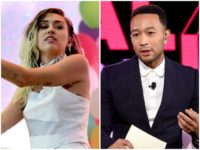 Pop megastar Lady Gaga announced on Friday that she is planning to fund dozens of classrooms in three cities struck by mass shootings. 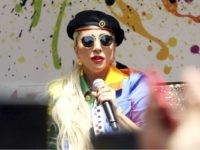 A New York City priest and longtime advocate of the LGBTQ community announced his retirement Sunday amid allegations of sexual misconduct. 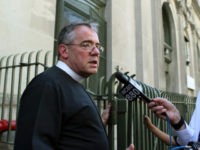 Lady Gaga Wants Everyone to Ask Each Other ‘What Is Your Pronoun?’

Pop superstar Lady Gaga is wrapping up celebration of Pride Month and encouraged fans to ask each other, “What is your pronoun?” during an appearance at the Apollo Theater Monday evening. 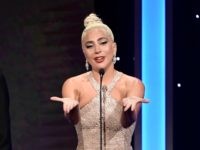 According some research, there are up to 250,000 rapes a year in the United States. Today, Madonna reported “one more.” Well, sort of. 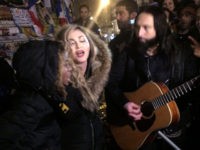 Hollywood Freaks After Alabama Passes Abortion Ban: ‘This Ends with Impeachment and People in the Streets’

The Hollywood left, from Lady Gaga to Marvel movie star Chris Evans, took to social media on Wednesday and railed against state senate lawmakers in Alabama where a bill limiting abortions in the state passed by a margin of 25-6. 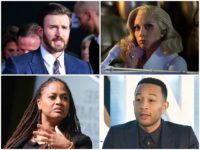 This year’s Met Gala theme at New York City’s Metropolitan Museum of Art was “Camp: Notes on Fashion,” as in Grace Jones, drag queens, Elton John, and Madonna — not the Boy Scouts. 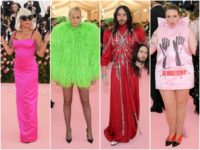 Former college student and sexual assault survivor Caitlyn Caruso told the Times that Biden rested his hand on her thigh at an event on sexual assault at the University of Nevada and hugged her “just a little bit too long.” 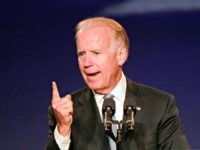 Fashion Notes: The Best and Worst Dressed Starlets from the 2019 Oscars

Chances are you skipped the 2019 Academy Awards, and that is why I’m here to wrap up all the best and worst dressed Hollywood celebrities from the ceremony’s red carpet. 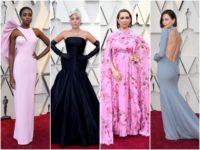 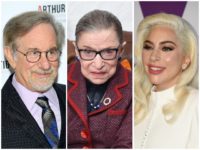 Rapper Drake Mocks the Grammys While On Stage: ‘You Don’t Need This’

LOS ANGELES (AP) — Rap artists and women have felt shunned by the Grammy Awards in recent years. But this year, they both took center stage. 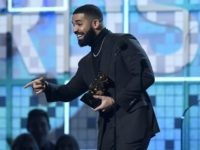 LOS ANGELES (AP) — Grammys producer Ken Ehrlich said the show had multiple conversations with Ariana Grande about possibly performing Sunday but the singer “felt it was too late for her to pull something together,” but Grande accused Ehrlich of lying. 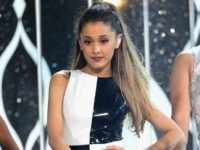 Lady Gaga: Mike Pence ‘The Worst Representation of What It Means to Be a Christian’

Pop star and left-wing activist Lady Gaga attacked Vice President Mike Pence over the weekend, referring to him as a “disgrace” and attacking him on his Christian faith. 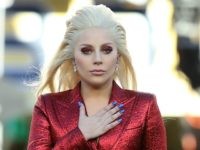 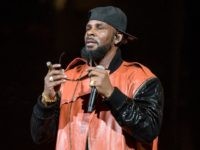 Pop star Lady Gaga blasted R. Kelly in a statement following a number of sexual abuse allegations against the singer being publicized in a new Lifetime documentary. 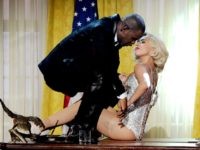 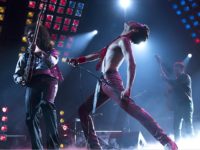 NEW YORK (AP) — When the 76th annual Golden Globe Awards get underway Sunday night, who takes home statuettes is only a small part of the intrigue. 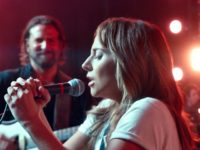 Madonna Accuses Lady Gaga of Stealing Her Quote: ‘Don’t F*ck with Me’

Pop icon Madonna took a swipe at Lady Gaga with an Instagram post accusing the A Star Is Born singer of stealing an old Madonna quote. 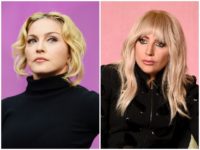 Lady Gaga: Kavanaugh Confirmation Sent a Message that ‘We Don’t Care’ to Women Who’ve Been Assaulted

Pop superstar Lady Gaga said in a recent interview that the confirmation of Brett Kavanaugh to the U.S. Supreme Court sent a message to all women who’ve been sexually assaulted that America doesn’t care about them. 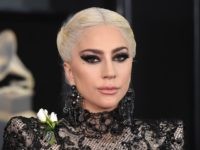 Pop megastar Lady Gaga is on the attack against President Donald Trump, this time claiming that his ideas about gender and transgenderism are “driven by ignorance.” 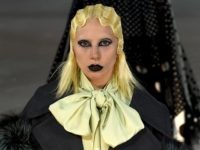 Poll Ranks Beyoncé the Most Politically Divisive Celebrity in America

A new poll finds that pop singer and Black Lives Matter icon Beyoncé ranks as the number one most divisive celebrity in the U.S.A. 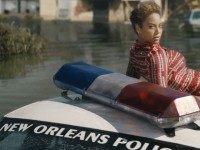 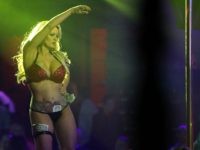 Pop mega-star Lady Gaga steps into the spotlight alongside A-lister Bradley Cooper in a rousing first look at the remake of a the Hollywood classic A Star Is Born. 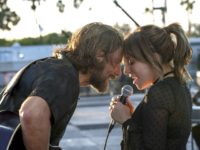 Report: Attendance at Student March for Gun Control Less than Half of Expected Crowd

A report indicates attendance at Saturday’s student march for gun control was approximately 200,000, which is less than half of the expected crowd size. 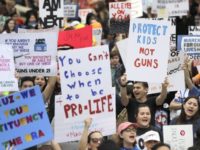 Late-night talk show host Jimmy Fallon teamed up with MTV and the NAACP to send busloads of protesters to take part in Saturday’s student march for gun control. 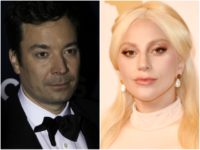 Will These Pro-Gun Control Celebrities Make Another Film Using Firearms?

Pro-gun control actress Megan Boone saying her ‘Black List’ character would ‘never carry an assault rifle again’ posed a glaring question: Will other stars, like George Clooney, and directors, like Steven Spielberg, calling for gun control vow to lay down their guns in future films? 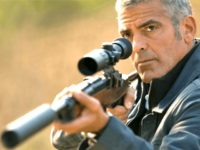 Ringo Starr will perform two shows in Israel later this year in defiance of the anti-Israel BDS movement that calls for the complete isolation of the Jewish State. 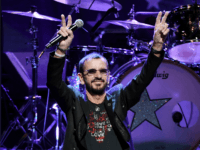 A photo posted by Lady Gaga to her social media accounts in which the pop star poses with five former U.S. presidents has quickly gone viral. 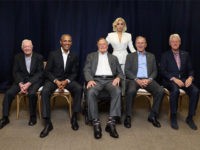