Former vice president Joe Biden is likely to jump into the Democratic race in the next week — and that means raising big piles of money from Hollywood power brokers.

According to a new report from Variety, Joe Biden is planning to fundraise in Los Angeles in May with Obama alumni and former HBO executive James Costos.

The event will be held May 8 at the home of James Costos, a former HBO executive who was U.S. ambassador to Spain under President Barack Obama, and his husband, designer Michael Smith. The event also is expected to draw a long list of co-hosts, including Jeffrey Katzenberg and Ken Solomon, the president of the Tennis Channel.

Katzenberg, the former chairman of the Walt Disney Company and CEO of DreamWorks, is a key Hollywood fundraiser and supporter of Democrats. 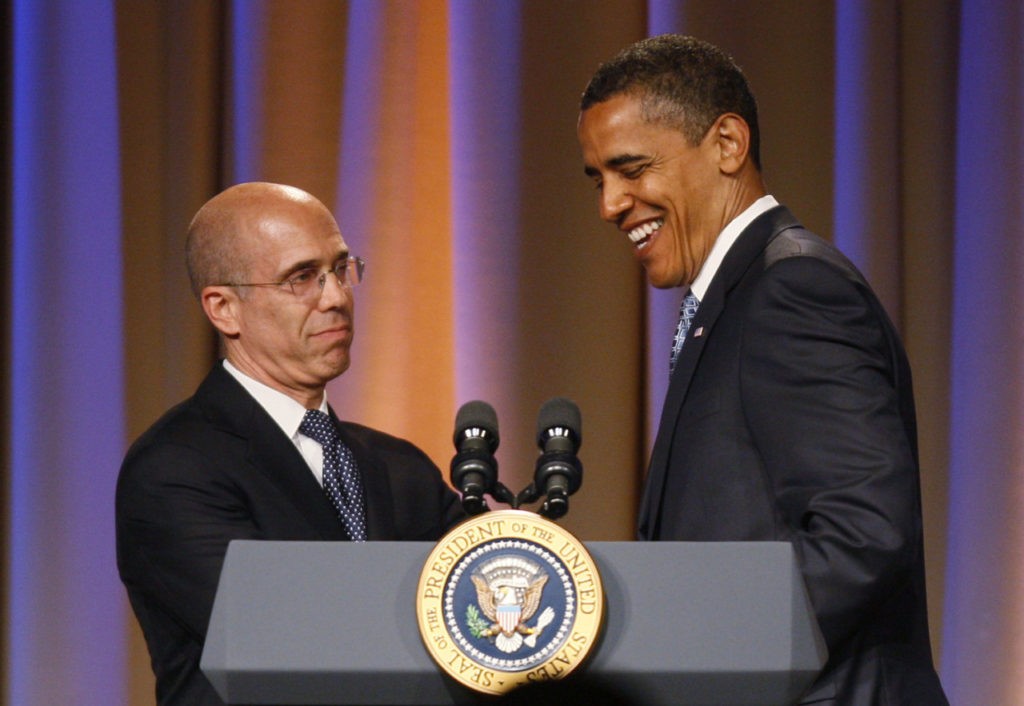 Last fall, Biden headlined a $5,000-a-plate event held by Katzenberg to raise money for PAC American Possibilities, a group launched by Biden to raise money for Democratic causes. The producer also raised money with Nancy Pelosi and other Tinseltown heavyweights like Steven Spielberg and Barbra Streisand in the run-up to the 2018 midterms.

Despite his amateurish rollout, it is all but certain that Joe Biden will soon join the 2020 Democratic race as one of its front-runners.

Addressing these issues in April, Biden told reporters, “Here’s the deal. I think you guys, if you look at all the polling data and look at the actual results, the party has not moved to the way — however you — I don’t want to characterize it, whatever characterization you just made.”