Politico sat down with the president to see what he thought of the field of two dozen Democrats vying with each other to win the Democrat nomination for 2020. And when it came to Buttigieg, Trump was utterly dismissive.

Right away, street artist Sabo jumped to his work and drove the comparison home. 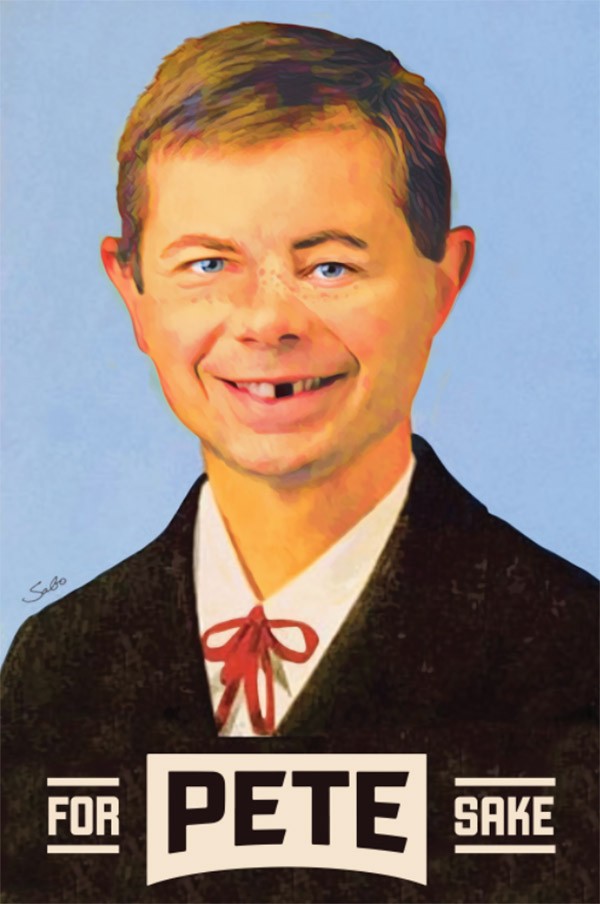 Oddly, Buttigieg claimed he never heard of the iconic cartoon character. Politico tracked him down on Friday and Buttigieg replied, “I’ll be honest. I had to Google that. I guess it’s just a generational thing. I didn’t get the reference. It’s kind of funny, I guess. But he’s also the president of the United States, and I’m surprised he’s not spending more time trying to salvage this China deal.”

It seems hard to believe that an American man born in 1982 could never have heard of Mad Magazine’s dopey mascot, Alfred E. Neuman.

The venerable humor magazine, which is a cultural touchstone and has been in constant production since 1952, had the perfect response to Buttigieg’s exclamation of sheer ignorance of the character. Old Alfred E. said he never heard of Buttigieg, either.

Who’s Pete Buttigieg? Must be a generational thing.

Many others also took to Twitter to slam Buttigieg over his lack of enlightenment.

2. It's a dated reference, and Buttigieg was smart to get in a dig at Trump's age.

3. But Trump said it, so everyone now gets the reference.

4. The comparison, even if dated, will stick because it's true.

I report. You decide. pic.twitter.com/ti6iTnMMy4