“The movie I made w/ Adam Carolla — No Safe Spaces — coming out in Oct, was just rated PG-13. To illustrate the left’s attacks on free speech, a cartoon character depicting the 1st Amendment gets shot. That’s the reason,” Dennis Prager said in a tweet that linked to an article depicting the scene showing a news paper bleeding from bullet holes. “Any child would know it’s make-believe.”

Judd Apatow responded to Prager’s tweet by cracking a joke about how an on-screen erection from the iconic character Ron Burgundy from his Apatow Productions film Anchorman earned the comedy classic an R rating from the MPAA.

“Welcome to the f’n club! You know how hard I had to beg the ratings board to not get an R because Ron Burgundy had a boner,” the 40-Year-Old Virgin and Talladega Nights producer said. “Yes you and me are in the same business now. Enjoy!”

Welcome to the f’n club! You know how hard I had to beg the ratings board to not get an R because Ron Burgundy had a boner. Yes you and me are in the same business now. Enjoy! https://t.co/xeVdoIbOsl

The Prager-Carolla documentary details the ongoing assault on the First Amendment on college campuses across the country. Prager, sent a letter to the MPAA to protest the PG-13 rating.

“Any kid who sees it will probably laugh,” Prager wrote to MPAA head Charles Rivkin, referencing a 30-second scene showing an animated embodiment of free speech named “Firsty” who is shot. 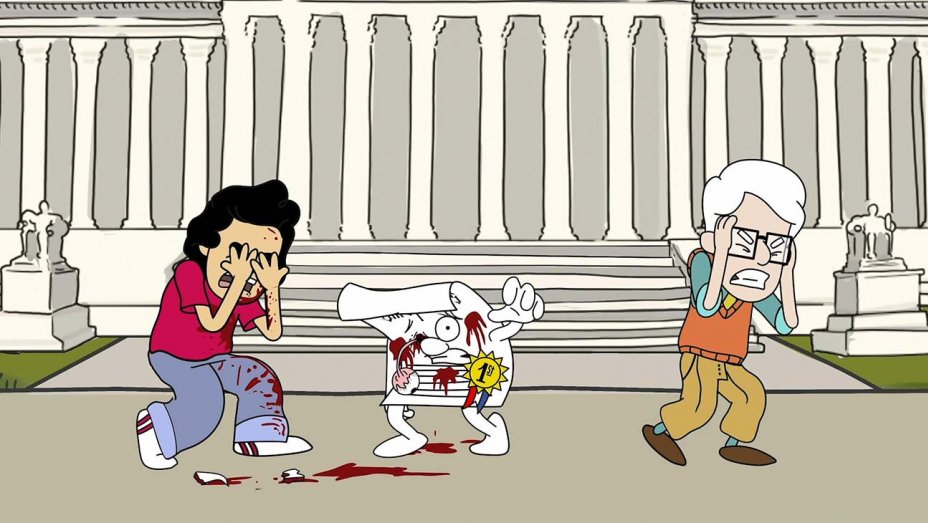 Prager told the trade association head in his letter obtained by The Hollywood Reporter that a PG-13 rating may keep some parents away from the film. “But when it comes to Firsty, we would ask that you reconsider and allow the scene to remain and still achieve a PG rating so that we can reach the widest possible audience. A PG-13 rating would not reinforce people’s faith in MPAA’s ratings.”

No Safe Spaces features footage of Prager and Carolla’s cross-country tour of college campuses where they dove deep into the root causes and the fallout from decades of politically-motivated censorship at an array of universities. Footage from the film depicts college students holding profane signs and shouting vulgarities at conservative speakers like Ann Coulter. The protester profanity is blurred and bleeped out, the Reporter notes but that didn’t satisfy the MPAA according to Prager.

“Under the Classification and Rating Administration rules, the rating board maintains confidentiality and does not comment publicly about the details of the rating process for a particular film,” an MPAA spokesperson told the outlet. “The submitter of any film who objects to the given rating can choose to go to the appeals board. Non-MPAA member companies can choose to distribute their films unrated.”

The filmmakers shared an exclusive clip with Breitbart News in May, showing a flashback scene in which an actor playing a 21-year-old Dennis Prager is seen singing to keep himself “sane” while sitting in a Moscow hotel.