California rapper YG booted one of his fans off stage, moments after inviting him up, on Saturday night after the fan refused to yell “fuck Donald Trump” into the microphone.

“Get him off stage. Fuck up outta here. He a Donald Trump supporter. Get his ass out of here,” reacted YG after a fan refused to yell the profane refrain about President Donald Trump into the microphone.

The incident reportedly took place at the Mala Luna Music Festival on Saturday evening. The encounter was also caught on video.

YG invites fan on stage to yell out "F**k Donald Trump," kicks him off after he refuses pic.twitter.com/7z9r9gVXav

“I don’t know if I want to shake your hand,” said YG after inviting the fan on stage. “Hey, listen. I spotted you out in the crowd. I asked if you fuck with Donald Trump. You say you don’t know. So since you don’t know, I need you to make up your mind tonight.”

The term “fuck with” is slang commonly used to describe when somebody “enjoy[s] something to a certain degree,” according to UrbanDictionary.com‘s “top definition.” 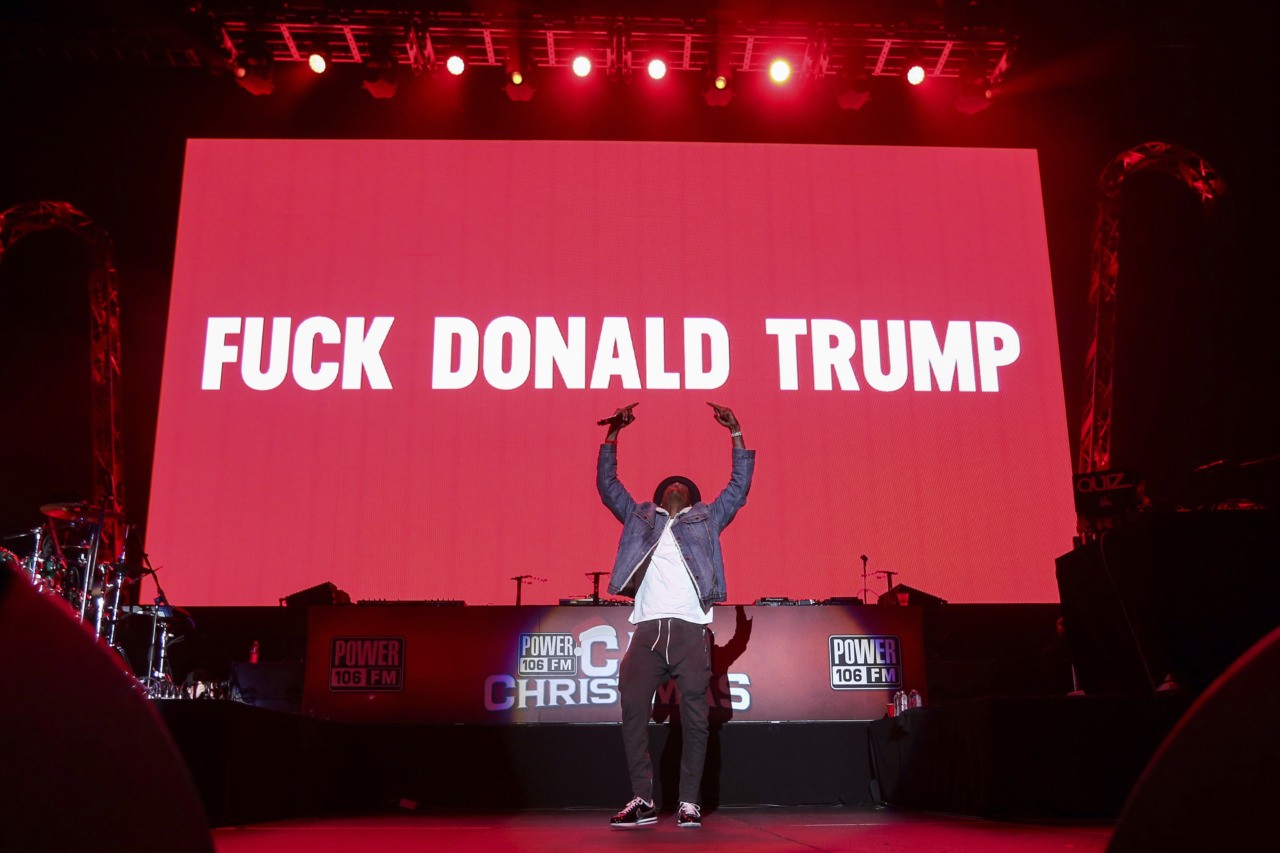 When the fan refused to state his name and curse the president, the rapper shoved him away, demanding that the fan “get outta here.”

In 2016, the rapper invited fans on stage to take sticks and beat a piñata bearing the likeness of then-presidential candidate Donald Trump.

YG is also the same rapper behind the song “Fuck Donald Trump.”