They also said that President Trump and his entire family deserve to go to jail. “I think there needs to be jail time for him, for the whole family,” Teigen said.

The couple revealed to the magazine that they keep a framed copy of a vitriolic Twitter exchange between President Trump and Teigen in their Beverly Hills home. President Trump has called Teigen a “boring” singer and “filthy mouthed,” while Teigen called him a “pussy ass bitch.”

“We know this president has a particular aversion to strong women coming after him, particularly women of color,” singer John Legend told the magazine.

“So he called her out. Every time he does something like his, he just makes himself look more terrible. I don’t know that that incrementally convinces anyone not to vote for him, but he just proves himself to be a shitty human being every day.”

Legend also said: “The biggest issue about this presidency is how they’ve just lowered standards for everything. Hopefully we’ll reset?”

Teigen said that Trump supporters are all bigots.

The magazine said that the former model struggles with anxiety but is still able to dunk on the president and his base of supporters. “I don’t care about pissing off a bunch of bigots,” she said.

The pair campaign for Hillary Clinton during the 2016 president election. 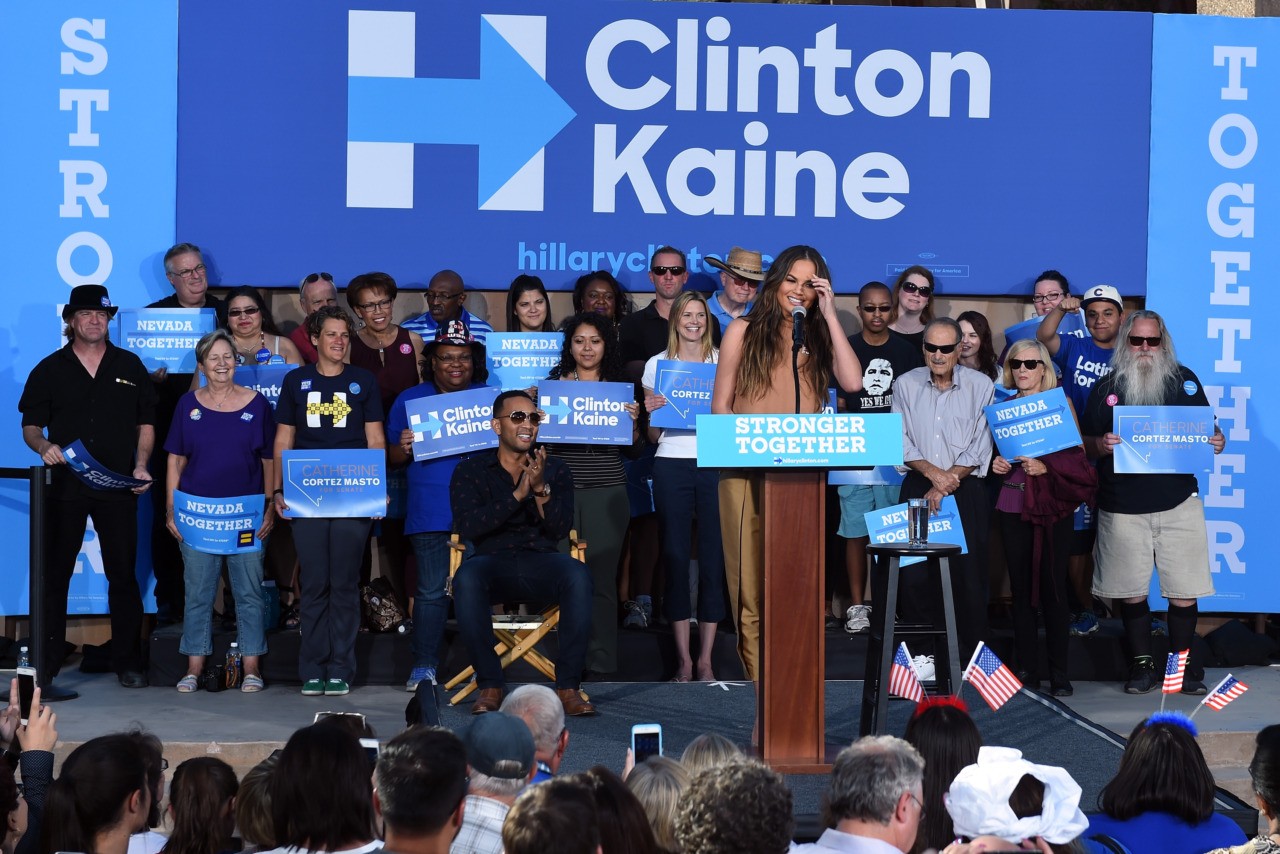 In the interview, Legend discussed his friendship with rapper Kanye West, who is a Trump supporter.

“I don’t think he knows one way or another what policies of Trump’s he likes. He just kind of embraced Trump’s blow-it-all up spirit and the energy of himself being countercultural in support him.”

“I think there needs to be jail time for him, for the whole family,” Teigen said. “I feel like he still gets away with everything if he gets out of his office. I know that his first tweet after he’s impeached will be, ‘I didn’t want to be there anyway.'”