Actress and left-wing activist Jane Fonda wore an old gown she had in her wardrobe to this year’s 92nd Academy Awards to fight climate change.

At the Oscars on Sunday evening, Fonda presented the award for Best Picture in an Elie Saab gown that she wore in 2014 to the Cannes Film Festival — a decision she made after being inspired by teen climate change activist Greta Thunberg.

“You see this coat?” Fonda told a crowd during a climate change protest last year. “I needed something red and I went out and found this coat on sale. This is the last article of clothing that I’m gonna ever buy.” 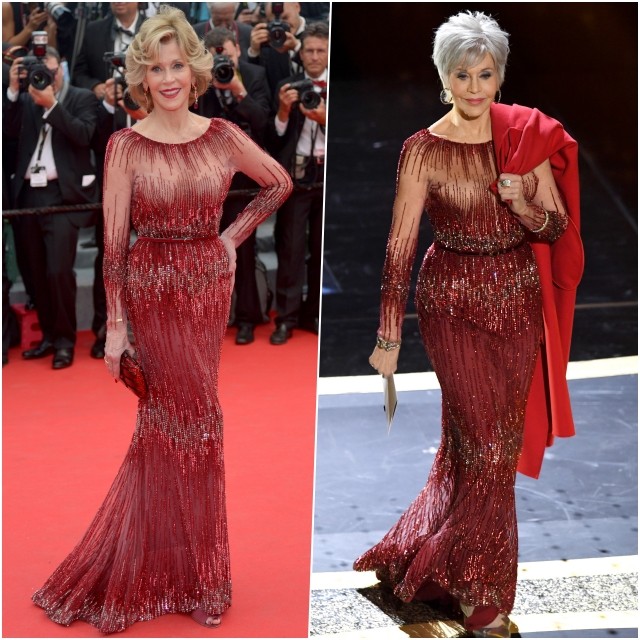 Actress Jane Fonda wore this Elie Saab gown in 2014 (left) to the Cannes Film Festival. Fonda wore the gown to the 92nd Academy Awards (right) after she committed to not buying any new clothes to fight global climate change. (Getty Images)

“I grew up when consumerism didn’t have such a stranglehold over us,” Fonda said. “So, when I talk to people and say, ‘We don’t really need to keep shopping. We shouldn’t look to shopping for our identity. We just don’t need more stuff,’ I have to walk the talk. So, I’m not buying any more clothes.”