Actress Natalie Portman intended to stick it to the patriarchy when she wore a cape to Sunday night’s Oscar ceremony, embroidered with the names of female directors snubbed by the Academy. But Portman’s stunt was mocked by British actor-comedian Ricky Gervais, who shared video of himself in a bathtub calling out “all the known Hollywood prevents who haven’t been caught yet.”

“Inspired by brave Natalie Portman, and her embroidered Oscars dress, I ain’t got a dress, um. So I’ve written on my body all the known Hollywood perverts who haven’t been caught yet,” Gervais says starring into a camera that shows him submerged in a tub of water.

“He’s a groper. But he paid them off,” Gervias says as he points to names of people he’s written on his body.

“Pedo,” Gervias says while pointing to another name.

“He’ll fucking stick it anywhere,” Gervais says of another name before adding of another “this cunt is a complete nonce.”

Portman made headlines when she hit the red carpet for Sunday night’s Oscar wearing a cape with the names of female directors who directed films in 2019 but weren’t nominated for an Oscar. 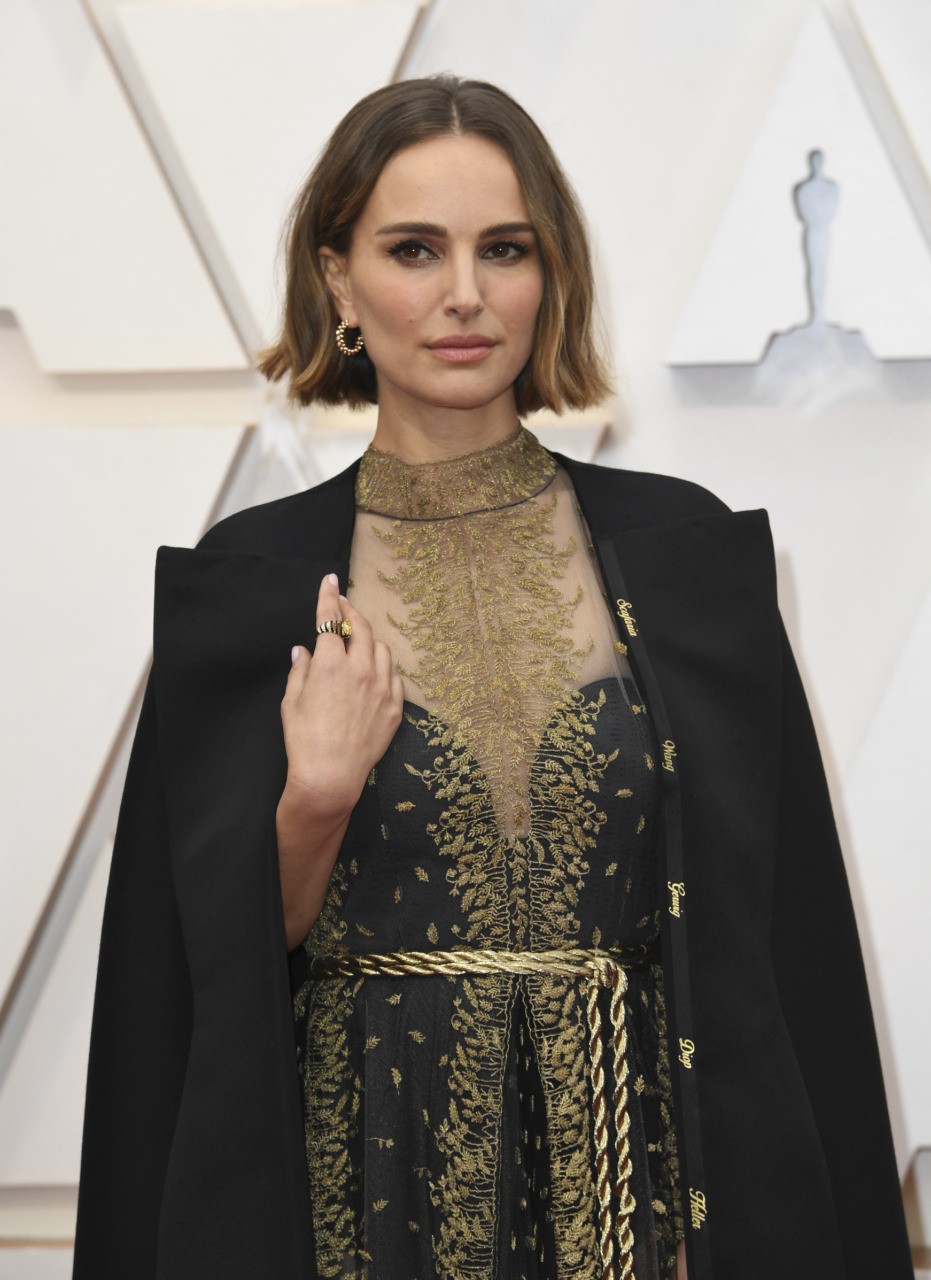 Portman, hoeever, has since been called out as being part of the problem in Hollywood by actress Rose McGowan.

“Natalie, you have worked with two female directors in your very long career- one of them was you. You have a production company that has hired exactly one female director- you,” McGowan said in a searing Facebook message. “What is it with actresses of your ilk? You ‘A-listers’ could change the world if you’d take a stand instead of being the problem. Yes, you, Natalie. You are the problem. Lip service is the problem. Fake support of other women is the problem..”

Roasting out of touch Hollywood elites is familiar territory and fertile ground for Ricky Gervais.

Last month, Gervais hosted the Golden Globes and warned the virtue signaling celebrities that if they win to “come up, accept your little award tonight… thank your agent and your God, and fuck off. No one cares about your views on politics or culture.”

He also called out Apple for its sweatshops in China and those who were aware of the allegations of sex abuse against Harvey Weinstein but continued to work with him for decades anyway.

“I can’t wait to hear all your inspirational speeches about equality, and it’s great that the 3 hours you’re here tonight is the only time your badly paid migrant house staff will get some time off to sleep this week,” he said.

“It’s great to see such diversity in the room tonight. Rich sex pests of all shapes and sizes,” Gervais later added.